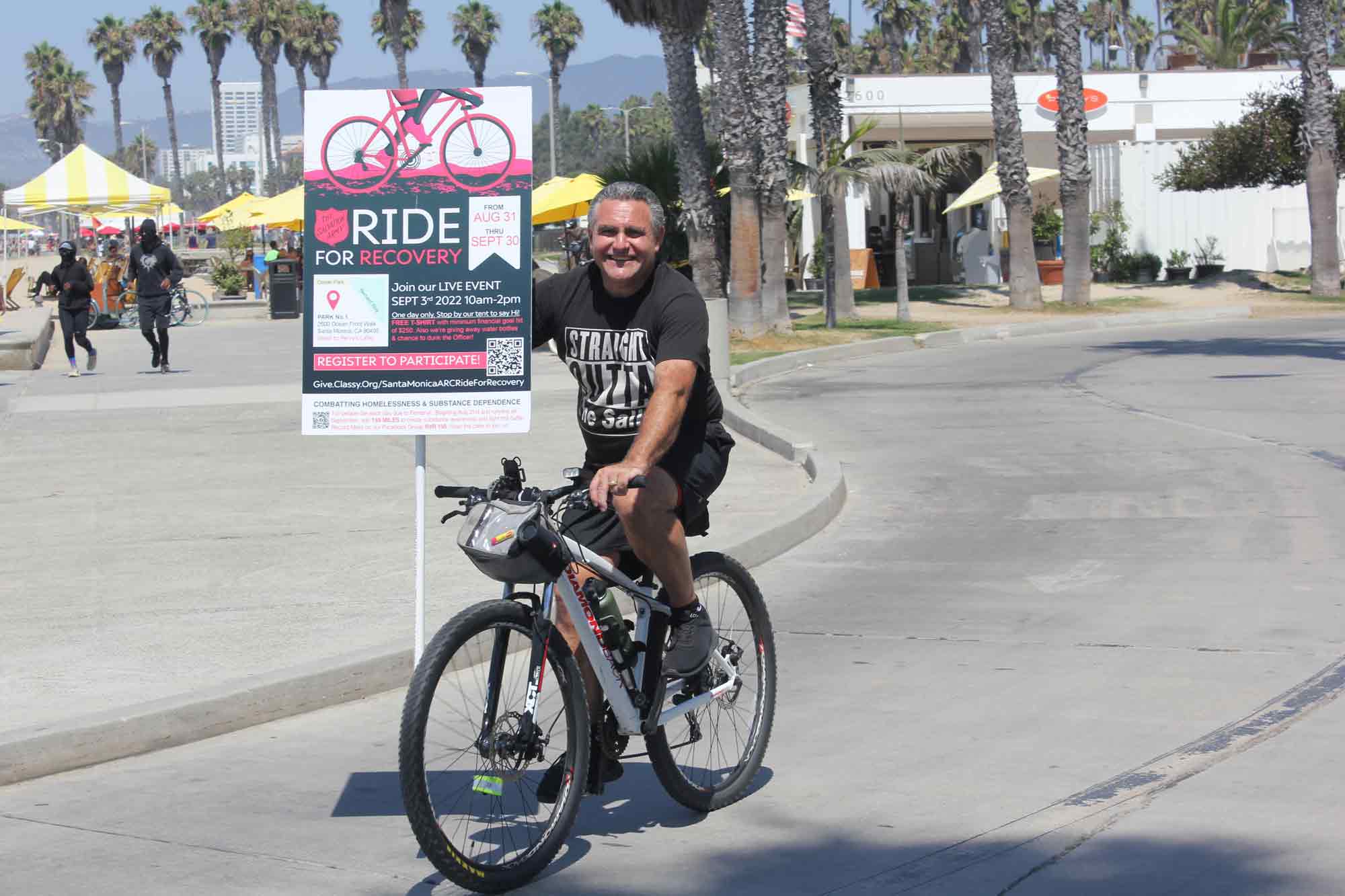 Each day more than 150 people die from overdoses related to synthetic opioids like fentanyl, according to The Centers for Disease Control and Prevention (CDC). To help bring attention to this issue and raise the “desperately needed” funds to fight it, The Salvation Army Santa Monica (California) Adult Rehabilitation Center (ARC) is partnering with the Santa Monica Corps for a month-long “Ride for Recovery” bike-a-thon.

“Together we can reach more people,” said Santa Monica Corps Officer Captain Katrina Fleming. “It’s really important. There’s a lot of broken people out here,” she added. “Our goal is to provide hope for the hopeless, restore people’s lives and really pull them out of that dark place.”

Beginning on National Overdose Awareness Day (Aug. 31) and running through the month of September (National Recovery Month) registered riders, along with their sponsors, can raise money for each mile completed throughout the month.

As a long-distance biker, Santa Monica ARC Business Administrator Captain Timothy Pemberton said while “doing the miles is easy,” the hard part is “getting someone to donate money.”

“The hard stuff is the important stuff,” he added, mentioning those interested in the cause also have the opportunity to donate outright. While this is the first bike-a-thon for The Salvation Army in Santa Monica, he said he envisions the event “going on year to year,” if successful. 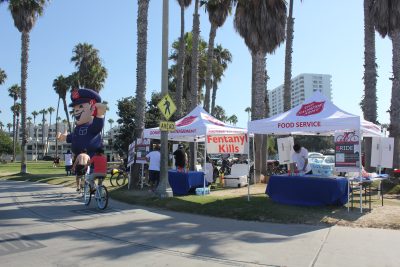 To kick off the Ride For Recovery fundraiser, Salvation Army leaders and volunteers joined together to raise awareness and begin logging miles. Photo by Lou Buhl.

“Our children are dying, our brothers are dying, our young men and women are dying,” said Santa Monica ARC Program Administrator Captain Tanya Pemberton. “It’s not talked about enough in our society right now.”

Through the lives of the ARC beneficiaries, Pemberton said she sees the dangers of fentanyl addiction and overdose first-hand. “Fentanyl is a drug that is so hard to kick, people keep on using it because they don’t know how to get off of it and then they die,” she said. “We had a guy that left our program just weeks ago and he went out, got some fentanyl and died right on the beach, face down, of a fentanyl overdose.” 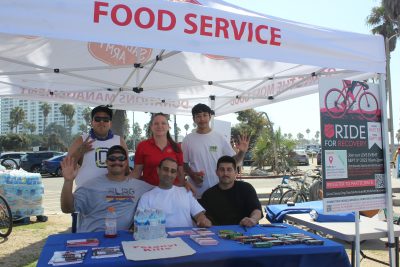 Stories like these, she said, have only gotten more frequent in the last two years. “It’s absolutely crazy…Before that, we didn’t know people that died that often,” she said.

The CDC reports that fentanyl can look like many other drugs in its powdered form, making it easy to mix it into other substances unbeknownst to the user. “You don’t know if it’s in heroin, meth or if it’s in a pill and it’s so strong that once it’s already in your system, there’s a chance you can overdose,” said Teddy Campos, an ARC beneficiary.

“It’s a very dangerous drug,” he added, noting he decided to volunteer for the live event in honor of his friend who recently died. “He got a hold of the wrong kind of drug and the drug was so powerful that he died in the middle of the street.”

In addition to honoring his friend, Campos said he volunteered to give back to the ARC. “Since I’ve been here, I’ve had a lot of support and there’s been a huge change in my life,” he said. 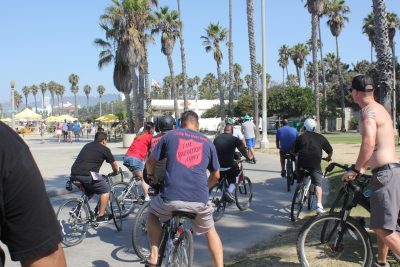 Similarly, ARC beneficiary Edgar Andrade said he chose to spend his Saturday volunteering because he’s grateful for the support the ARC has given him and he wanted to help raise awareness.

“I come from a really bad life of drugs and alcohol and today I get to live,” Andrade said while distributing flyers and water bottles to those passing by. “Today I get to have good moments with good people and learn about how to live a life without drugs without alcohol.” 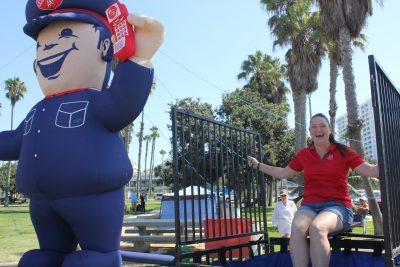 For those who missed the kickoff event, Santa Monica Corps Officer Captain James Fleming said he wants people to know they “haven’t missed anything” as there’s still plenty of time to get involved.

“The biggest thing you can do is keep sharing about the fundraiser on your social media. Keep spreading the word,” he said. “If anything, outside of the funding, we’re really just trying to raise awareness. People need to know fentanyl is serious and real.”

Funds raised from the Ride For Recovery bike-a-thon will go to support ARC and corps programming in Santa Monica.