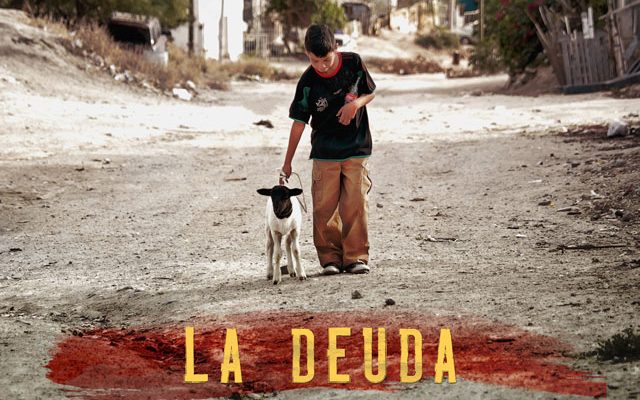 “La Deuda,” a short film by The Salvation Army Western Territory’s Multimedia Department, was acquired for distribution by HBO. Following its premiere on HBO Latino Feb. 1 at 5:50 p.m. PST, the Spanish-language film will appear on all HBO streaming services, including HBO Max.

“La Deuda” was nominated for the HBO Iber-American Short Film Award at the Miami International Film Festival in March 2020, but the festival was canceled mid-way through the event due to COVID-19 safety guidelines, and  “La Deuda” was later named a runner-up for the award.

“We want to showcase the continued power of Jesus’ parables and narrative storytelling to teach the universal truths we all need to understand,” said Lt. Colonel Lisa Smith, Secretary for Program in The Salvation Army Western Territory.

“La Deuda” is loosely based on Jesus’ Parable of the Ungrateful Servant found in Matthew 18: 21-35. In the film, a young boy named Victor lives with his father and beloved pet goat, Isabel, in a small village outside Tijuana. When Victor’s father’s debts catch up with him, he is given an ultimatum: payment in full, or the collectors will take Isabel, and turn her into goat stew.

“It’s a piece that can showcase a parable that Christ told that’s very unique,” said film director Jeff Prahl. “It’s not by the book.”

“La Deuda” was shot in December 2017 in the El Niño, Tijuana, Mexico. The idea for the film came about when Prahl was talking with Justin Rood, a former employee, and his then-fiancee, Maria Vera. They pitched the story tand got the green light.

Rood and Vera worked alongside Prahl and the Share Change team, producing and co-writing the film, which was shot in the small village of El Niño that Vera’s family lived in. In the closing credits, her family members are among the residents featured.

Prahl said the team was intentional in remaining authentic to the community of El Niño. The film featured an all-Mexican cast, all Spanish language with producers in Mexico and a composer who lived there.

One of the characters in “La Deuda,” Juan Pablo Samuel, has cerebral palsy. Finding an actor with cerebral palsy was important, Prahl said. He didn’t want an able-bodied actor playing the role. And the casting director delivered, finding an actor who fit the part but also had the proper Baja dialect.

“We were incredibly blessed to shoot in this community and tell it in a way that feels authentic to the community,” Prahl said.

The film premiered at the Miami Film Festival. While the main goal for “La Deuda” is evangelism, its secondary use is for sermon support. A companion Bible study in English or Spanish was developed based on the film.

“In keeping with The Salvation Army’s tradition of trying anything once to try and reach people with the gospel message, we have been afforded the opportunity through the unique medium of film,” said Multimedia Ministries Director Josh Cowing. “By creating these narratives that have some eternal message and then submitting them into secular film festivals to get them in front of audiences who might not be willing to see them, hoping it will speak to people.”

Prahl agrees. “Evangelism is not only successful with a conversion,” he said. “It is not a one-step process…It is a multi-step process for people…That’s why there is no altar call at the end. If this can build into what people have heard about Christ, then we have done our job as storytellers.”

See more in a companion Bible study to the film in English or Spanish.