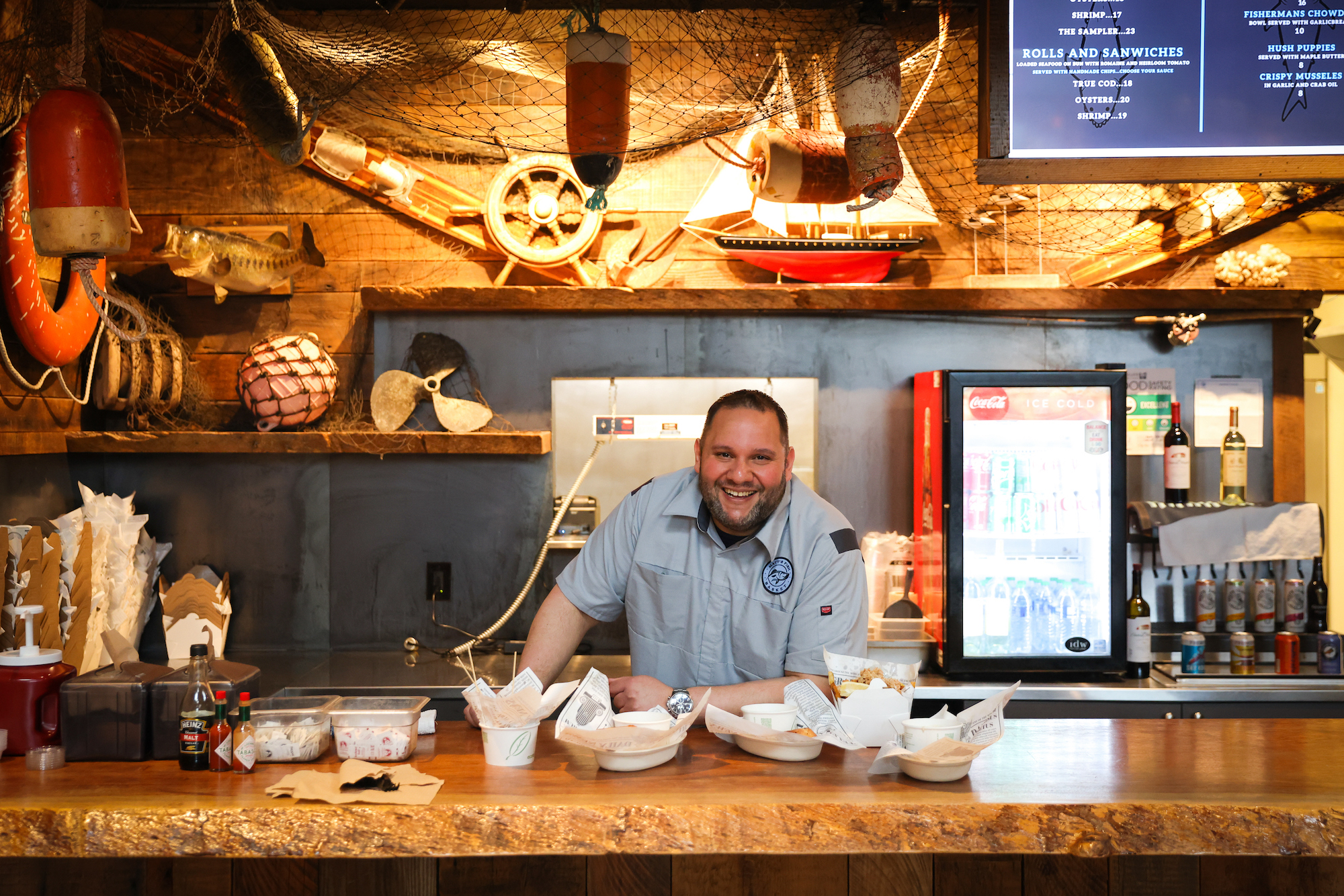 Steps from the Space Needle, you can find Mike Carter in the kitchen, serving up seafood dishes at Matt’s Fish Basket, where he is the general manager and chef. The restaurant, a purveyor of dishes like chowder, fried mussels and crab-topped french fries is one of three Carter oversees inside the Seattle Armory at the Seattle Center, along with Wok and The Bubble Tea Shop.

Carter was born in Brooklyn, New York. He said he lived with his mom and occasionally saw his dad. He was also chronically absent from school; he said he missed about 70 days throughout his elementary years because he would tell his mom he didn’t feel well. During his teenage years, his father passed away. After entering high school, Carter said he began to experiment with drugs and alcohol. 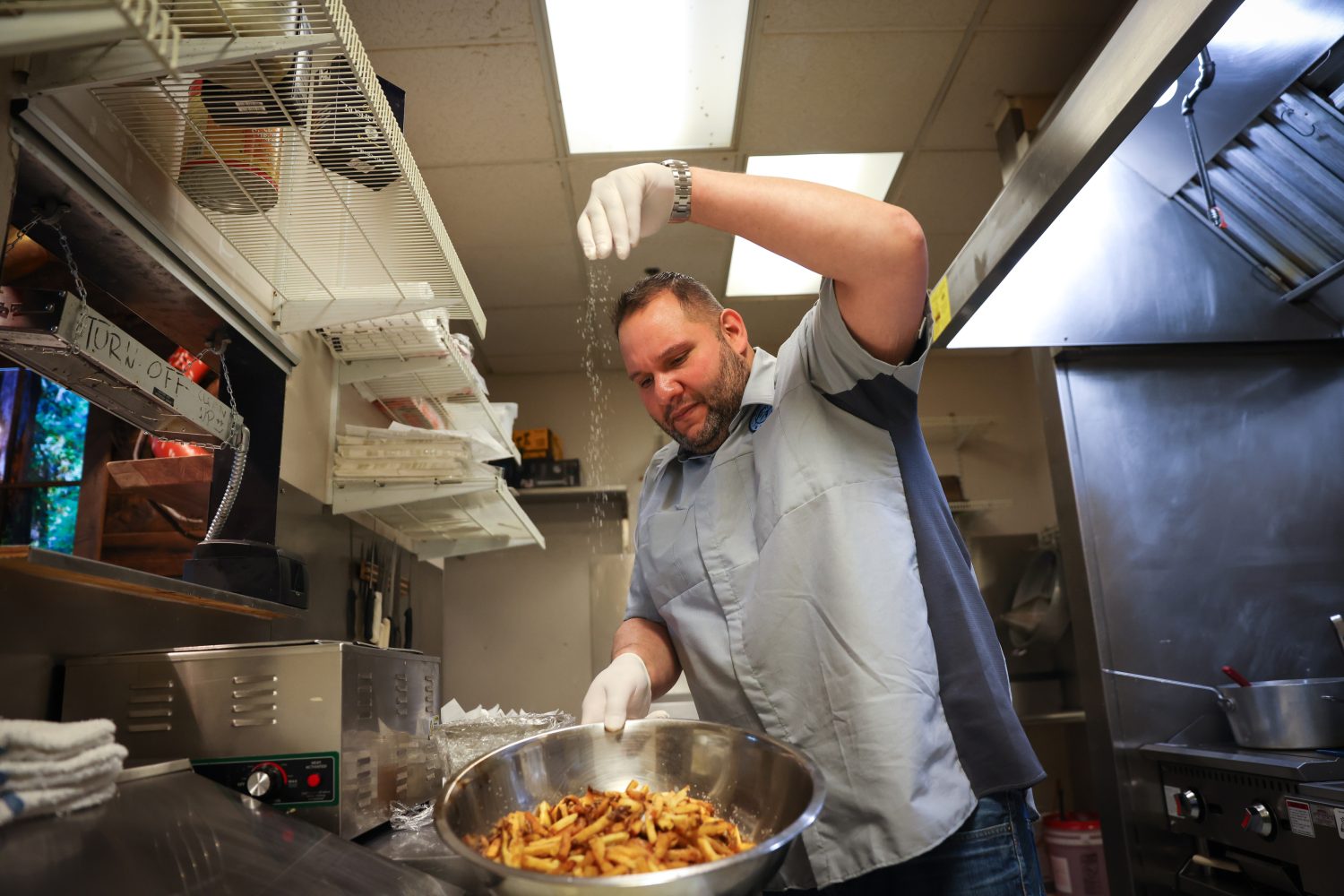 He left high school and said that his daily weed and occasional alcohol intake led to experimenting with cocaine around age 17. After a series of events, he got a job as a broker on Wall Street.

“They were these terrible people, but I wanted to be just like them,” he said. While he was financially successful as a Series 7 license broker, he said he did drugs all the time. “If anything, the job promoted doing drugs.”

It all came to a halt when he said he had to leave the securities industry for charges, including wire fraud. He said he moved to Florida and ended up in Seattle. There, his car was impounded, and he became destitute, he said. He tried to get into rehab, but faced challenges getting in because his residency wasn’t officially in Washington at the time.

That’s when he learned about The Salvation Army, he said, mentioning he was told it was a Christian program that would “work me really hard but feed me well.” And it was free.

“It’s probably been one of the greatest gifts,” he said of the program, noting the importance the spiritual component had on his outlook on life.

Today, in addition to managing the restaurants, Carter sponsors men going through the ARP. He estimates he has sponsored more than 100 men going through 12-step programs in conjunction with The Salvation Army over the years. He also cooks holiday meals at the ARP with other alumni for Christmas and Thanksgiving and said during the pandemic, he provided a number of contactless meals. 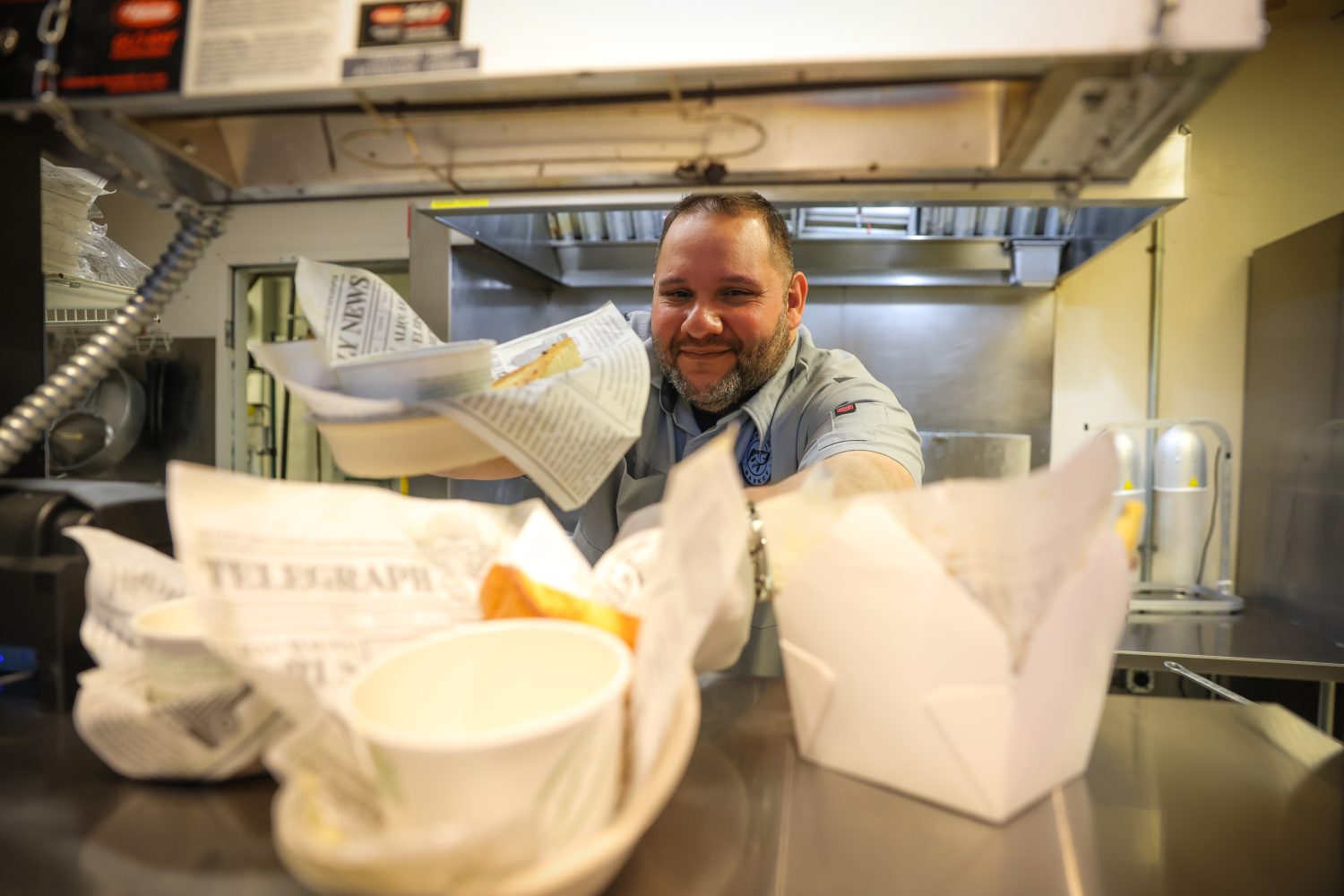 “He really cares about the people who are coming in who are new,” said ARC graduate Andrew Warfield.

Warfield knows Carter’s impact firsthand. The pair met nearly a decade ago through The Salvation Army and another nonprofit called FareStart, which has an adult culinary program. Warfield said Carter hired him on the spot as a cook.

“He really helped me get my life together,” Warfield said. “When I left The Salvation Army, I didn’t know what to do. He got me a job. He got me on my feet.”

Through events and mentorship through the center, Carter is frequently asked for work by beneficiaries of the program. He said he’s always willing to help, but he has some ground rules for hiring men coming out of the ARP.

“I tell them, ‘Listen, you must graduate. I’m not going to talk to you about a job until after your graduation,’” he said. “I think it’s a good motivation. It keeps guys grounded.”

While Warfield had an interest in the restaurant industry, he said at the time, he wasn’t sure what he wanted to do long-term. Previously, he worked in construction, but he said going back wasn’t an option because he “could never be clean and work construction.” 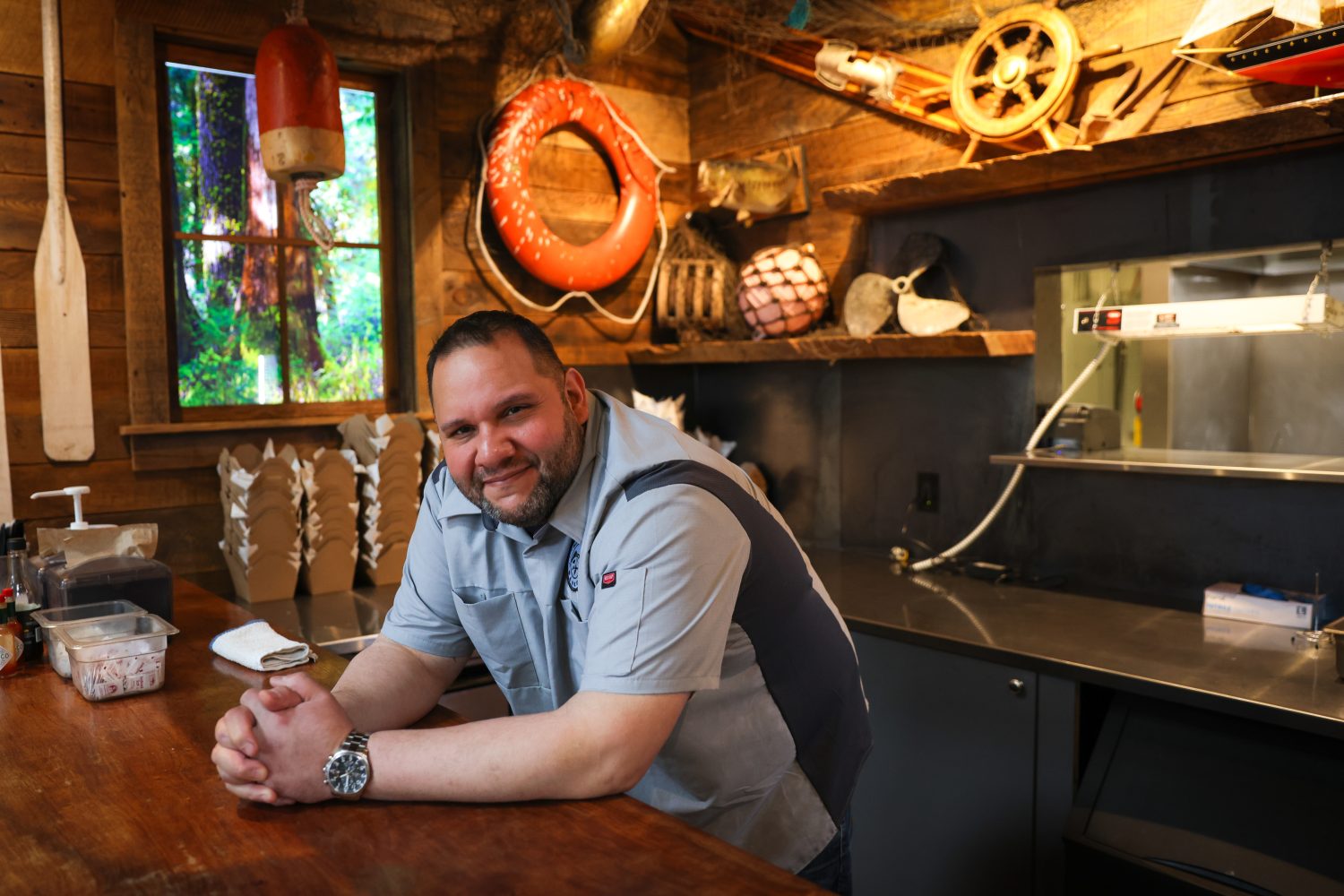 Warfield went to school to be a drug counselor, and after earning a spot on the President’s List with his grades, he said he felt God was changing him, and he stopped pursuing psychology and started studying business all while cooking for Carter’s restaurants.

“[Mike] always worked with me and my schedule so I could go to school and get educated,” he said.

Today Warfield holds an MBA and works in management for a shipping company, handling contracts and estimations. In many ways, he attributes his professional journey to advice he received from Carter: “You’re a hard worker but you should start working with your mind because that’s where you’re actually going to prosper.”

Carter wants to see others succeed. He said it’s gratifying to both parties.

“The one thing that I always try to try to instill in the guys is that I’m not here for The Salvation Army…I am here to be of service,” he said. “Where is it that I can help?”

Warfield said today, he and Carter stay in contact—they’re friends. “He’s always been someone who has given back more than most people,” he said.

“The process from going from complete addiction to normal life is kind of emotionally challenging for most people who have to do it, myself included,” Warfield said. “But if we have friends like Mike or people who are there to support us…it makes it a little easier.”