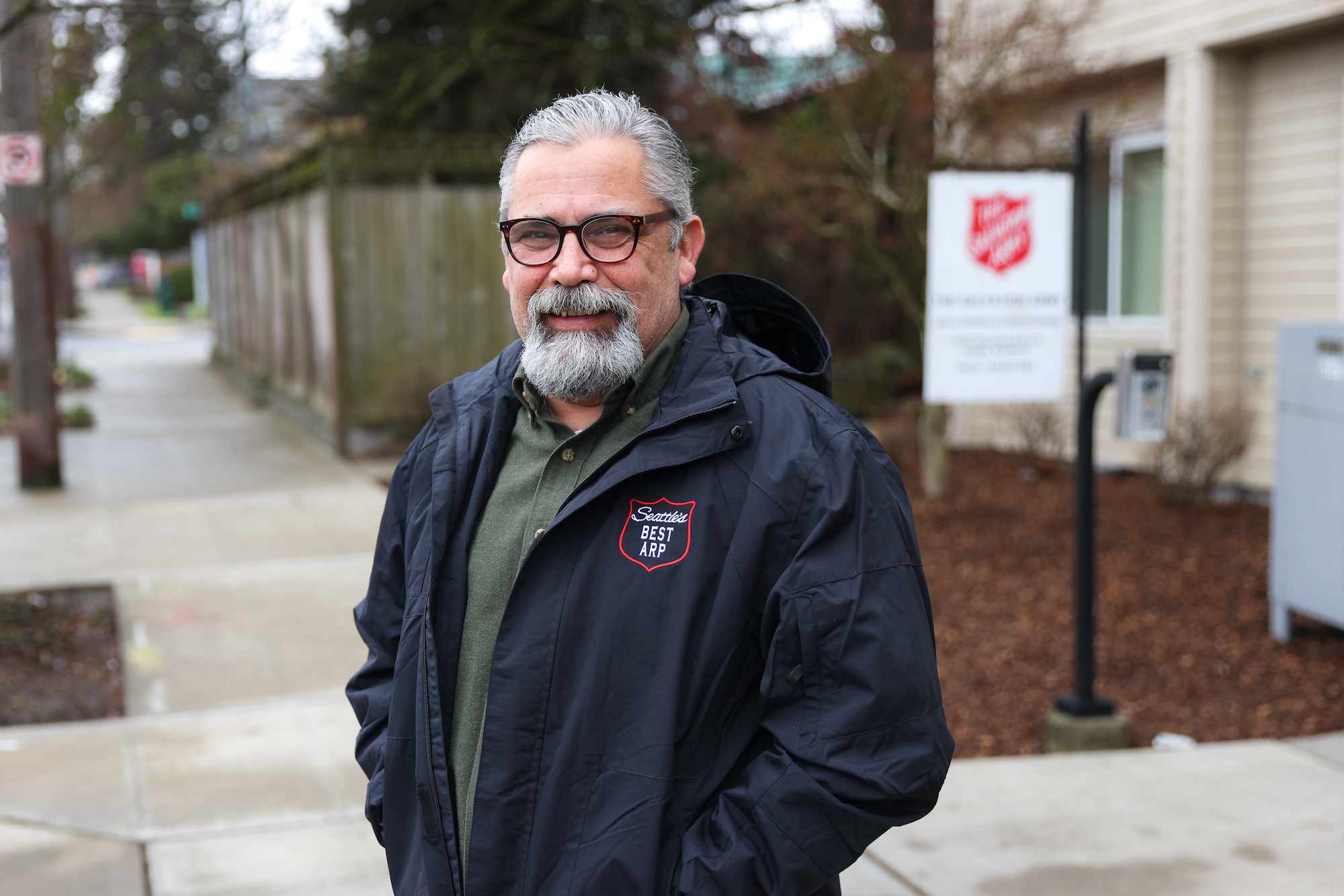 To find long-term success in addiction recovery, The Salvation Army offers spiritual support as a pillar of its programs.

Before receiving help through The Salvation Army, Intake Coordinator Robert Wollitz said he was “anti-higher power” even though he grew up with Christan beliefs. “I didn’t have a relationship with God,” Wollitz added. “That wasn’t a part of my life.”

Wollitz said this became his “routine” following his graduation from the program, helping him to stay sober for over a year.

“Then Covid hit,” Wollitz said. Lockdowns and social distancing made attending church and finding fellowship with others difficult. It wasn’t long before Wollitz said he returned to his “old ways and old thinking” and “started drinking again.”

Through this hardship, Wollitz said he realized the foundation he built for his sobriety needed to be strengthened. As Wollitz questioned what to do next, he turned to fellow Bakersfield ARC graduate Cesar Acosta-Torres for guidance.

As ARC beneficiaries make their way through the no-fee, six-month program Acosta-Torres said certain men have the opportunity to become mentors for others. “Robert was actually my first mentee,” Acosta-Torres said.

When Wollitz entered the ARC program in 2019, Acosta-Torres said he was in “pretty bad shape,” as he underwent withdrawals from alcohol. “I understood what he was going through and my heart broke for him because it’s a very painful process,” Acosta-Torres said, having been through the same process himself three months prior.

As Acosta-Torres and Wollitz graduated from the program, the two remained close friends and supported each other in their recoveries.

Acosta-Torres said Wollitz had “a hard time” adjusting to life in isolation during the pandemic. “He was one of those guys that never missed an alumni chapel. He was there every week—diligent, you know?” Acosta-Torres added.

At the time, Acosta-Torres was serving as the program coordinator for The Salvation Army’s Adult Rehabilitation Program (ARP) in Seattle, Washington, where he suggested Wollitz move to receive further support in his recovery.

“I would reach out to him, but he wasn’t ready,” Acosta-Torres said. “But I never gave up on him. I love him…He’s like a brother to me.”

“I’m basically following in his footsteps,” Wollitz said of Acosta-Torres. “Everything that he told me is pretty much working out and it all falls back on trusting God, trusting the process of letting go and what’s going to happen is going to happen.” 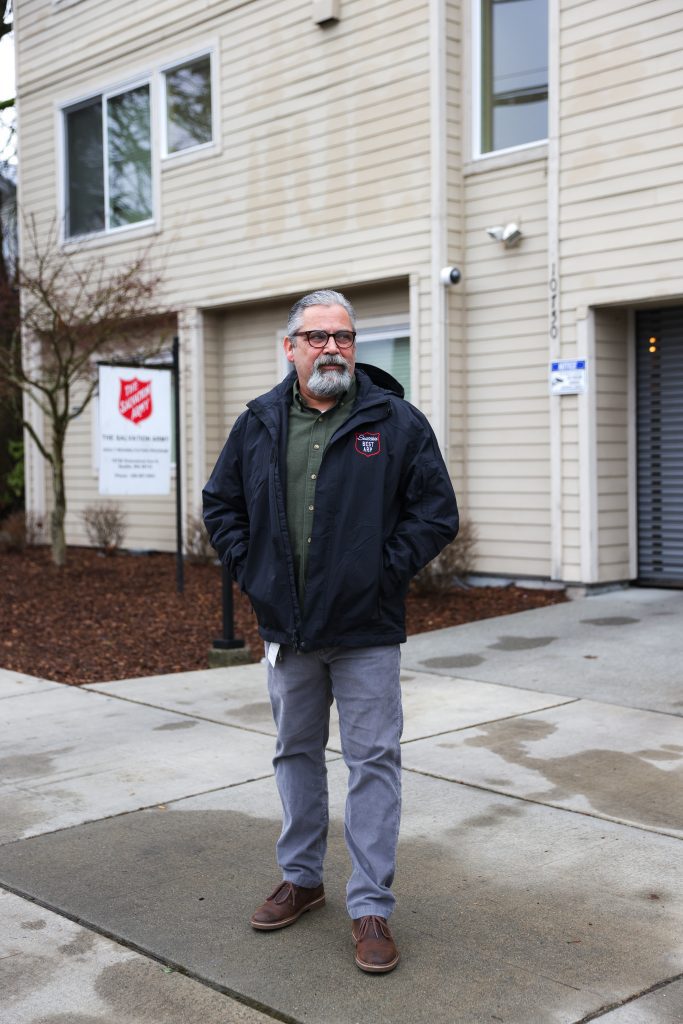 In 2021, Wollitz made the move to Seattle and enrolled in The Salvation Army’s ARP. Unlike ARCs, ARPs are run by the local Salvation Army corps rather than the Western Territory’s ARC Command—however, both offer six-month rehabilitation programing and housing at no cost.

When reflecting on his struggles with sobriety, Wollitz said his recovery relied too heavily on the routine he built for himself and could no longer fulfill.

This time, at the ARP, Wollitz said he wanted to “go all-in on the spiritual side” of his recovery. For Wollitz, he said this meant figuring out who God was and how a relationship with him could benefit his recovery.

“I just needed to know more about it and understand it more and I think that’s what The Salvation Army did for me,” Wollitz said.

Through the program, Wollitz said he was taught how to “build a relationship with God” and how to “have a friend in Christ.”

As Wollitz’s spiritual side began to deepen, he said he started to feel “accountable to God,” which helped him from “making bad choices or doing the wrong thing.” “That’s what I think I’ve all ultimately always wanted or needed,” he added.

“There’s nothing stopping me from having a drink tomorrow other than my faith in God, and I have to be accountable to him for that,” Wollitz said. 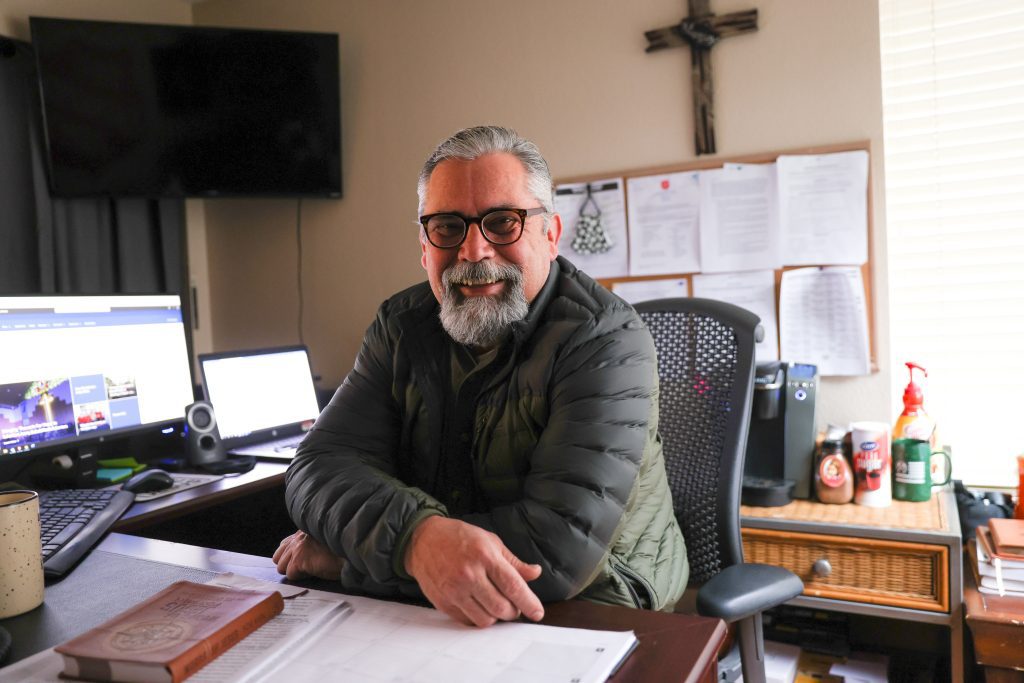 Robert Wollitz uses his experience in recovery to help others at The Salvation Army’s Adult Rehabilitation Program in Seattle, Washington. Photo by John Docter.

When Wollitz entered the ARP, Program Manager Mitchell Jump said he appeared to be “spiritually bankrupt.” Jump said Wollitz had a hard time coming to terms with his past and the destruction he caused, but by working “from the inside out,” Jump said he began to see Wollitz change for the better.

“He started diving into 12-step recovery work along with exploring and growing his faith,” Jump said, resulting in Wollitz’s “pride and ego” to fade as he allowed “God to steer the wheel.”

“The biggest thing you have to do to be a believer is to trust. Trust what you believe in and have faith…that’s the hardest thing to overcome,” Wollitz said.

During the program, Jump said beneficiaries are provided a variety of outlets to grow in their faith including daily devotions, bible studies, as well as spiritual classes and counseling.

“The spiritual part of recovery is a key component,” Jump said. “We encourage and provide all the support for our participants to explore their walk with God.”

Mid-way through Wollitz’s program, Jump said he began to notice Wollitz’s gifts as a leader. Jump said Wollitz had “a natural ability” to serve as an “advocate and walking example” of what it looks like to find success in the program.

After graduating from the ARP, Wollitz said he decided to stay and apply for the role of the ARP facility’s intake coordinator. After accepting the job offer, Wollitz said he felt “super blessed and grateful.”

“The gratification I get out of being an intake coordinator is probably the best,” he added. “If I can help guys that have the same problem that I have…it’s rewarding in ways I can’t even talk about, you know? It’s just really a really good feeling that comes over me.”

By using his own experience in recovery, Wollitz said he can connect with incoming beneficiaries. “As soon as I hear their story, it’s like I know exactly where they’re at. I’ve been there and I can almost tell you what’s going to happen if you don’t stay in the program or if you think you can do it on your own,” Wollitz said. “Even though we’re different people, we’re all alcoholics or addicts.”

Wollitz said not only does his intake coordinator position “keep [him] sober,” but it also helps him to stay connected to The Salvation Army and “give back” to others struggling with addiction.

“It’s very gratifying to bring guys like me in this program and then see them do good,” Wollitz added.