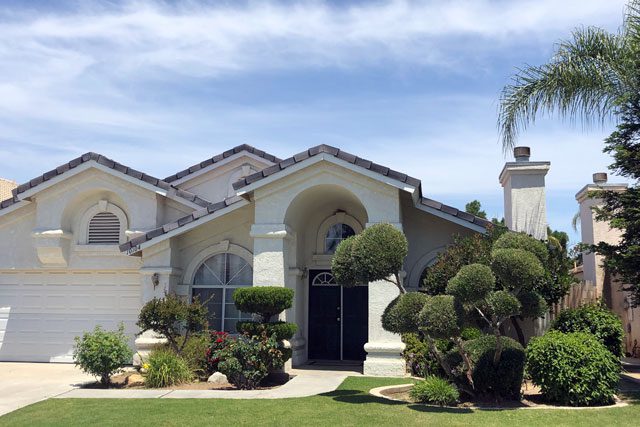 The Bakersfield (California) Corps had a vacant house and the Corps Council debated what to do with it—should they rent it? That’s when an idea arose from talking with the Bakersfield Adult Rehabilitation Center (ARC) administrator.

With the problems facing ARC graduates in mind, the solution for the vacant property was apparent: the corps decided to use it to open its own sober living facility, and started the paperwork process for it in August 2018.

In April, the Bakersfield Bridge House became the first bridge house facility in the Golden State Division. The home can accommodate six men, and currently has four residents. It prevents homelessness by bridging the housing gap in a critical time of recovery.

“It’s important that we continue to look for new ways to expand our services, to increase the impact we have in transforming people’s lives and so the Bakersfield Bridge House is one example of that for the division,” said Golden State Divisional Commander Major Darren Norton. “It’s a new program that is going to have a real transformational effect on men who come through the ARC program and need an extended stay in a supportive environment and we believe that’s important throughout the division.”

The Bakersfield Bridge House is different from the ARC’s transitional housing in that it has a two-year time frame instead of the one year in the ARC. Additionally, ARC graduates are eligible to live in the bridge house up to five years from their graduation.

The house is modeled after the Pasadena Bridge House, which came to fruition while Norton and Divisional Director of Women’s Ministries Major Mary Norton were the Corps Officers at the Pasadena Tabernacle (California) Corps.

“When we mentioned [the idea for the home] to them when they became our divisional commanders in June, he had program documentation for them to help,” Pope said. “He was very instrumental in helping get the program together with THQ, DHQ, having all of the policies and procedures.”

Because the bridge house is corps-run, residents are required to attend Alcoholics Anonymous and Narcotics Anonymous 12 step meetings. It’s a sober living home, so they also have to pass random drug tests administered by a house manager. Residents must also attend four corps functions or meetings a month, which includes Sunday meetings or Bible studies.

“The idea in that is to bridge them into the corps, getting them involved as part of the corps family,” Pope said. “We want them to feel like they’re not just living in our house, they’re getting plugged into the corps.”

Todd Baker is a resident of the Bakersfield Bridge House who graduated from the ARC in February 2018, and remains on the advisory council. He lived in the ARC’s transitional house before moving in with his girlfriend.

After getting plugged in at church, he felt convicted to no longer live with his girlfriend and moved out, but the pair are still together. Because he’d stayed in contact with the Army through the ARC where he sponsors other men, he was told to talk with Pope. Baker then became one of the house’s first residents, a brotherhood he enjoys.

“We’re all really involved with each other’s lives, not in a gossipy way. We do recovery together. It’s a very solid, comfortable place,” Baker said. “We all work full-time, we have lives, we have girlfriends, three of the four of us have kids. We run a busy life, but we’re there for each other as needed.”

Baker said the housemates watch TV and cook together, and mostly everything is shared—except for if someone’s meal is prepped, in which case it is the understanding it is not for grabs.

“It’s very open,” Baker said. “We share everything. We are a family.”

Three of the men also share the same sponsorship lineage in Alcoholics Anonymous. Baker said because of it, they all worked their steps the same way, and have similar views on life in recovery.

“They’re excited, they’ve already taken ownership of the house,” Pope said. “Having all been grads of the Bakersfield ARC they all know each other…the alumni at the ARC are pretty close. It’s kind of cool because you can say I got an application from that guy and they’ll say ‘he’ll be a good fit in the house.’ The fact they all know each other is helpful, too.”

For Pope, the use of the space for good is a relief. While the paperwork took the better part of the year, he hopes other corps consider bridge housing, and offered to pass along his paperwork know-how. The bridge house’s residents, too, hope for other ARC graduates to experience the supportive environment.

“This was an opportunity; it was an amazing opportunity. I would hope that other corps churches would look at this also and see that there is such a benefit to this, to having a program like this,” Baker said. “I am blessed. I don’t deserve it. I worked my behind off to get to this point of my life and I’m getting the benefits now. It’s an honor.”