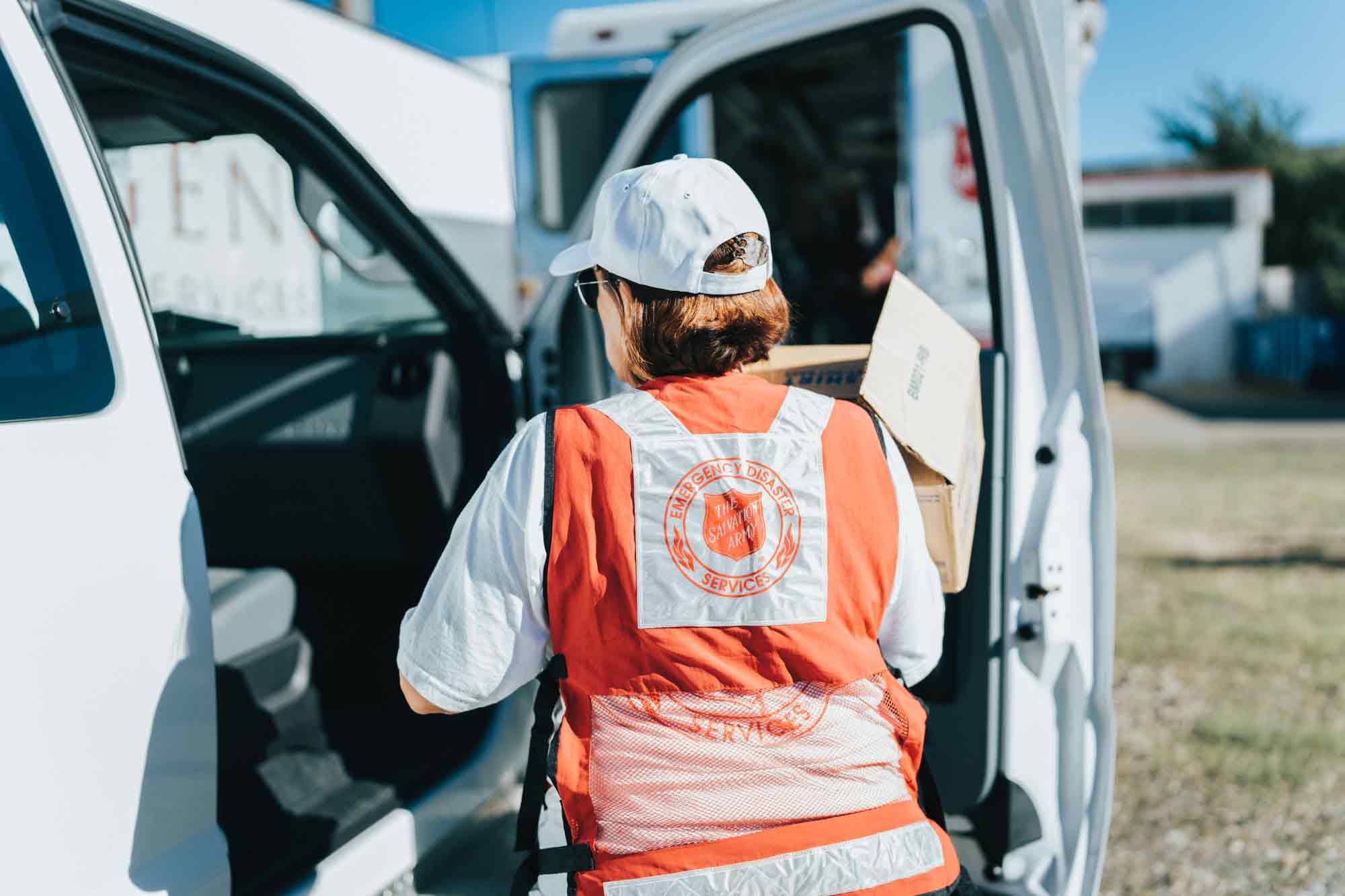 Thirty years ago, Hurricane Iniki struck the island of Kauai Sept. 11, bringing rain and destruction. It is widely regarded as the worst hurricane in Hawaii history. Lihue (Hawaii) Corps Officer Captain Shawn Keoho said she still hears about the historic storm—and The Salvation Army’s response to it—from people in the community.

Her neighbors have told her: “If it wasn’t for The Salvation Army, I don’t know what would have happened to our community; they were the only ones out there providing food, water and services within hours of the hurricane.”

“The Salvation Army is fondly remembered by their action, kindness and support of a community that was devastated,” Keoho said.

While the community remembers The Salvation Army’s efforts in response to Hurricane Iniki 30 years ago, the Army continues to meet human needs and serve as needed in response to natural disasters occuring in Hawaii and the Pacific Islands.

Hawaiian and Pacific Islands Divisional Commander Major Phil Lum remembers the aftermath of Iniki well. As the then-corps officer for the Koloa corps, he weathered the storm in a community center and was among the first to respond to the devastation.

“We were the first ones on the ground, even before the military or any other commercial flight,” Lum said. “And it was the very next day, which was amazing.”

Lum recalled seeing the typically lush island’s trees devoid of leaves during a helicopter ride several weeks later, saying it was like a “weedwacker had gone through the entire island.” All that was left of some structures was a concrete slab and a refrigerator, he said, noting some parts of the island took up to six months to regain electricity.

“Every single person was impacted, and it didn’t matter how wealthy you were, or what neighborhood you lived in…Everybody was in need,” Lum said. “And, because we were there, everybody was the recipient of The Salvation Army’s services in one way or the other.”

In the first 36 hours following the storm, more than 21,000 people had been assisted, with 64,000 meals served, according to New Frontier. The Salvation Army also established two shelters on the island that housed a combined 1,000 people.

Among Lum’s memories of the response is the Army’s long-term efforts. He said for 12-18 months following the storm, The Salvation Army repaired homes the county had tagged as damaged. The homes had been assessed and marked with colored tags—green tags meant the home was liveable, yellow meant it needed repairs.

Lum said The Salvation Army was able to gain the support of volunteer contractors, electricians and carpenters, mostly from Honolulu, but also from the mainland, to address the issues that caused the yellow tag.

“We would go around and look for the homes that were tagged yellow, and then our volunteers who had some bit of expertise would go in and say, ‘Yes, we can fix this,’” he said. “We went around repairing homes so that they went from a yellow tag to a green tag so that the family could actually live there.”

Victor Leonardi is the Divisional Director of Emergency Services (EDS) and Safety and Chair of Hawaii State Voluntary Organizations Active in Disasters (VOAD). While he was not a part of the response 30 years ago—he started working in EDS in May 2018—he said the memory of the storm is still alive in the area and discussed in response-related meetings.

“A lot is talked about how the community helped each other. How they were told the storm wasn’t going to [impact] them, but overnight it took a hairpin turn and hit Kauai head-on, so they weren’t prepared,” he said. “We still use Iniki as planning tabletop exercises in disaster planning in The Salvation Army, but also in local and state government planning.”

Since Iniki, The Salvation Army has gone on to help in a number of disasters, including the 2018 Puna Lava Flow and Super Typhoon Yutu in Saipan. Each disaster response can shape future responses.

“It helps us look at the community and see how we can more effectively serve those struck by disaster and better offer hope and services that are best for the survivors,” Leonardi said.

For Lum, a major aspect of The Salvation Army’s disaster response is due to its structure.

“The Salvation Army is able to respond so quickly because we are already on the ground,” Lum said. “Our homes and lives are disrupted by the natural disasters, yet we serve the community in greater need.”