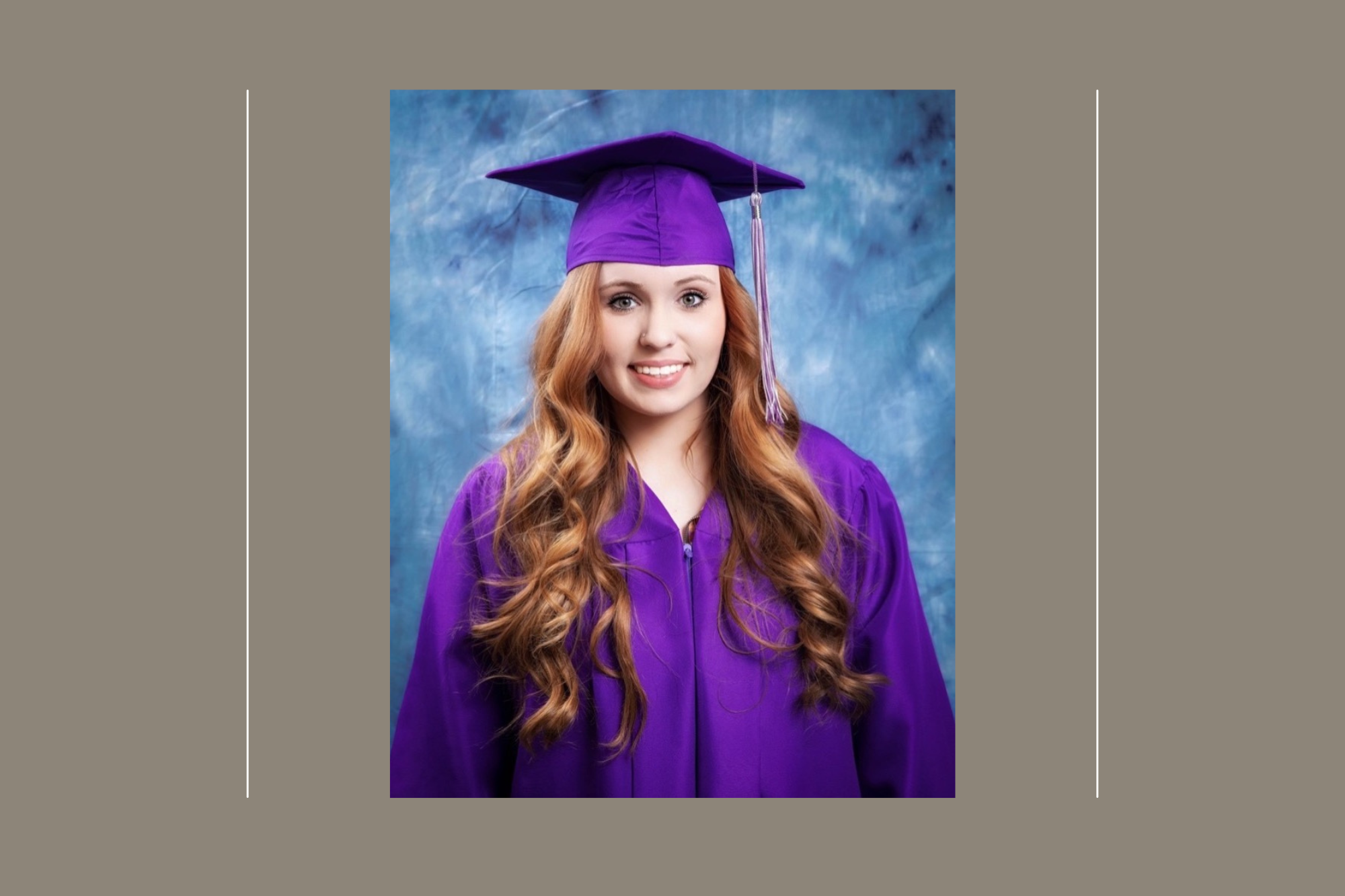 Rebecca Arnold was on track to complete high school in her hometown of Marsing, Idaho, and go on to college.

Late in her junior year, however, life took an unexpected turn. She was pregnant. Although she wanted to leave school right away, her mother convinced her to finish that year, leaving her just one year shy of her diploma. She gave birth to her son, Deklyn, in December 2018, at age 17.

Arnold didn’t want to wait to get her diploma. She began working on her GED and passed the English test, but afterward she said she psyched herself out. The GED route wasn’t working for her. Then, she became pregnant again, and her son, Lawsyn, arrived in July 2020. She took a hard look at the future—for herself and her sons.

Arnold said she told herself, “You know what, I’ve got to get things rolling with my education.” She started trying to get her GED again, until she heard about Cardinal Academy from a friend who found it on Facebook.

Located on The Salvation Army Booth Campus in Boise, Idaho, Cardinal Academy is a cost-free charter school for pregnant and parenting young people—women and men—ages 14 to 21. The Salvation Army Booth Program for Young Parents partners with the school, providing wrap-around services, including on-site childcare; personalized support and counseling; free breakfast and lunch; food pantry; prenatal, parenting and life skills classes; and an incentive store. The store stocks items parents might need and accepts payment with “Booth bucks,” which students earn by showing up for class and participating in group exercises.

According to the CDC, about 50 percent of teen mothers earn a high school diploma by age 22. The Salvation Army has a long history of helping women in difficult circumstances. In Boise, it has served young parents for more than 100 years, in its earliest years with the Booth Memorial Hospital for young parents. The program has evolved over time to meet current needs.

Arnold said she immediately had a good feeling about Cardinal Academy.

“Literally, the first thing I noticed when I walked in for my tour was a sign on the wall that said, ‘You belong here.’ That’s when it clicked,” she said. “I need to go to school here.”

She enrolled and started classes within a couple of days. The welcome sign became her spot. “That’s what really drew me in,” she said. “That’s where I’d sit when I was breastfeeding Lawsyn while I was in school.” She said she appreciated having her kids onsite and being able to breastfeed; the school had spots designated for this and even allowed breastfeeding in class.

“It was nice knowing my kids were taking this step with me and growing with me as I progressed toward graduation,” she said.

“Rebecca made an impression on her first day of school with other students, faculty, and us as [Salvation Army] corps officers in the way she cared for her future and two sons by continuing her education at the Booth Program for Young Parents,” said Major Thomas Stambaugh, who leads The Salvation Army in Boise with his wife, Kimberly.

Arnold said the Stambaughs were at the school every day. Along with some of her teachers, they acted as mentors.

“Every morning they would come eat breakfast with us,” Arnold said. “They would ask about the babies and they would hold them while we were eating…I could easily go talk to them. They were ready to listen. They treated me like I was family. And if I had a bad day, they would always, always, find a way to make it better.”

Arnold said the Stambaughs wanted to know what the students liked about the Booth Program for Young Parents and for suggestions, as they aimed to make the program work for all the students.

“We had so much help between the staff and The Salvation Army…and the teachers were very understanding—they weren’t just teachers,” she said. “They were there to support you and push you and [let you] know you’re not alone.”

Stambaugh said Arnold worked hard in class and set goals to make the most of her education. During a career day at school, she considered the possibility of entering a traditionally male-dominated field—welding and plumbing—when she connected with Michael Parker of RM Mechanical, who saw her potential.

“I’ve always had an interest in welding,” she said. “I think it’s cool. I like doing hands-on, hard, dirty work.”

Today, Arnold is on track to become a journeyman plumber with RM Mechanical. She just started her time as a plumber’s apprentice, which requires not only working in the field but also night school three times a week.

“For five years—every September through April—I’ll be doing my apprenticeship and school,” she said. “And once I hit my fifth year and I’m done with it, I’m considered a journeyman…Technically, a journeyman is a full-fledged plumber, allowed to do jobs on their own.”

She said she’s doing this for her kids. And she is thankful for her family; she lives with her parents.

“It’s my parents, my little brother, me and my two kids,” she said, explaining how her parents help transport her boys to and from daycare and watch them when she’s at night school. Her grandmother also watches the boys twice a week. “I get a lot of family support, very much needed,” she said. “I wouldn’t be where I’m at right now, if I didn’t have them.”

And she said she’s always up for helping The Salvation Army for the school in any way possible.

“Since graduation Rebecca has kept in communication with us about her career, and when she visits the campus she encourages the new, young, parent students that they can do this,” Stambaugh said.

Arnold had a message for young parents.

“You need to know that just because you have a baby, your story is not over. It doesn’t mean you’re a failure,” she said. “It just means you have to work a little harder, which is OK. And you’re taking a major step, but you’re doing it with your baby. It makes you stronger. I support any young parent out there that’s doing this because it’s not easy. I am here for them. And The Salvation Army is there for them. There’s always help. There’s always hope.”