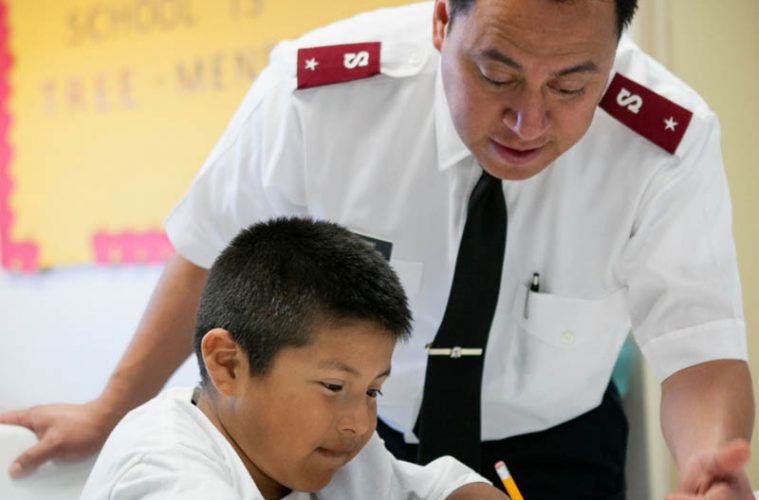 Across the West, The Salvation Army shapes young lives through mentorship programs.

Mentors can change a child’s life for the better, guiding through major decisions and supporting goals and ambitions to navigate through life. This is especially true for at-risk youth, struggling with the adversities of their surroundings.

Keeping these benefits in mind, many Salvation Army corps and facilities are making mentorship a key component of their youth programming, adopting creative and innovative ways to do so. And it’s not new. Jim Sparks, Western Territory Director for Youth Ministries, said mentorship has been a long-standing focus of the organization’s youth outreach.

“It’s one of the strengths of The Salvation Army. When a child is lost or seeking a way, there’s always a handful of people willing to step into a mentorship role,” Sparks said. “It’s just a natural thing in the Army to step in the gap in kids’ lives and it works.”

The need for mentorship is great, he stressed, as many children may not have access or funds for other mentor-based programs in their communities. 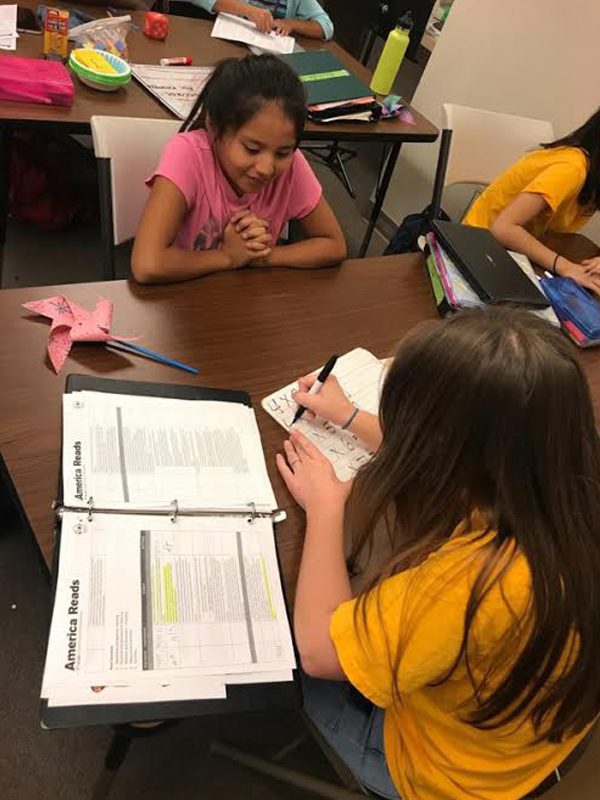 A student works on one-on-one activities with an Arizona State University tutor.

“If The Salvation Army can provide that for them with little to no cost, then they stand a chance,” Sparks said. “It allows the children to figure out what they want to do in the future…A lot of the kids we have, they don’t know. ”

Sparks said the Army’s strength in this arena is the array of programs in place or emerging to meet the need for youth mentorship.

“If you’re interested in a certain path, then there’s a very good chance that The Salvation Army has an avenue for that,” Sparks said. “We’re leveraged so well because we are so diverse, not only in our population, but in the programs we operate.”

With 60 kids enrolled, the program is open to students up to grade 8, and features interactive education activities based on Arizona Academic Standards. The kids work on their homework with their tutors, and participate in one-on-one and group activities focusing on math, reading and writing, as well as extracurricular opportunities.

Students are referred from Kenilworth School, brought to The Salvation Army after school and are tutored and mentored by Arizona State University students who are part of a federal work-study program.

Terron Craig, Phoenix Citadel Program Director, said that mentorship is a necessary component of the program as it gives participants life skills, such as budgeting, time management and college preparation, in addition to educational support.

“Everybody needs a mentor at some level,” Craig said. “These mentors are helping these kids to maneuver life in a way that they…never thought about.”

Vaughn Knutson, an Active Learning Program tutor and mentor, said he sees the children’s confidence growing through the program.

“These kids are smarter than they give themselves credit for,” Knutson said. “A lot of them don’t think college is really on the table for them, so as mentors, we may be the only person in their lives that are encouraging them to go to college, or that are trying to encourage bigger dreams for what they can do in life.” 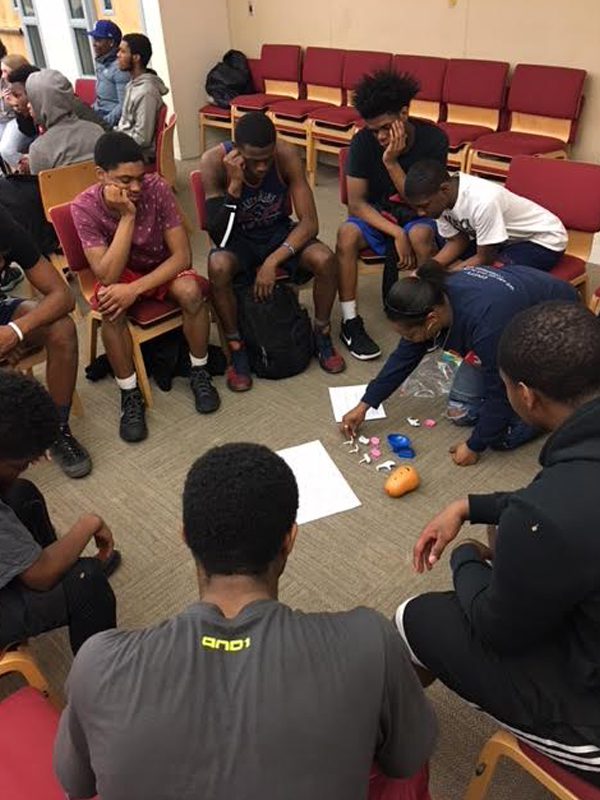 Xochitl Martinez, 12, a student in the program, said her mentors and tutors are helpful and nice.

“They actually seem like they want to help us and make us better,” she said.

Farther west, The Salvation Army Chico Corps provides a mentorship opportunity for its youth in Chico, California, through welding.

Pedro Castro, a graduate of The Salvation Army Adult Rehabilitation Program in Chico, uses his skills as a professional welder to give back. He decided to start the Youth Welding Group at the corps to teach kids welding basics and serve as their mentor.

“Growing up, I didn’t have role models in my life who were there to teach me things for my future or a career,” Castro said. “I just wanted to be that light or to be that role model that would say, ‘Hey kid, pick this up and let me show you how to do this before you go out into the world.’”

Lt. Arwyn Rodriguera, Chico Corps Officer, said this is a rewarding mentorship experience for both Castro and the kids he teaches.

“For Pedro, it’s important to give the opportunity he never had to the next generation to provide another way for them to feel loved, accepted and appreciated, and so they have a skill where they feel like they’re contributing,” Rodriguera said. “All the kids in the program right now are being raised by single moms. For them to have a positive male role model is great.”

“He’s the best!” Holt said. “He teaches how to weld stuff, and how to turn the machines on.”

At a more wide-spread level, Redwoods is a territorial program in which young adults are encouraged to create like-minded groups about anything from making coffee or going for a run.

Sparks said the ideal group would be multigenerational, with participants spending time with others who care about the same thing. There is also a spiritual component in each group.

“The goal is for them to do something that’s fun together…and then natural mentorship takes place,” Sparks said. “We believe natural mentoring will take place once you get to know each other’s story and life and we’re seeing some success through that.”

To implement mentorship-based youth programs at corps, Sparks said it’s important to first talk to the kids and find out what interests them.

“When we work with them, we’re trying to find the kids’ spark—what it is that makes them happy that they can see themselves doing for a really long time,” Sparks said. “We can then connect them with someone in that same genre. We want to mentor them spiritually as well.”

Sparks said one long-term sign of mentorship success in The Salvation Army is when summer campers want to come back to work at that camp.

His hope is to keep this cycle of mentorship going in The Salvation Army.

“We want each kid to be successful, but we also want them to come back and keep the process going by mentoring other people as well,” Sparks said. “If we could keep that path going then we’re in good shape.”

See more about The Salvation Army’s mentorship efforts and get involved—even consider giving to support the life-changing programs—at westernusa.salvationarmy.org.