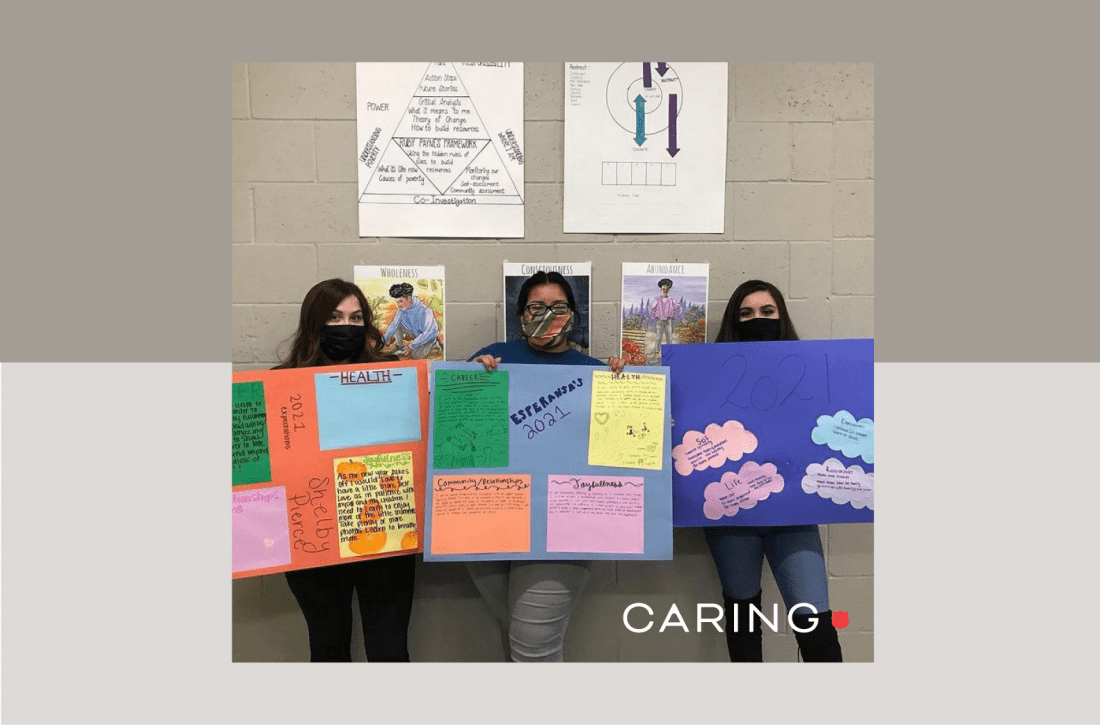 The Booth Program for Young Parents will partner with Cardinal Academy to increase its reach.

Alexiss Arvizu’s days involve more work than those of most teenagers her age. The 19-year-old is raising an eight-month-old baby, all while attending high school full time. Arvizu dropped out of school two years ago, and last year gave birth to a baby girl named Athena. For young parents like Arvizu, earning a high school diploma is something that may seem out of reach.

“I was going to just get my GED but then I came across this program and I liked it just because it is so flexible, they help you with a lot of stuff, and I haven’t seen a lot of places that really do that,” Arvizu said. “It’s not as hard because I have someone if I need help—they’ll help me.”

They are The Booth Program for Young Parents—operated by the Salvation Army Boise Corps—which makes it possible for young parents in the Boise, Idaho, area to earn their high school diploma. The Booth Program has been supporting pregnant and parenting teens for years. And while the COVID-19  pandemic changed life in Boise, the corps is still offering a program—albeit a hybrid model in which students attend class twice a week and also take courses through the online platform, ICON.

But now the program is going through a massive transformation that the corps hopes will allow them to serve a wider range of teens in the Boise area.

The Salvation Army Boise Corps’ partnership with the Boise school district ran its course in May 2020, leading the Boise Corps leadership to formulate a program that would continue to offer education supportive services while talks of a future charter school were being established by Emily Bergstrom and Deborah Hedden-Nicely, founders of Cardinal Academy.

Cardinal Academy is a public charter school that will provide education to pregnant and parenting teens ages 14-21 who want to complete their high school education. The academy will partner with The Booth Program for Young Parents—which will continue as a standalone program—to provide wraparound services to students such as life skills and child care.

“Anyone in the Treasure Valley area will be eligible through the partnership,” said Boise Corps Officer Major Kim Stambaugh. “It’ll be a huge improvement.”

The corps was restricted to only serving students in Ada County when it was partnered with the Boise School District, according to Stambaugh. But with Cardinal Academy in the picture, they will be able to reach more new students in the Boise area.

Right now the hybrid program has a class of 10 students, which can fluctuate, but through the partnership, Cardinal Academy will be able to reach up to 120 students. Teens will attend in-person classes at a new state-of-the-art building that first opened in October 2019 and was funded through a capital campaign from the community. Cardinal Academy itself is a publicly funded charter school and the academy will lease the building from the Boise Corps.

Schools such as Cardinal Academy that follow a nontraditional format can make a significant difference in the lives of pregnant and parenting teens. Although the teen pregnancy rate in the United States has seen a rapid decline in the last 25 years, it is still a situation facing teens. And its effects can be seen in their educational foundation.

Overall, only 53 percent of young women who gave birth as teenagers received a high school diploma, compared with 90 percent of those who did not, according to a 2018 report from the nonprofit Child Trends.

When the number is broken down by race and ethnicity, Black teen mothers are most likely to have a high school degree (62 percent), followed by white teens (53 percent) and then Latinx (47 percent).

Nicolas Copeland, who works as a tutor for The Booth Young Parent Program said the biggest difference in a pregnant or parenting teen’s success is having flexibility.

“I want to be as understanding as I can in terms of the unique schedule,” Copeland said. “Days when they don’t feel comfortable leaving their child at daycare or they haven’t filled out their paperwork—I can work around it.”

Pregnant and parenting teens who want to finish their high school education work against a number of challenges, according to Stambaugh.

“A lot of students don’t have the support to finish their education,” Stambaugh said. “Sometimes there are medical reasons and they can’t attend a normal public school. All of our students also have struggled with online learning.”

Arvizu, whose boyfriend also dropped out of high school, says she is lucky to have his support. “He dropped out at 16 to get a full time job, so he just works full time but he’s really supportive about me going to school and pushes me when I don’t want to,” said Arvizu.

She added that attending class with teens who she can relate to makes a big difference. “I know how they are feeling and they know how I’m feeling.”

Students who attend Cardinal Academy will have a network of support. The Booth Program for Young Parents will provide supportive social services, such as case management with a social worker-LMSW; on-site childcare for enrolled Cardinal Academy students at no or affordable cost; meals, including breakfast, lunch and snacks; and parenting and life skills classes.

Cardinal Academy was fully approved as a charter school in December and will open with 50-60 students this September of 2021.

Copeland said programs like The Booth Program for Young Parents, and the soon-to-be Cardinal Academy have changed the way he views himself as an educator.

“It’s made me understand that your role as an educator means you don’t have to be the smartest person,” he said. “It’s made me realize that being an exceptional role model and being a friendly face makes a difference. I didn’t understand how important it is for students to have a safe space.”