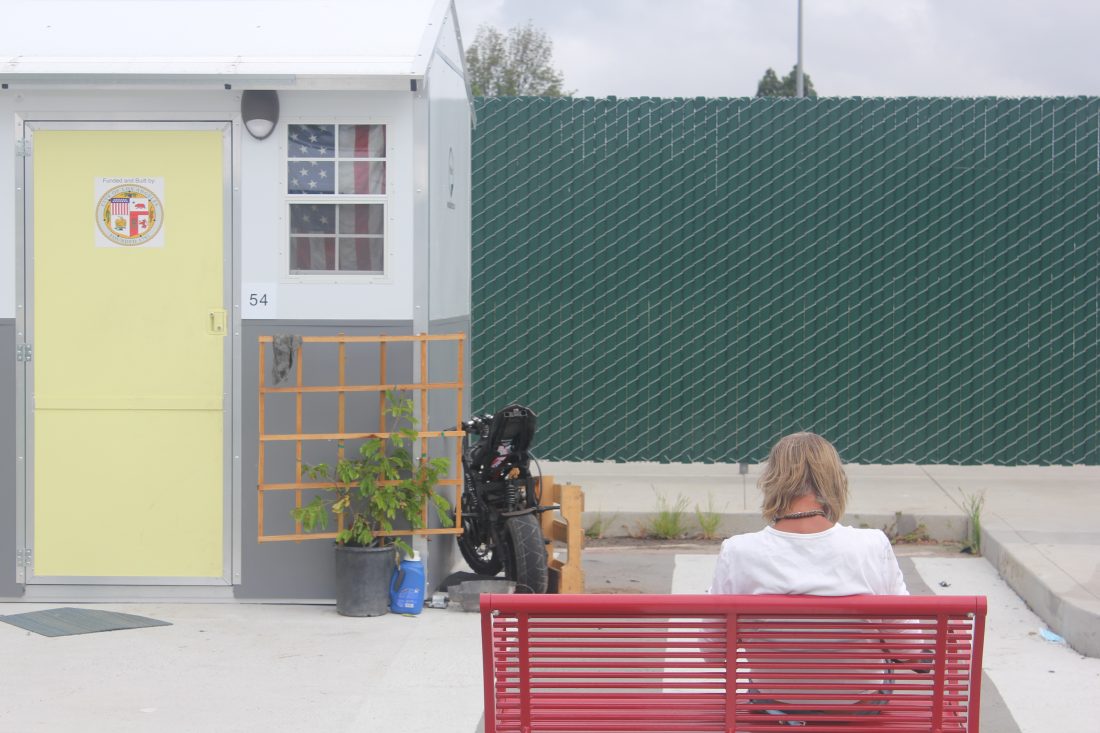 With over 12 years of experience working with individuals experiencing homelessness, Salvation Village’s Program Director Ishimine Caldwell knows what it takes to help people find the permanent housing they need.

By providing an environment where basic needs are met, Caldwell said, trust can be built and the community can come together to lift one another up.

At the Salvation Village, a community that opened in June 2021 that’s composed of 75 innovatively designed singular homes in Harbor City, California, Caldwell and the team help connect participants to resources on-site to address barriers to finding permanent housing.

While The Salvation Village is classified as an interim housing project, participants are given “no time limit” for their stay. The goal of this, Caldwell said, is to assist in preparing participants for permanent supportive housing without the pressure of time restraints.

“However long it takes us to work with a participant to identify permanent housing, then that’s how long it will take,” Caldwell said. “We want them to know that this is their home until they get home.”

Individual housing units, provided through a partnership with Pallet Shelter, give participants a space to make their own with privacy and security. These climate-controlled units can be built in under an hour with cost-effective materials that can last over 10 years, according to palletshelter.com.

As of September 8, 73 of the 75 units are occupied with 77 total participants. Originally, 25 units were set aside for college students experiencing homelessness. However, as the need for non-student housing in the area increased, that number lessened to 10 units, Caldwell said, with two student units still available.

Through Salvation Village’s partnership with Los Angeles Harbor College, students in the area can be assessed for intake eligibility on the college’s campus, which is located directly across the street.

In addition to the individual housing units, The Salvation Village provides participants with three free meals a day through its partnership with Everytable, a locally sourced food company which aims to make healthy food accessible and affordable. Meals are portion-controlled, nutritious and offer variety for participants based on dietary needs and preferences.

Unlike many other interim housing projects, The Salvation Village also allows participants to bring pets and even has a designated play area on site. Laundry, microwaves, and restroom and shower facilities are also available for participants’ use. In the middle of Salvation Village, there is a multi-use area containing picnic tables with umbrellas that are used during meal times, meetings with case managers and workshops. 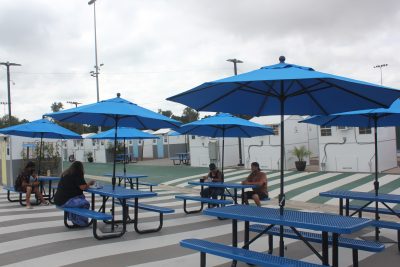 With constant support and communication from Salvation Army staff, Caldwell said participants are given structure in their daily routines that many individuals lacked when living on the streets.

Each plan is specialized for every participant based on their individual priorities and aspirations. “The goal is to quickly move people off the streets and address the barriers they face,” Caldwell said. While finding permanent housing is a top priority for many participants, barriers, such as mental health and substance abuse, are also being addressed.

Through partnerships with the Department of Mental Health (DMH) and the AIDS Drug Assistance Program (ADAP), participants have access to much-needed resources on a weekly basis. 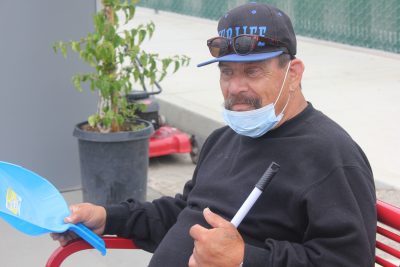 When Salvation Village first opened its doors in June, Caldwell said many participants expressed “hesitation,” “doubt,” and “mixed emotions” regarding the validity of this opportunity and the services provided. Caldwell said she hopes to help break down the barriers that keep some participants “on the fence” when it comes to getting more deeply involved.

“I can’t believe I’m still here,” said 60-year-old participant, Steve (who goes by Casper), while sweeping outside of his unit.

Casper enrolled in The Salvation Village program in early August and said he’s “trying to make the best of it.” Before finding home at Salvation Village, Casper said he lived in a van with a friend and spent the majority of his life in and out of prison.

Despite the struggles he’s faced in life, Casper remains positive and gives credit to his sobriety, his passion for art, and “the big guy upstairs.” 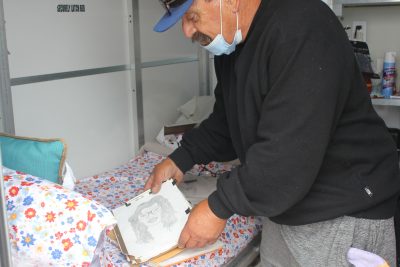 Casper shows off his artwork, a portrait of another Salvation Village participant. Courtesy Lou Buhl.

While The Salvation Village is still at its early stages, Caldwell said “The Salvation Army could not be a better organization for a project like this.”