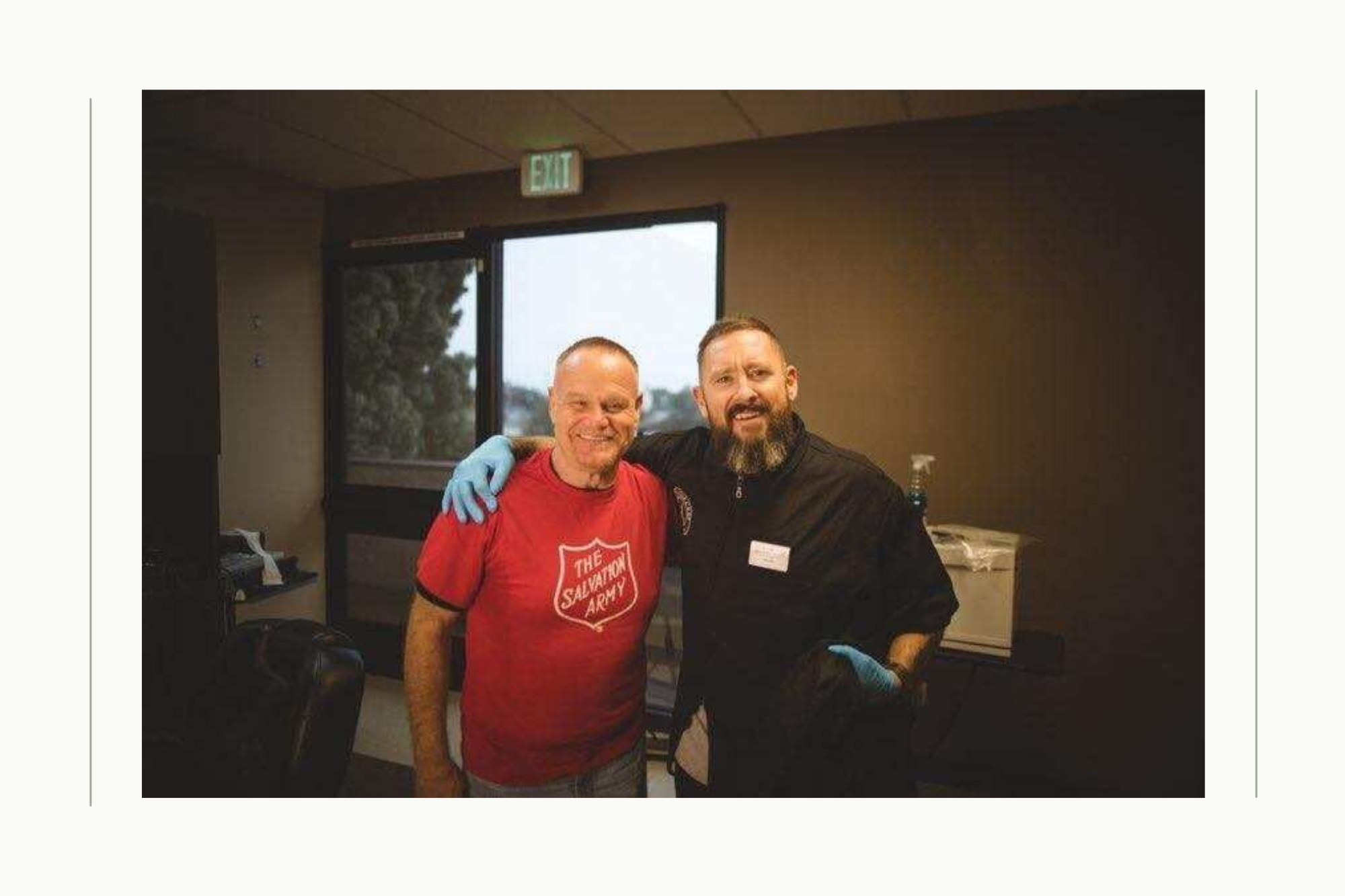 Adult Rehabilitation Center graduate and Hope House resident shares how loss impacted his recovery and how The Salvation Army helped him move forward.

After losing his father, grandmother and later in life his own child, Salvation Army Adult Rehabilitation Center (ARC) graduate and Hope House resident Devin Harmon said he used substances to cope with his grief.

At The Salvation Army San Bernardino (California) ARC, Harmon said he reconnected with his faith and found the support needed to exit the cycle of addiction that took hold of him for 29 years.

After graduating from the ARC in February, Harmon moved into a sober-living program, Hope House, run by the Riverside (California) Corps. Located on-site at the corps, Hope House, Corps Officer Captain David Cain said, was created to offer men “a safe place to transition” after completing an ARC program.

“Hope House continues the foundation that was built in the ARC,” he added.

At Hope House, Harmon celebrated his first year of sobriety and he’s now working toward a career as a barber. When asked what has helped him to stay sober, Harmon said “it’s the connection” and being of “service to God.”

Harmon said his struggle with addiction first began when he lost his father at 12 years old. “I got into drugs and I got away from the church,” he said. “We were on welfare and my mom took care of us, but she was always upset, crying and missing [my dad].”

According to American Addiction Centers, some forms of grief (especially grief resulting from traumatic and unexpected loss) can increase the risk of developing a substance use disorder.

After graduating high school, Harmon pursued several career paths, including a program to become a firefighter, truck driver and chef, but due to his struggle with addiction he was unable to find success along those paths.

Later in life when Harmon experienced the death of his first-born daughter, he said he fell “deeper into addiction.”

“I really had nowhere to go,” he added, mentioning the three years he spent couchsurfing and a brief period of living on the street. “I just went off the deep end.”

During this dark time, Harmon said he went to his older brother for guidance. As a Salvation Army ARC graduate with over five years of sobriety himself, Harmon’s brother suggested going through an ARC program. 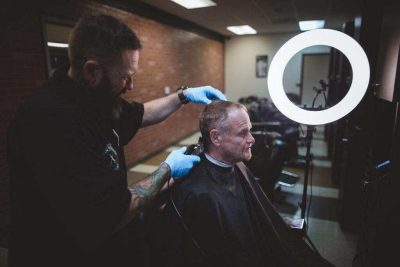 “If Salvation Army hadn’t saved him, I probably wouldn’t have been able to do that too,” he added. “He’s the one that got me in there and he’s a big part of my life in recovery.”

During his time as a corps officer, Cain said he’s seen many men do well in the ARC program but once they leave life can get “busy or complicated or confusing,” which he said can lead to relapse. “I’ve seen too many guys wander away after the program, so it’s just a huge conviction of mine to create ways to keep guys connected so that they can continue to experience the restoration long-term recovery can provide.”

To Cain, helping support the Hope House program, he said is his “greatest joy.”

“My life has massively changed by the ARC…I was 28 when I came to The Salvation Army [ARC in Perris, California] and I didn’t expect to stay longer than one night and here I am 13 years later…so it’s pretty dear to my heart and I believe that the ministry is powerful,” Cain added.

While in the Hope House program, residents are required to attend three recovery meetings a week in addition to ARC graduation ceremonies on Wednesdays and church services on Sundays. “We want to create intentional mechanisms for people to give back,” Cain said, mentioning how Hope House residents also volunteer their time by leading weekly Rooted in Recovery meetings at the corps.

Unlike the no-fee ARC programs, while at Hope House Cain said residents have all the “regular responsibilities of life,” including maintaining employment, paying bills and navigating personal relationships.

While learning how to “work their own personal recovery program,” Cain said each Hope House resident is also required to determine personal goals that are discussed and reviewed on a quarterly basis. Then, once a year, he added, each resident creates a “personal mission statement…to articulate what God is doing in their life and what he’s calling them to do.”

For Harmon, in addition to completing barber college, he said God called him to rebuild his relationship with his teenage son, who attended his graduation ceremony at the ARC. “I have a lot of resentment towards myself…I didn’t want to cause any emotional damage to him,” he said. “I didn’t want to face the pain and the grief and the shame.”

Now, Harmon said he’s “trying to make up for the lost time.” “It’s gotten a lot better…I’ve got to give it up to God and let him do what he does best,” he added.

While he struggled with his addiction, Harmon said he always felt God calling him back. “I don’t really know how to explain it, but I knew I needed God,” he said.

Although Harmon said he reconnected with God while at the ARC, he cites his grandmother, who took him to church as a child, for his foundation of faith. “She always spoke about Jesus and she’s the reason why I believe today,” he said.

Recently, Harmon made the commitment to become a soldier (Salvationist) of the Riverside Corps and help lead Sunday school in service of The Salvation Army’s ministry.