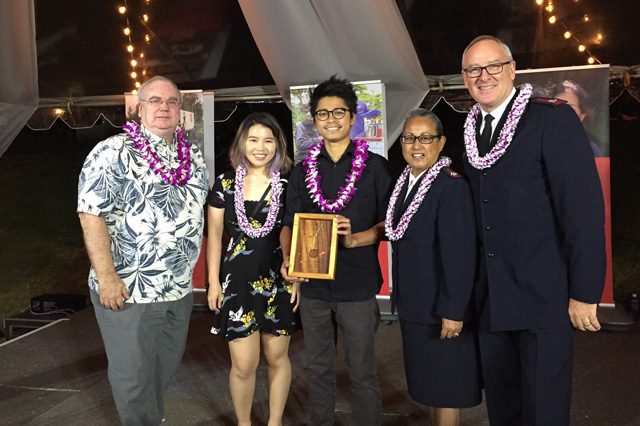 The Salvation Army Hawaiian and Pacific Islands Division raised approximately $338,000 at its 2018 Army of Hope Gala for its Pathway of Hope initiative for Hawaii’s homeless. The event—held April 28 at the Army’s Family Treatment Services facility in Honolulu—honored three Salvation Army partners who have made a positive impact in Hawaii’s island communities: City Mill, D.R. Horton Hawaii and Regal Bakery.

“We were pleased to honor these three businesses and their leadership teams who have embraced the spirit of the award by partnering with us and giving back to our island communities in significant, impactful ways,” said Major John Chamness, Hawaiian and Pacific Islands Divisional Commander. “We’re also grateful to our event sponsors and local chefs and restaurants in helping us make this an unforgettable event for our guests all while raising funds to help Hawaii’s homeless.”

The Pathway of Hope initiative provides a foundation of housing, jobs, and a new community to break the cycle of intergenerational poverty, homelessness and drug addiction. Additional funds raised during a portion of the live auction will help feed families in need through The Salvation Army’s Family Services Office. 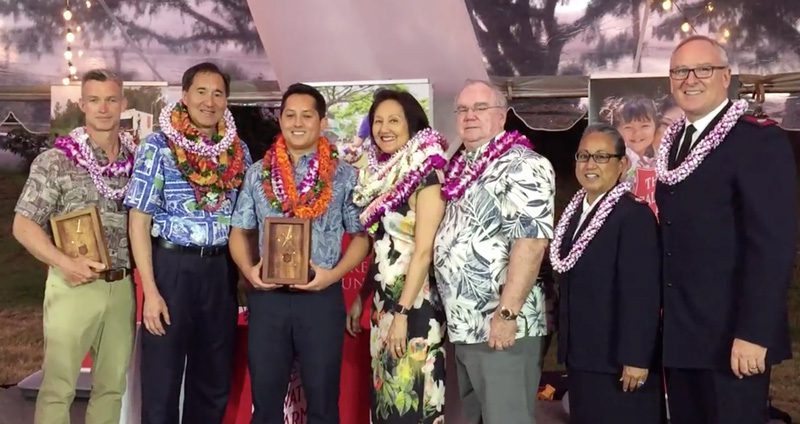 During the Gala, guests enjoyed mocktails and signature menu selections from some of Oahu’s top chefs and mixologists, as well as live music. Featured restaurants included Chef Chai, Halekulani, Hy’s Steak House, Il Gelato, MW Restaurant, Senia, The Pig and The Lady, 3660 On the Rise, and Touch a Heart. The gala included silent and live auctions and the opportunity to support Salvation Army programs with special Angel Tree tag requests.

Among numerous sponsors that made the gala possible were City Mill; Honolulu Star-Advertiser; Russ and Martha Robertson, in loving memory of Louis Kealiihelekai Akana; and R.M. Towill Corporation.

D.R. Horton is a nationally recognized homebuilder. With healthy living as a priority, D.R. Horton Hawaii partners with The Salvation Army Ray and Joan Kroc Corps Community Center to offer every family living in Ho’opili a free one-year membership to the center. The company also provided monetary and volunteer support in 2017 to refurbish cabins at The Salvation Army Camp Homelani.

Regal Bakery is a longtime supporter of National Doughnut Day, celebrated annually on the first Friday in June. During the past four years, it has donated more than 5,000 doughnuts for the event. In addition, on that day Regal Bakery locations help educate the community about The Salvation Army’s history of service to veterans and others in need.