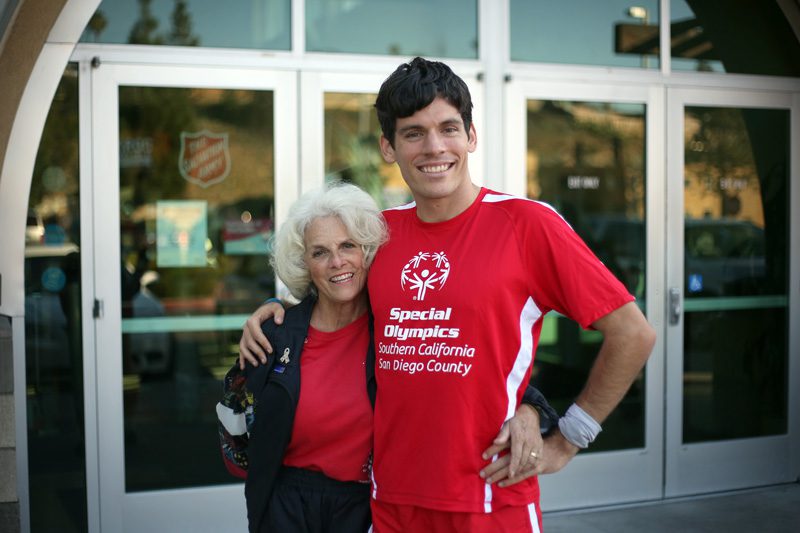 Erik Weber interrupts his whirling dance to throw his arms around his mother, Sandy. She beams at her 27-year-old son just as a young mother would.

Watching them, you wouldn’t know that when Erik was 7 years old, Sandy was told to put him in an institution.

Chemical fumes from construction had made him sick at age 2.

“He lost tongue function, he lost motor skills, he ended up having to have ear tubes, and he couldn’t move food from the center of this mouth to his teeth,” Sandy said. “I videotaped stuff throughout, so you can see on the tapes, there’s a marked difference. He got very withdrawn and it went from babbling to screaming and he had no ability to communicate.”

His mother took him to several doctors in San Diego, Calif., and his communication problems were dismissed as normal. Then one doctor diagnosed autism.

Sandy put him in a special preschool program and the teacher allowed her to videotape.

“I would study his behaviors and how he interacted and then I would listen to what terms she would use with him and I would use the same things at home,” she said. “ I wanted to create continuity from one environment to the next.”

Erik enrolled at the Scottish Rite Language Center and said his first word at age 7.

Erik’s parents vowed to help him lead a normal life, and Sandy upheld her promise after Erik’s father died when her son was 8.

“It was devastating,” she said. “He died on an overseas trip for work and Erik was just barely getting some language skills. I had to close my business in order to work with Erik.”

“I always tell myself ‘what is normal?’ I guess I know I don’t always fit into what people would conceive as normal,” he said. “I’m a little quirky with my sense of humor; I like really goofy, funny stuff.”

Erik can recite monologues from at least 12 different comedians, which he said helped him learn voice fluctuation and reading voice tones and body language.

“I don’t really see myself as limited at all and I think part of that is the confidence that my family, friends and Special Olympics have helped me to get,” he said.

To aid in his socialization, Sandy helped Erik get involved with the Special Olympics when he was a kid and through grants from The Salvation Army, they have been members of the Ray and Joan Kroc Corps Community Center in San Diego for 10 years. While there, Erik is able to exercise and talk with other members.

Andrea Sanford, the athletics director for the San Diego Salvation Army Kroc Center, has known the pair for nearly a decade. She said she’s seen Erik really grow in that time.

“He’s become more and more friendly and outgoing and he’s just very talkative with all of the staff and loves to share his different accomplishments,” Sanford said. “You can definitely see he’s grown in terms of his confidence goes and his social abilities.”

“They have just been so caring and giving to Erik and friendly to him and we just don’t have other family,” Sandy said. “That’s always a piece that’s missing; you know you can do the academics—they call them high functioning—but that social piece is tough or to find places that are accepting of your quirkiness.”

Sandy said she wanted Erik to have the self-confidence that comes from athletics, and he found a place to work out the stress his family experienced at the Kroc Center. She said it benefited his life in a number of ways.

Erik went on to attend the University of San Diego and later earned a master’s of public administration. When Erik told his mother he wanted to attend law school she said she was stunned, but told him she would always support him. He felt it was his calling.

“For my law school thesis I wrote a piece about group homes for the developmentally disabled,” he said. “I prefer to use the word ‘difabled’ (different and able) because I think of it as only a disability if you allow it to hinder you as a person. But it talks about the inherited problems that a lot of group homes have—lack of oversight over the training process, the quality of training is just not there or the treatment. Two-thirds of the group homes are not up to the standard they should be, especially in San Diego. I want to help with solutions to deal with those problems.”

Since graduating and garnering some news coverage of his story, Erik has received messages through his social media platforms from parents with kids who have autism asking questions.

“One particular person who reached out to me saw me on my graduation day,” Erik said. “In the beginning it seemed like she was just trying to fight through having a kid with autism, but as we’ve gone on talking I noticed that her attitude now is that she has hope. She can see the bright future for her kid. I really didn’t know just how much God’s been working through me to help people with special needs until I saw the letter I got back from her. It blew me away.

“She said, ‘I’m so amazed by your story. Do you have any idea how happy your parents are? You changed their lives in ways you can’t imagine…I’m very happy that I came across you on Facebook; you gave me hope.’ She sent me a picture of her kid too. I got tears in my eyes when I read that.”

Sandy’s hopes for Erik are those of any mom—that her son will be happy, productive and will help others.

“You try to lay out the path for your kids and hope that they’ll follow. He’s pretty ingrained in the fitness and giving back is part of his nature, but then that’s the pattern he’s grown up with too,” she said. “You just try to be of service wherever you can and make it a better place then when you found it.” 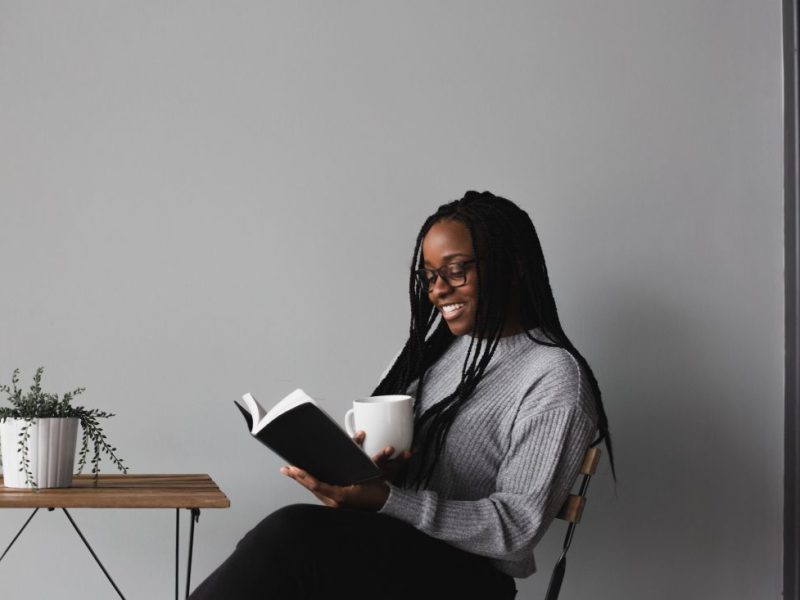 An invitation to an examined life 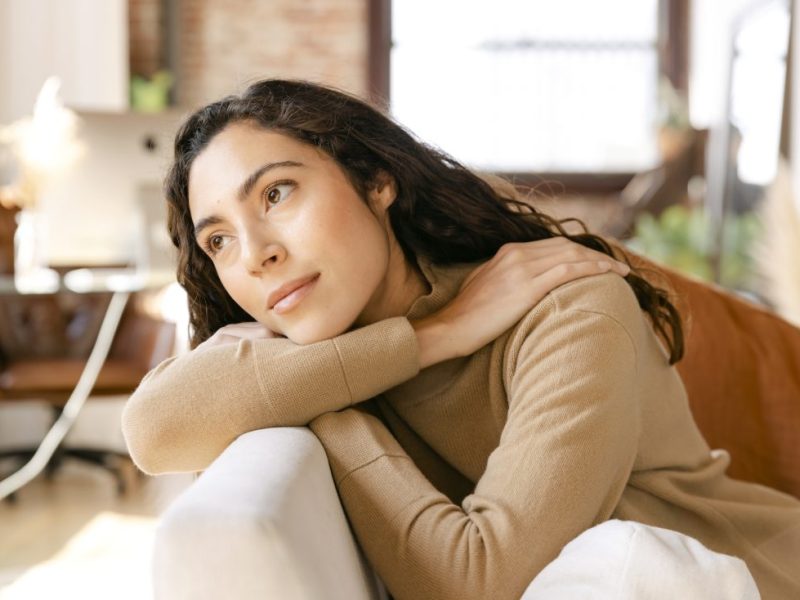