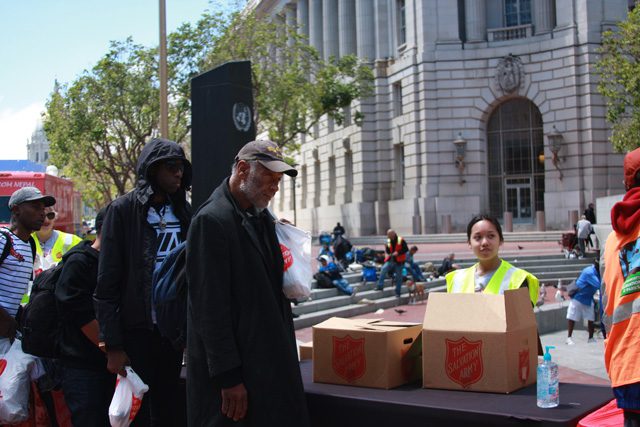 During a recent outreach event at a Bay Area Rapid Transit (BART) station, Lt. Colonel Cindy Foley saw something deeply troubling, yet far from atypical: A young man had fallen asleep on the station’s steps, out in the open. And stuck in his arm, was a needle.

“None of us wants to see our neighbor living in that kind of condition,” said Foley, former Divisional Leader for The Salvation Army Golden State Division. “It’s all of our responsibility to address this emergency situation in our community. We have to address it with the love of God.”

It’s an alarming snapshot of the current state of affairs. 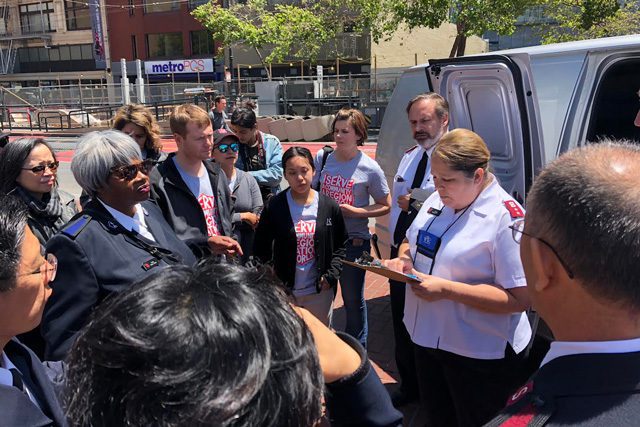 According to the 2017 San Francisco Homeless Count and Survey, 7,499 people are homeless in the city, just a one percent drop from 2015. And while officials and lawmakers struggle to corral the crisis, people are increasingly moving to wherever they can find shelter from the streets. For many, this means the city’s BART stations and tunnels.

In response, The Salvation Army in San Francisco recently partnered with BART to conduct outreach efforts at its stations.

“The chronically homeless see the BART stations and the tunnels as a safe place either because it’s warm in the morning when the doors open or it’s a place where they can sit down and lean against the wall,” Foley said. “We need to bring them out where we can talk to them and give them that encouragement they need to make a step into a positive future.” 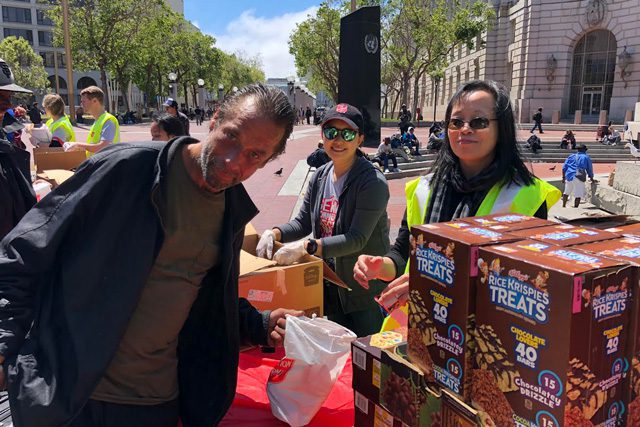 The organization’s initial outreach efforts took place May 17 during National Salvation Army Week at the Civic Center BART station. More than 750 people received help, as Salvation Army officers, staff and volunteers distributed hygiene kits, sandwiches, snacks and socks, and connected them to the programs and resources. This also resulted in six individuals entering the Salvation Army Harbor Light Center to go into detox.

“When we went in we said, ‘If we can get one person to come back to the facility or we can get one person services, we really felt like we did good work out there.’ To go from that one to six, we were just over the moon,” said Angel Carter, Harbor Light Center intake coordinator. “It was a beautiful day.” 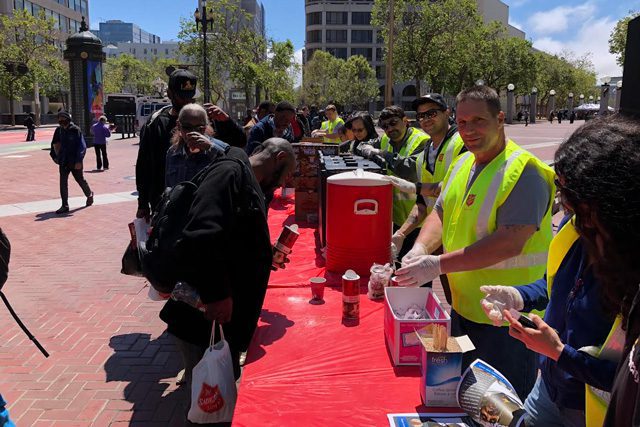 Given its success, The Salvation Army decided to work with BART to make this a continuing outreach effort once a week at the city’s BART stations. Salvation Army officers and Adult Rehabilitation Center and Harbor Light intake employees will accompany BART police through stations and tunnels, building relationships and encouraging people to seek help. This is in addition to The Salvation Army’s three additional days of weekly homeless outreach in and around the United Nations Plaza.

“It’s important for The Salvation Army to be present to get to know the chronically homeless in the downtown area and to educate them about our services,” Foley said. “We’re hoping that on that day when they’re ready to make a step to address issues that are contributing toward their life emergencies, they will see The Salvation Army and its Harbor Light as a program where they would want to find refuge and support.” 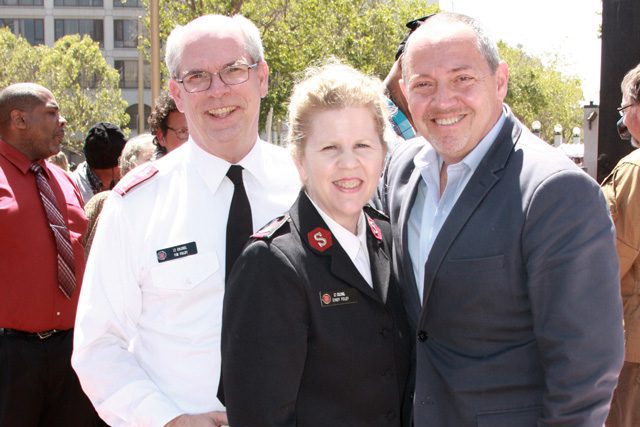 Golden State divisional leaders Lt. Colonels Timothy and Cindy Foley with Bevan Dufty (right), a member of the BART Board of Directors. | Photo by Amy Keene

Carter likewise counts the initiative as a step in the right direction.

“It’s very important that we do this outreach so we let the individuals know where they can seek these services, and bring it to them,” Carter said. “A lot of people don’t have the knowledge or the means, or are maybe at a point in their life where they are hopeless. By someone just coming and giving them a hot cup of coffee or a sandwich, that may make them feel like they can trust again and talk to someone about what’s going on on the inside.”