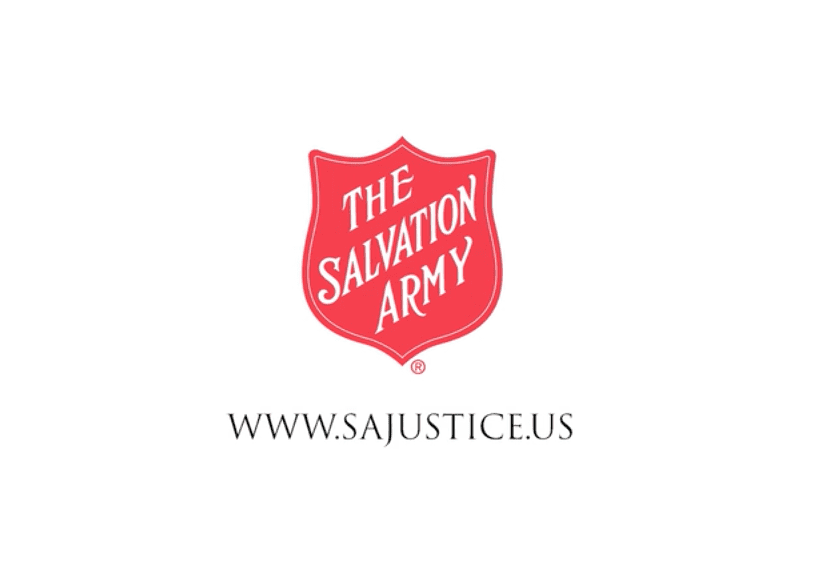 With new Territorial Social Justice Secretary, Major Keilah Toy, at the helm, the department is addressing specific goals in the four pillars of its 10-year “Fight for Freedom” action plan—Awareness and Training; Prevention and Outreach; Survivor Services, and Partnerships and Advocacy. Recently, SA Justice even launched a new website: sajustice.us.

“Everybody agrees that we need to combat human trafficking,” said Priscilla Santos, Territorial Anti-Trafficking Initiatives Coordinator. “Everyone wants to be a part of it, and everyone is passionate about it. I think the difficulties come in that people just get stuck on knowing how to start. That’s where SA Justice comes in to be that guide, to resource and to train our people, corps and social services.”

SA Justice envisions a Salvation Army wherein every cadet, officer, and employee is primed in Human Trafficking 101. The course explores how to identify human trafficking, what it looks like in local communities, and what to do if a person were to come across a survivor of human trafficking.

The department recently initiated a one-day social justice seminar for second-year cadets at the West’s College for Officer Training at Crestmont. These seminars are designed to train the future Salvation Army leaders to recognize human trafficking and integrate prevention and survivor services in their field, while highlighting how social justice work has been part of The Army’s DNA since its start..

“I think one of the most important things is we are identifying Western anti-trafficking members councils in each division and [pulling] them all together in April [2018] to do some training and initiate communication,” Toy said.

Of course, SA Justice realizes one organization cannot take down human trafficking on its own, and that’s why they’re partnering with community leaders and task forces in several cities. SA Justice assumed leadership of the Long Beach Human Trafficking Task Force in February 2016 and is leading the San Gabriel Valley Task Force hosted in Pasadena.

“It has been really important to figure out who is doing what to get to know what The Salvation Army’s strength is in the community so we can help build capacity and fill in the gaps,” Santos said.

“I am seeing an increase in communication and passion and excitement,” Santos said. “People are really thirsty for more education and knowledge on these different types of topics, and that’s exactly what we are here for.”