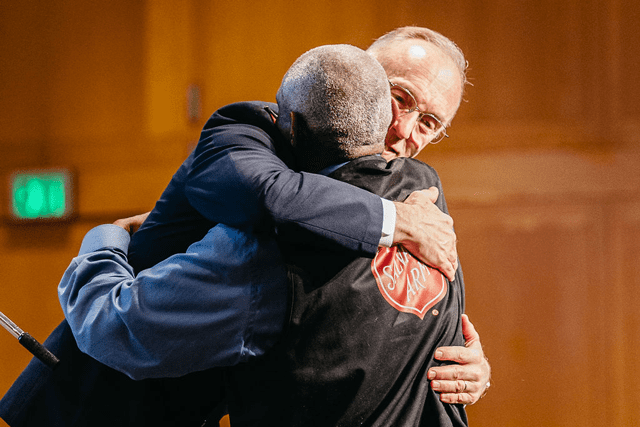 “On earth, as it is in heaven”—a vision for a unified Salvation Army

“You are a God who loves the whole world,” Western Territorial Secretary for Program Lt. Colonel Lisa Smith prayed at the beginning of the Racial Unity gathering. “We pray that we would open our hearts and be transformed as we strive to be one in you, resulting in our being unified in a world that’s divided in so many ways.”

The gathering, held June 7 at Cerritos (California) Center for the Performing Arts, kicked off Commissioning weekend 2019 by setting a vision for a unified, multicultural Salvation Army.

The event included a video presentation from Miles McPherson, Senior Pastor of the Rock Church in San Diego; four participatory workshops; a panel discussion, “Reimagining our future: Where do we want to go?”; the installation of the territory’s first social justice sergeants and a call to action from Territorial Commander Commissioner Kenneth G. Hodder.

“Have I told you lately how much I love you?” Hodder asked in his introduction to the vision. He referenced Matthew 6:10: Thy kingdom come, Thy will be done in earth, as it is in heaven, stating his hope that God’s all-inclusive love would pour out throughout the weekend.

“Your attendance here is more important than any speaker you’ll hear this weekend,” Hodder said. “You’re aware of the problem of racial discrimination. You’re here because of what Scripture says. You’re here because you want to be part of the solution…to declare ‘here as is it is heaven,’ to proclaim the gospel of Jesus Christ and meet human needs, including love, without discrimination.”

In the video of McPherson speaking before a live audience, he engaged the listeners, saying “Let’s make history today,” and asking that they approach someone who looks different from themselves, look them in the eye, ask their name and tell them they’re beautiful. This illustrates his proposed “third option”: it’s not “us vs. them,” but unity in Christ.

Fear and ignorance divide us, McPherson said. The us vs. them mentality causes people to believe they’re enemies, instead of realizing the truth: all are brothers and sisters created in God’s image. 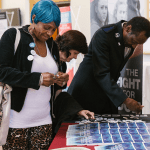 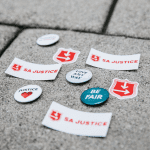 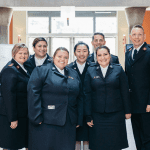 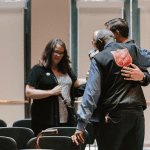 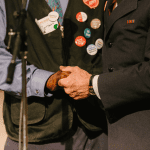 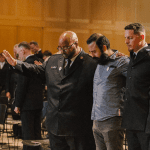 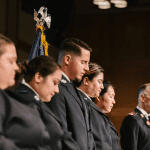 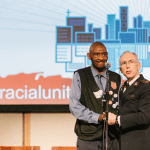 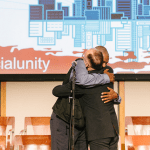 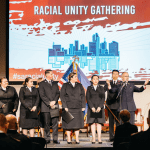 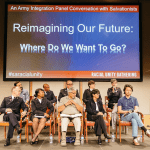 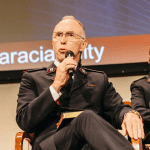 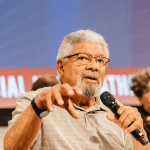 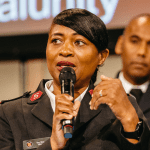 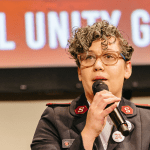 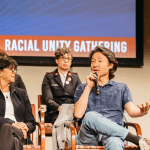 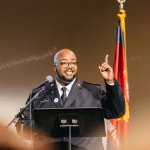 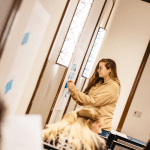 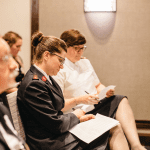 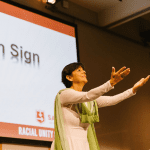 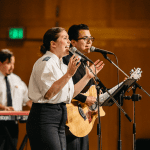 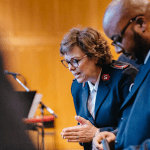 Unification and reconciliation begin when individuals start a dialogue and listen to one another’s stories. As understanding grows, ignorance and fear dissipate, and people begin to honor and value each other.

“We’re all in process,” he said. “We’re all biased. We don’t see things perfectly. The only one who has perfect perspective is God.”

McPherson offered concrete ways for small groups to engage in conversations that are “consultations not confrontations.” His recommendations include to extend grace, acknowledge and confront negative thoughts, say a prayer for unity and transparency within the group, affirm the group intention at the start, have a plan for anyone who feels uncomfortable, seek to understand not argue, and be honest about one’s experiences.

In the second session, Captain Anthony Barnes facilitated a panel discussion that envisioned the future of an inclusive Salvation Army and what it would take to achieve it. Panel participants included Hodder, Major Stacy Birks, Major Tory Ross, Captain Nesan Kistan, Lt. Melissa Jones, Cadet David Vargas, Dr. Ken Davis, Dr. Danny Martinez, Irene de Anda Lewis and Brian Yi. Barnes presented a series of questions, such as “How does race, culture and class impact how we engage with God? And “What should The Salvation Army do in a community that is hurting?”

Panel members did not shy away from tough issues, including the historical lack of diversity in Army leadership positions and the perception of some people, particularly youth, that the church is not a safe place—not a place where they will be accepted just as they are.

The session ended with Barnes asking each panel member to finish a sentence about what the envisioned Salvation Army would look like. Answers included “be authentic,” “be real,” “be intentional in not stereotyping.”

“Let’s be an Army that honors others by loving them the way Jesus loves them,” Hodder said.

Before his call to action, Hodder thanked Smith, Major Keilah Toy and Priscilla Santos for making the conference a reality. He then called Alvin to the stage to share his powerful story of how God’s love allowed him to overcome a hatred of all white people that came from a personal encounter with the Ku Klux Klan many years ago.

In closing, Hodder referred to song 217 in the Salvation Army Song Book, saying “Let’s live it out”:

“Come as the dove, and spread thy wings,

The wings of peaceful love;

And let thy host on earth become

Blest as the host above.”