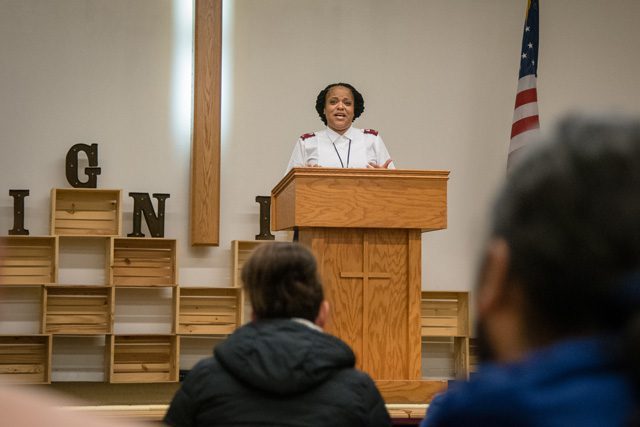 West’s newest corps will flesh out its spiritual services for the community.

The Salvation Army Siemon Youth and Family Community Center in South Los Angeles has shed its longtime moniker for a shorter, sleeker one: the South L.A. Corps.

But don’t let that fool you—the center isn’t downsizing its services. If anything, it’s expanding its already robust presence in the community. For many of the people who receive services at the multifaceted 37,000 square-foot facility several days a week, the change will be a welcome formality recognizing the important holistic care the center has already been providing them.

“We interact with and impact a significant amount of families daily, and have been since 2003,” said Mortimer Jones, Director at the center. “We’ve been meeting the needs of man, but now we’ll be able to further meet the spiritual needs as well.”

While the center has offered ministry services in English for several years, its expanded spiritual service offerings both in English and Spanish are one of the biggest benefits of becoming an official corps. The center currently facilitates a wide array of spiritual activities at its on-site chapel, including traditional and contemporary worship services, Bible study, teen ministries and troops.

The population the center currently serves is nearly 75 percent Latino, and that part of the center’s community is growing daily, Jones said. A Latino Ministry Director was recently hired to coordinate and expand ministry and outreach to the community’s majority Latino population, including Spanish worship services, Bible studies, and prayer meetings.

One of the challenges of providing spiritual services for the Latino community previously was the language barrier, according to Lt. Theresa Williams, South L.A. Corps Officer.

“There was this huge disconnect,” she said. “Once we started offering ministry in Spanish, we found members were not only coming for church services, they would then get together on their own. It was a window to open the door to be more.” 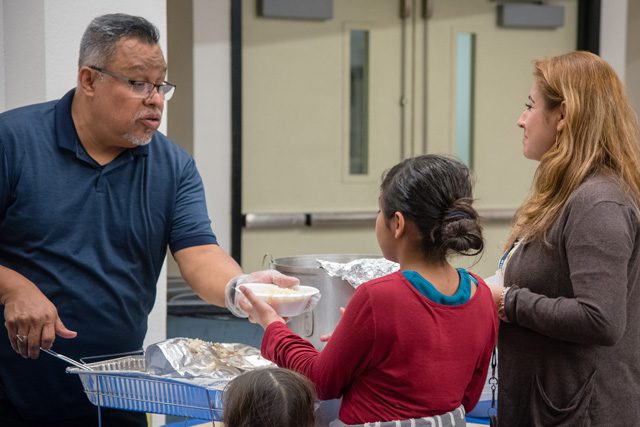 Sherry Garcia is one such member who has become increasingly involved at the center as a result of its growing offerings. Originally drawn to the facility for its well-known after-school services for her two daughters, she became the corps’ first soldier and a regular volunteer at the food pantry and daycare center.

“I’m there all the time,” she said. “I go to church on Sunday in Spanish, I have women’s group, and my daughters have dance class and basketball. It’s been a lot of help for me.”

Garcia said she used to walk by the building—curious about what it was—then finally walked in one day and “hasn’t left since.”

The center’s leadership is hoping that the new corps designation will help others find the community, too.

“We’ve been here forever,” Williams said, “but when we started the new ministry in 2014, we went door-to-door to let people know. It’s already opened doors to new people coming in who come just for church or Bible study, or to people who want to do more, such as seniors who say, ‘this is now my opportunity to help someone else.’”

On the other end of the spectrum, the facility will continue to offer care for its youngest members, including licensed daycare and a wide range of activities at its youth center. The youth center offers tutoring in math, reading and writing; computer education, instruction in visual arts and dance; and sports, including basketball and soccer leagues. Additionally, the facility features a library, computer lab, classrooms, gymnasium, fitness center, and an art studio.

Its after-school services are especially important during the crucial hours when school is out and parents are absent from home.

“Addressing the needs of youth has always been a specialty of the Siemon Center,” Jones said. “There’s often a breakdown in family structure due to single-parent households. Young people tend to have to fend for themselves. No one here is born to want to get in trouble, but situations arise where they have to make it work to survive in a hostile community.”

Families in the area might also struggle to make ends meet, he said. The median income is about $30,000 a year for a family, making the center’s family services all the more meaningful.

Most importantly, the new corps will allow community members to receive all of their services in one place.

“Families can worship together in a safe environment, they can get help with rent or utilities or receive a food box, get homework help for the kids, and grow closer because they’re now able to sit and get to know one another,” Williams said. “With all of the struggles of the South Los Angeles community, it’s nice to know you’re not alone.”

It’s a sentiment that Southern California Divisional Commander Lt. Colonel Kyle Smith can get behind.