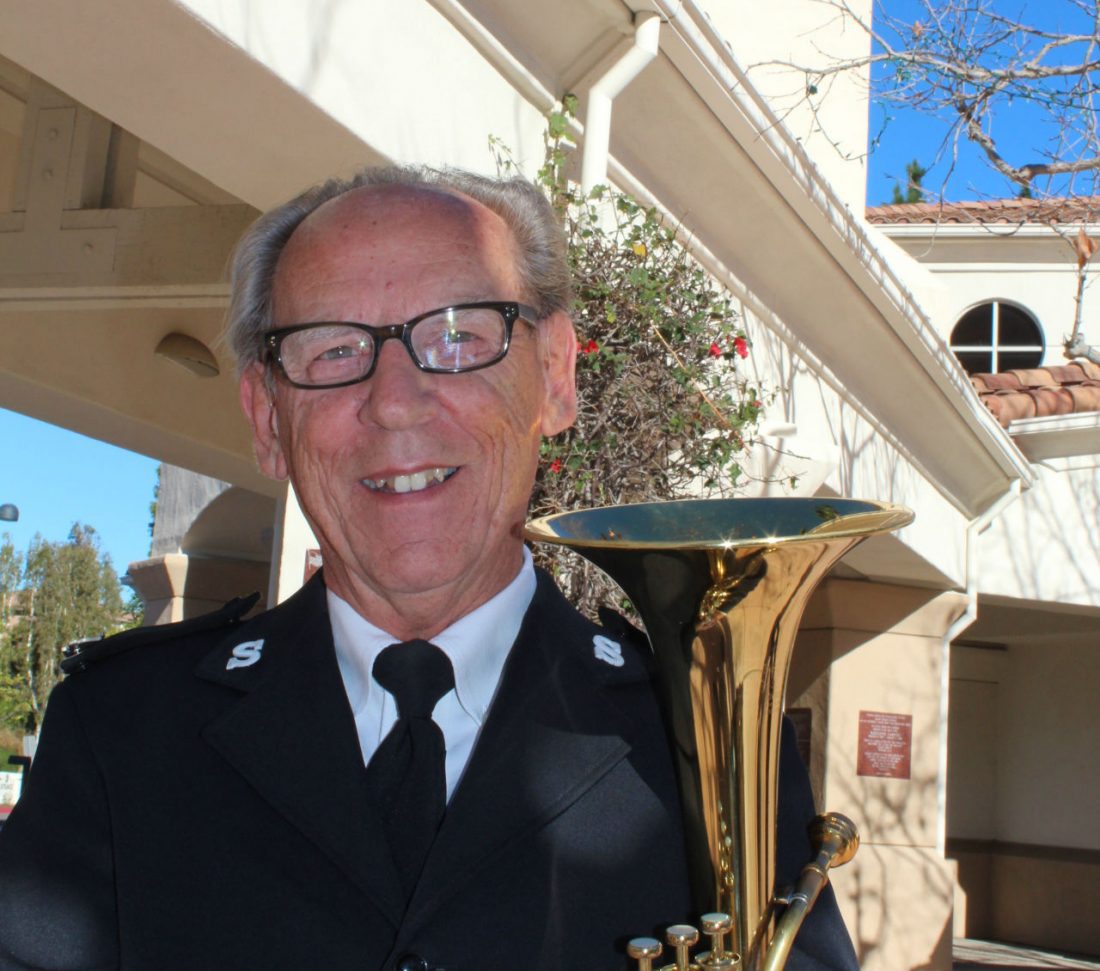 For decades, soldier Dave Ferguson has quietly used his shop as a home for service.

Soldier Dave Ferguson is the longest serving bandsman in the Tustin Ranch Band, having joined in 1970.

A box of donuts. A few sandwiches. Bottles of water. A blanket. A jacket. A bag of potato chips. An extension cord. These items aren’t often associated with a metal fabrication, but according to Dave Ferguson, they are just as important as the heavy machinery at his Alco Metal Fab Shop in Santa Ana, Calif.

As a lifelong Salvationist, Ferguson has worked in the metal fabrication business for decades, finding ways, big and small, to use his place of employment to minister to others. Yet, he said, “I’m not a preacher or speaker. I just want to help people.”

His calling to help others started when he was invited to volunteer at The Salvation Army Hospitality House, an emergency shelter for those experiencing homelessness in Santa Ana. As a soldier of the Santa Ana Corps (later Tustin Ranch), he said he wanted to ensure that his spiritual journey wasn’t limited to Sundays.

“There were so many that had skills, but had difficulty holding a job,” Ferguson said of men at the Hospitality House. “Somehow I could relate to them, and I wanted to help.”

Ferguson was born in Michigan, to officer parents.

“As a child I remember my mother going to the taverns to sell War Crys,” he said. “I remember my parents inviting guys off the streets to come to the corps. I really didn’t like that, but how ironic, maybe that’s where it all started for me. That’s what it means to be a Salvationist.”

Eventually, he made his way out west, ultimately landing at the Santa Ana Corps. There, he began to reach out to locals “down on their luck,” often offering jobs and training at his metal shop. Not all of them “stuck,” according to Ferguson. In fact, fewer stayed than left, but Ferguson always held their positions open for them as long as he could. Over time, he’s hired adult rehabilitation center graduates, corps members, and even a bookkeeper that was referred to him from a halfway house.

“Ann was worried that her past would prohibit me hiring her, and I told her that I didn’t care what she did yesterday,” he said. “She kept my books for 10 years.”

When Ferguson discovered a few homeless men “living” behind his shop, he didn’t call the police. He brought them food and water, offering anything he could. He called them his “security guards” and made sure they were warm at night and had something to eat, all while telling them about Jesus and trying to get them restorative resources.

“Dave Ferguson has a heart of gold,” said Captain Stacy Cross, corps officer at the Tustin Ranch Corps. “He offers his time, talent and ministry to the glory of God.” At the corps, Cross said Ferguson has made decorative pieces for corps functions, provides leadership in Sunday School, and helps with the Junior Band. And, he is the longest serving bandsman in the Tustin Ranch Band, with 46 years of service.

One of his hires first approached Ferguson for an extension cord, asking to park his camper behind Ferguson’s shop. Today, the man is married with a family and gives work back to Ferguson.

“It’s a process, but it’s a good feeling to help people and see them doing well,” Ferguson said. “It’s also good to tell them about Jesus.”