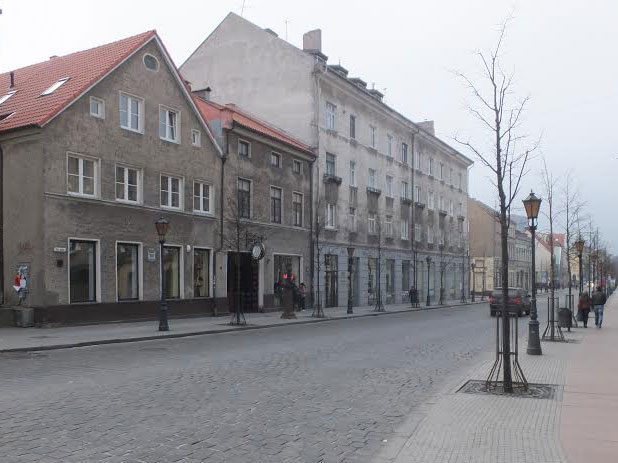 The Salvation Army in Lithuania moves toward self-sufficiency

The Salvation Army faces unique challenges in Lithuania, according to Captain Martin Cooper, Medford, Ore., corps officer, who traveled to the country as a representative of the Western Territory’s Cascade Division. Lithuania is paired with the division in the Partners in Mission program, The Salvation Army’s international program for World Services and self-denial fundraising.

“This is how we better the world and not just our own community—by pooling resources and coming together in faith for a better future,” Cooper said.

He spent time at the Klaipeda Corps, where he learned about The Salvation Army’s presence in Lithuania from Captain Susanne Kettler-Riutkenen, the officer-in-charge, and Auxiliary Captain Annegret Gollmer.

Since 1998, when the Army first arrived in Lithuania, its programs have grown, despite opposition from the community, which views churches as cults. This perception is a by-product of the Soviet occupation during the Cold War and the Nazi occupation during World War II, and is a challenge facing the Army’s growth.

“I was very impressed by how hardworking they are, how they do so much with so few resources, and how dedicated they are to The Salvation Army,” Cooper said.

Kettler-Riutkenen and Gollmer emphasized their desire for a service team to help evangelize and change the community’s negative perception of The Salvation Army.

“They told me that a summer Service Corps team, skilled in praise and worship music and in street evangelism, would be most beneficial to its ministry in the country and would ultimately take them one step closer to self-sufficiency,” Cooper said.

The corps’ location is also hindering the Army’s ministry. Currently it exists on the top floor of a rented building with four retail shops below.

“The shop owners are not happy about sharing a building with The Salvation Army,” Cooper said. “They are not pleased that the Army reaches out to the homeless and that ‘cult teachings’ take place there.”

In addition, people are not allowed to sleep there—no matter what the conditions are outside—nor are they allowed to have a proper kitchen in the facility.

To overcome these challenges, the Lithuanian Salvationists want to purchase land to build a one-story corps building with kitchen, a youth room and chapel that could minister to people without encountering criticism from the local community.

“The other advantage to having our own building is that we could create some housing for homeless people,” Cooper said. “Right now they sleep in the dump, and during a cold winter 10-15 people die in the city.”

He said many in the homeless population are young people who are turned out on the streets at age 18 from orphanages or low-income households. The Salvation Army’s goal is to work with these young people, providing temporary housing and helping them become productive members of society.

Buying property and building a facility are logical steps for The Salvation Army in Lithuania to become self-sufficient; however, more financial help is needed to make this possible.

As Cooper said, “The Cascade Division—armed with knowledge of the needs and the ministries in its Partners in Mission country 5,200 miles away—can band together to better assist the Lithuanian Salvation Army in becoming a self-supporting entity that can make a life-changing impact in the community.”