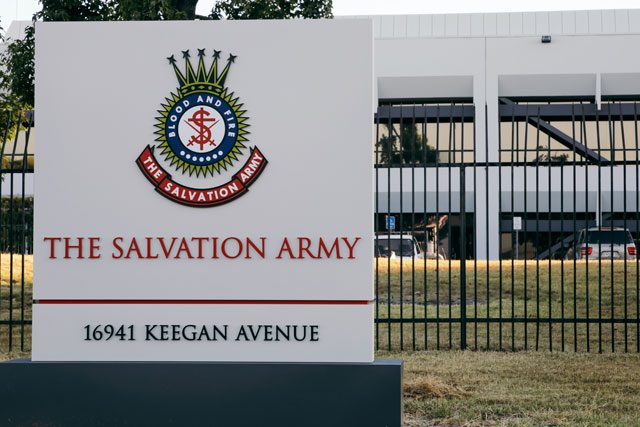 The California South Division and Adult Rehabilitation Center Command moved to a new joint headquarters in Carson, California, beginning July 24. The move marks The Salvation Army’s departure from the 180 E. Ocean building in Long Beach that formerly housed Territorial Headquarters (THQ) in addition to the commands.

Following THQ’s return to The College for Officer Training at Crestmont in 2018 and subsequent sale of the office building, the California South Division and ARC Command continued to lease office space from the new owners. As the end of the lease approached, leaders searched for new office space.

“We needed to find our own home,” said California South Divisional Commander Lt. Colonel John Chamness. “We were looking for a place that would be central to all of our corps and programs in the division as well as central to our employees.”

The division created a heatmap of its employees’ addresses to find a location that would be easier for them to commute to work. With that data as well as the need to be close to major freeways, like the 91 and 405, the division centered its search on Carson.

Initially, the division was searching for a building between 30,000-35,000 square feet with up to two floors that would allow for an open environment for cross-department collaboration. After looking at many buildings, Chamness said they thought they’d found the perfect one. But there was a problem: it wouldn’t be possible to move in with the current tenant’s lease agreement. Then, their realtor got another call.

“We got in our cars and drove down the street and here was a building in a light industrial park …but it met every one of the things we were looking for, from the location to the access to the ability to have all of the employees on one floor,” Chamness said. “It’s an open concept, so all of our employees can connect well across the floor, plus there was room to bring the ARC in.” 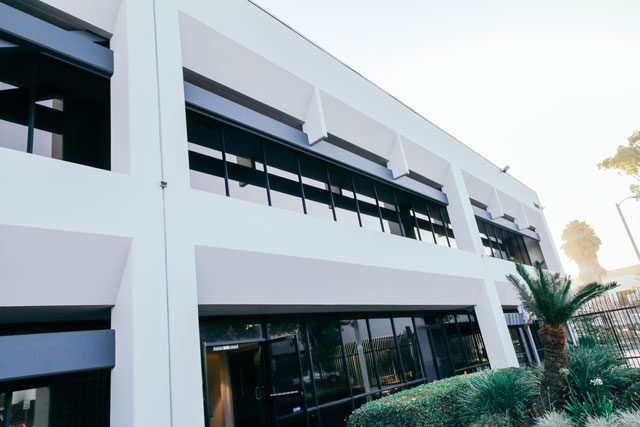 The new space, a 50,000 square foot, two-story office is located around 12 miles away from the former Long Beach address, and also boasts a roll-up door with a dock, storage space and generator for power in case of emergency. In the building, each command has its own floor, with the ARC Command taking the bottom level.

“It really was the perfect gem and we found it just before coronavirus hit, and fortunately, the tenants in here were leaving the building within a month,” Chamness said. “It was basically a turnkey building that just needed really fresh paint and new carpet… It was just a really great confluence of all of the right things working together.”

Chamness said contractors are still working while the groups move into the space in waves. Efforts are also underway to install plexiglass to make the open office safer for when the majority of DHQ employees, who are working remotely due to COVID-19, return.

The larger building footprint also allowed for the ARC Command to bring its staff under one roof after having a stint of being split between Long Beach and Crestmont.

“Sharing the same building gives us the opportunity to be good stewards of our resources,” ARC Commander Major Henry Graciani said. “We have already begun collaboration on projects like finding new sources of funding for the ARC programs.”

Nine of the West’s 19 Adult Rehabilitation Centers are located within the California South Division.

“Although it’s imperative each ARC work closely with their local division, I believe it’s especially helpful to partner with Cal South on seeking resources and providing services together,” Graciani said. “This provides us the opportunity to practice One Army, serving our communities with the comprehensive, quality, programs of Cal South with the best residential addiction rehabilitation program in the nation. Being in the same building can help facilitate working closer together to serve our communities and bring honor and glory to God.”