Major Sheryl Tollerud and Commissioners James and Carolyn Knaggs participate in the March of Witness at the Alaska Congress. Photo by Jenni Ragland

The Alaska Congress is like a big family reunion, with Salvationists coming from all areas of the state to join in faith and fellowship. With this being one of the only opportunities for Alaskan Salvationists to meet together each year, it is always marked by joyous reunions, meeting new friends and catching up with old ones.

“Better Together…United in Christ” was the theme for the 2011 Congress held in Wrangell. It was the first visit to Southeast Alaska for Commissioners James and Carolyn Knaggs, Western territorial leaders. The Johnson O’Malley Native Dancers greeted them with a special performance, and Wrangell’s Mayor Jeremy Maxand presented a key to the city to James Knaggs.

Alaska Congress planners, including Divisional Leaders Majors Douglas and Sheryl Tollerud and Wrangell Corps Officers, Captains Ronnie and Debbie Davis, designed the weekend with a focus on living authentic lives, allowing attendees to connect with each other as well as providing opportunities to impact the surrounding community. A common theme repeated throughout the weekend came from John 13: 34-35: “A new command I give you: Love one another. As I have loved you, so you must love one another. By this everyone will know that you are my disciples, if you love one another.”

Rallies for the women and men provided encouragement, and Intermountain divisional band members spent Friday in local schools, conducting music clinics and concerts. The divisional Bible Bowl playoffs took place, with the Sitka Corps taking home the trophy. The rainy weather broke long enough for the Parade of Witness and the annual Congress picture. Even the whales cooperated, making an appearance to the delight of the visiting band members.

On Saturday evening, new junior and senior soldiers joined the Army’s ranks, including Clarence Jackson, leader of the Tlingit nation (Eagle) and his wife, Lidda. Following the enrollment, Jackson presented a gift—the silver necklace he was wearing—to Knaggs, welcoming him to his family.

Sunday’s Holiness and Memorial Service began with a time of remembrance of Salvationists and friends promoted to Glory since the last gathering. With a giant white cross in the center of the room, each person was mentioned by name as roses were placed into a smaller cross. Following his message of challenge and encouragement, Knaggs invited the men to join him around the cross as an affirmation of their desire to fully surrender and be men of God. Many women came and stood alongside the men, expressing their desire to respond obediently to God’s leading in their lives.

With the words of the Congress theme chorus fresh in their hearts—“I’m so glad I’m a part of the family of God”—Alaska’s Salvation Army family members exchanged fond farewells as each headed back to their own communities with a sense of connection and renewed commitment. 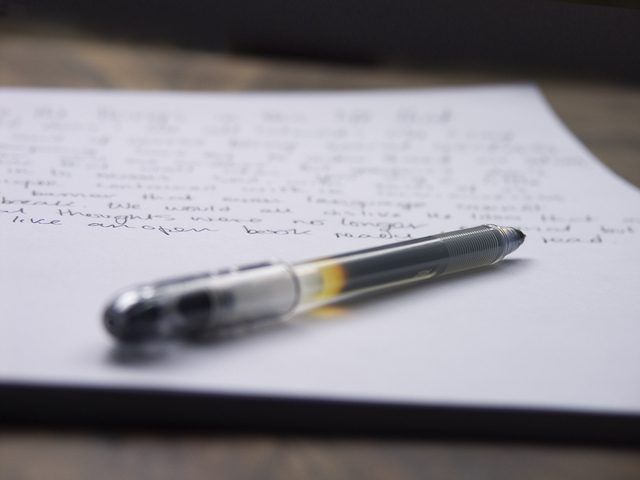 A letter to the territory 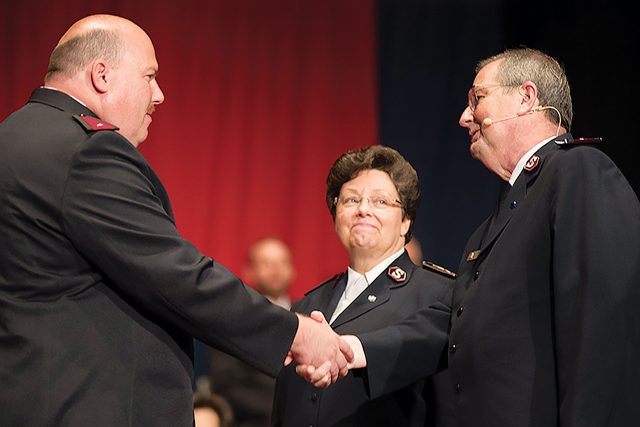