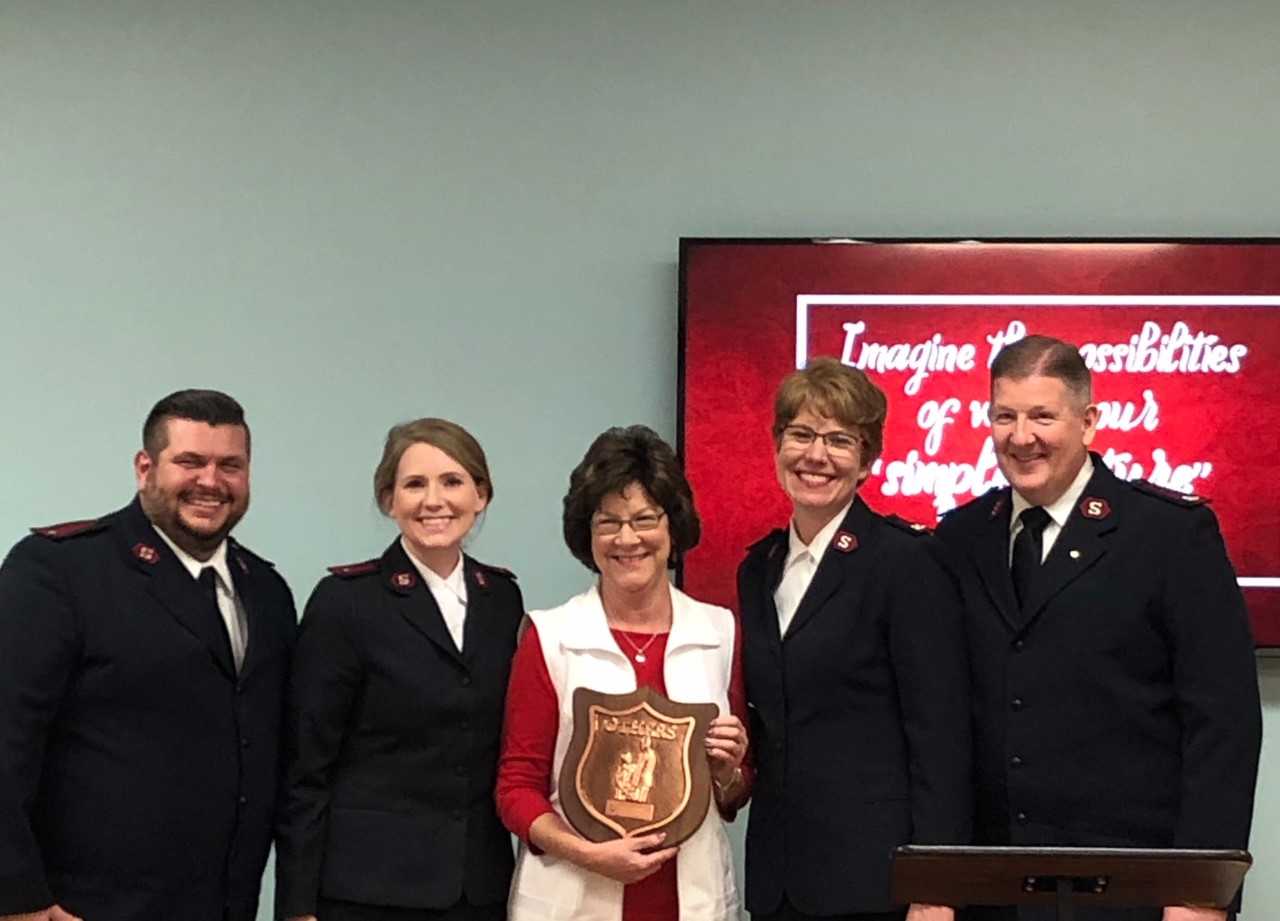 Anacortes Salvation Army presents ‘Others’ award to A Simple Gesture

Majors Bill and Lisa Dickinson, Salvation Army Northwest divisional leaders, traveled to Anacortes, Washington, for a dinner hosted by the Anacortes Corps honoring A Simple Gesture. The group, which runs a volunteer-based recurring food drive, received The Salvation Army “Others” award for their outstanding service to their community.

“This is our highest honor,” Bill Dickinson said.

A Simple Gesture founder Sue Monaghan acknowledged her team of 100-plus volunteers and over 700 donors.

“This town is so generous, it makes it easy,” she said, as reported by goanacortes.

Since it started in October 2015, A Simple Gesture has surpassed 110,000 pounds in food donations that they distribute to local food banks.

In the past, the Anacortes Corps had to budget funds to stock its food pantry. For the last two years, thanks to A Simple Gesture, it hasn’t had to spend a cent, Corps Officer Lt. Stephen Milner told goanacortes.

“We are so grateful,” Milner said.

Since The Salvation Army came to Anacortes in 1906, it has presented the Others award only two times previously.