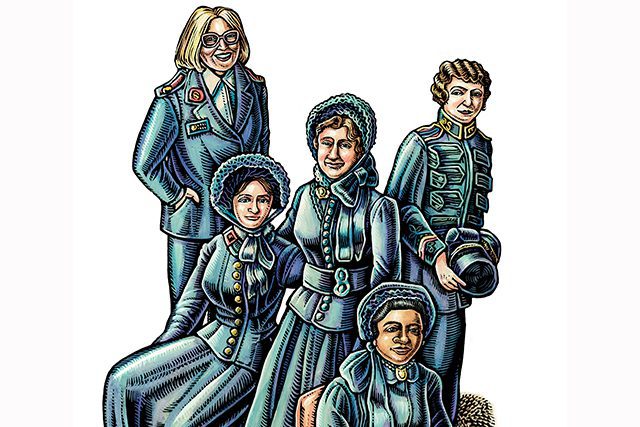 5 women who changed The Salvation Army

In the mid-1800s, Salvation Army Founders William and Catherine Booth bucked the mores of conventional society by welcoming women as active participants in ministry, including preaching. Women soldiers and officers were full partners in the Army’s ministry. And within The Salvation Army, women from all levels of society found the freedom to express themselves in their service to God.

This is not to say The Salvation Army did not face challenges in its commitment to women, such as the assignment of high-level administrative positions to married women officers. Throughout the years and amid the challenges, however, The Salvation Army has remained dedicated to the rights of women to participate actively and equally in its ministry. Co-founder of The Salvation Army. While Catherine Booth was not history’s first woman preacher, she advocated strongly for women having the right to preach, thereby clearing the path for future women, particularly in The Salvation Army. Her 1859 pamphlet “Female Ministry” was—and is—convincing. She began to preach in 1860.

“If we are to better the future we must disturb the present.”

In 1879, Lt. Eliza Shirley held the first meeting of The Salvation Army in the U.S., in Philadelphia. After initial disdain, the Salvationists were received enthusiastically. Shirley wrote to General Booth, asking for reinforcements. None were available at first, but after hearing glowing reports of the work in Philadelphia, Booth sent an official group to pioneer the work in America in 1880.

First female General of The Salvation Army. She expanded the Army’s social service programs and recruited volunteers who served as chaplains and “doughnut girls” during World War I.

“There is no reward equal to that of doing the most good to the most people in the most need.”

In 1915, in Chicago, Mabel Broome became the first African-American to receive an officer’s commission in The Salvation Army. Along with leading the charge to demolish the color line, she also reinforced the Army’s commitment to give leadership roles to women. Broome was one of the first “slum sisters”—young women officers who went into a city’s poorest sections, where they attended to people’s most basic needs.

“I have been blessed in life with a God who loves me, appointments over many years that have challenged me and have stretched me, and wonderful friends and mentors.”