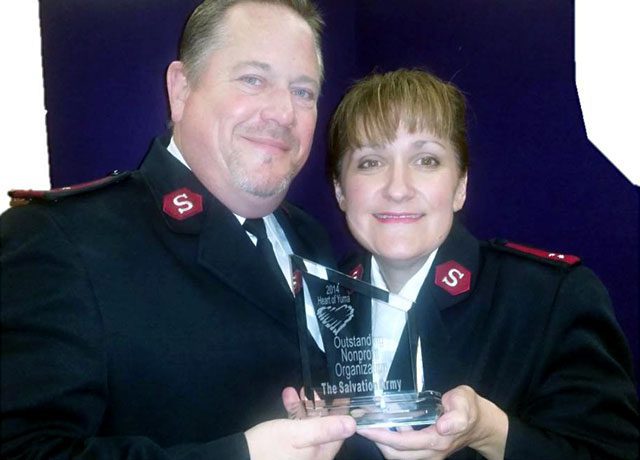 Army recognized by the ‘Heart of Yuma’

‘Heart of Yuma’ is a local event in which nominee are chosen by area citizens and colleagues. A selection panel is formed that reviews each individual nomination in order to award a winner. There were a total of 9 other organizations nominated for ‘Outstanding Non-Profit Organization.’

This was not the first time The Salvation Army had been nominated, but, this was the first time they won in Yuma. Yuma Corps Officers Captains Randy and Tracie Hartt were also nominated for ‘Leader of the Year.’

Heart of Yuma historically recognizes those individuals and organizations who are striving to give back to the Yuma Community.