Where are they now?

On June 4, the Western Territory recognized 40 officers for long service—between 25 and 45 years. Take a look at the full list, and see what a few had to say to the new lieutenants.
Colonel Deborah Horwood

Commissioned in 1992 with the Followers of Jesus Session, Colonel Deborah Horwood celebrates 25 years of service as a Salvation Army officer in 2017. She currently serves as Territorial President of Women’s Ministries in the Tanzania Territory.
“When I was commissioned as an officer, I didn’t realize just how amazing this life of ministry was going to be,” she said. “I didn’t realize how incredibly honoring it was going to be—to be trusted enough to share in the hurts and healing process of others, to lead people into closer relationships with Christ, to help women and girls discover their value in Christ and their communities, or to inspire others to explore and/or get involved in what God is doing through global missions and the movement of people groups all around the world.
“Having served in several countries and in a variety of roles, I can also testify that the Army’s best days are not behind us…but are among us now,” Horwood said. “We have so many  rich opportunities to both share the gospel and meet human needs in his name.”
To new officers, she said that “If we trust him and live in him, he will work in our lives and he will work through our lives…Know that The Salvation Army is a necessary and vital part of the body of Christ. All over the world, the Army has such a beautiful, vibrant and distinctive calling. I truly can’t count how many people, churches, and government leaders have expressed their gratefulness in finding us Salvationists present in time of need, vocal and helpful in areas of injustice, and busy in doing ministry rather than just preaching about it.”
Her life verse is Hebrews 10:23: Let us hold unswervingly to the hope we profess, for He who promised is faithful.

Commissioned in 1987 with the Messengers of Peace Session, Major Pam Gardner celebrates 30 years as a Salvation Army officer in 2017. She currently serves as the Corps Officer of the Centennial Corps in the Intermountain Division.
“I knew when I was commissioned that I was supposed to be a Salvation Army officer, but I was very insecure about what that meant—I didn’t know how God would use someone as untalented as me,” she said. “But he did use me. He used me, and stretched me, and slowly filled me with confidence as I saw myself serving as a Salvation Army officer.  Today I still know that I am meant to be a Salvation Army officer, but it no longer surprises me. Thirty years ago, I thought being an officer was more about talent; today I realize that being an officer is more about love.”
To new officers, she said: “God will use every appointment to stretch and mold you into the officer he wants you to be, so don’t get caught up looking to the next one. Your family is an important part of your ministry so do not neglect them—including your spouse.  But also, don’t neglect your ministry because of the needs of your family. Take care of the details. Honor your leaders.”
Her life verse is Joshua 1:9: “Have I not commanded you? Be strong and courageous. Do not be afraid; do not be discouraged, for the Lord your God will be with you wherever you go.”

Commissioned in 1982 with the God’s Messengers Session, Major Nancy Dihle celebrates 35 years as a Salvation Army officer in 2017. She currently serves as General Secretary and Valley of the Sun Coordinator in the Southwest Division.
“Our world is different today than it was 35 years ago,” she said. “I realize now how important it is to stay relevant and be in the world but not compromise biblical standards in a world where the values keep changing.”
To new officers, she said: “Every day is a new day full of opportunity. Even after the darkest night, remember that it is because of the Lord’s great love we are not consumed, for his compassions never fail. They are new every morning, great is his faithfulness (Lam. 3:22–23).
Her life verse is Proverbs 3:5–6: Trust in the Lord with all your heart and lean not on your own understanding;  in all your ways submit to him and he will make your paths straight.

Commissioned in 1982 with the God’s Messenger Session, Major Tom Ford celebrates 35 years of service as an officer in The Salvation Army in 2017. He currently serves as Territorial Correctional Secretary, and as of June 28 will be the Corps Officer in Mesa, Arizona.
“I see a relationship with Jesus as more vital than ever before,” he said. “It means life versus death, best life versus worse life, healing versus festering, changed and changing versus stuck and stagnant.”
To new officers, he said: “Let the Holy Spirit guide. He often speaks in a whisper. That means you need to get close.”
His life verse is Jeremiah 9:23–24: This is what the Lord says: “Let not the wise boast of their wisdom or the strong boast of their strength or the rich boast of their riches, but let the one who boasts boast about this:  that they have the understanding to know me, that I am the Lord, who exercises kindness,  justice and righteousness on earth, for in these I delight,” declares the Lord.

Commissioned in 1977 with the Companions of Christ Session, Commissioner Debora Bell celebrates 40 years of service as a Salvation Army officer in 2017. She currently serves as Territorial President of Women’s Ministries in the USA Southern Territory.
“I am even more passionate about being a Salvation Army officer today than the day I was commissioned,” she said. “After 40 years of service, I reflect that God has been faithful and I have been blessed beyond anything I could have imagined. I look forward to seeing how the next part of my journey will look.”
She encouraged new officers to “finish well every day, trust and obey—it sounds like a ‘pat’ answer, but if you keep your walk simple, commit to holy living, trust God and obey every day, you will be fulfilled in your officership.”
Her life verse is Matthew 5:16: Let your light shine before men in such a way that they may see your good works, and glorify your Father who is in heaven (NASB). 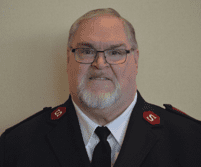 Commissioned in 1977 with the Companions of Christ Session, Major Gary Kyle celebrates 40 years of service as a Salvation Army officer in 2017. He currently serves as General Secretary in the Northwest Division.
“As a young officer it was my desire to be used of God to influence others in the same way my corps officers had influenced me,” he said. “After all of these years that is still important to me, but I have come to know even more the privilege that is mine to serve God through The Salvation Army—a privilege earned largely by those who served so well in years past. The opportunity to be a part of people’s lives and to see them grow into the people God meant for them to be has been my life’s joy.”
He told new officers that “the life of an officer in The Salvation Army can be complicated as you strive to meet the expectations of those around you, but success in ministry has less to do with checking off all of the boxes on your ‘to do list’ than it has to do with simply loving God and loving those he places in your care.”
His life verse is Proverbs 3:5–6: Trust in the Lord with all your heart, and lean not on your own understanding; In all your ways acknowledge Him, and He shall direct your paths.

Commissioned in 1973 with the Blood and Fire Session, Lt. Colonel Walter Fuge celebrates 45 years of service as a Salvation Army officer in 2017. He currently serves as National Treasurer and Secretary for Business Administration at USA National Headquarters.
“Looking back now, I think it is probably a good thing that God doesn’t actually reveal the details of his plan,” he said. “My dream of being a corps officer lasted only six years when I received an appointment as a finance trainee at divisional headquarters in San Francisco. If God had told me the details of his plan and revealed all of the things I would be called to do over my years as an officer, I would have been scared to death and told him there was no way I would be able to do any of that. It is truly amazing what God can do if you let him.”
To new officers, he said that “while you probably think that you know what God has called you to, or has planned for you, be open to his leading. You may be surprised at what he has in store for you.”
His life verse is Jeremiah 29:11: “For I know the plans I have for you,” declares the Lord, “plans to prosper you and not to harm you, plans to give you hope and a future.”

Commissioned in 1973 with the Blood and Fire Session, Lt. Colonel Helen Starrett celebrates 45 years as a Salvation Army officer in 2017. She currently serves as Divisional Director of Women’s Ministries in the Intermountain Division.
“Serving as an officer today still holds the thrill and excitement as it did over 40 years ago,” she said. “Yes, I am a bit more mature, perhaps as appointments change the challenges are somewhat different, but the call is as alive today as the day I entered the Training College in San Francisco, wondering how God would use a shy, introverted young lady to further the ministry of The Salvation Army. I am still surprised at times that he continues to use me to serve him.”
To new officers, she said: “Stay focused on allowing God to use you in whatever appointment he needs you. My advice is to concentrate on the appointment you are serving, and not worry about ‘what’s next.’ Remember that he chose you to serve him; keep your eyes on the race, to help ‘win the world for Jesus.’”
Her life verse is Joshua 1:9: “Have I not commanded you? Be strong and courageous. Do not be afraid; do not be discouraged, for the Lord your God will be with you wherever you go.” 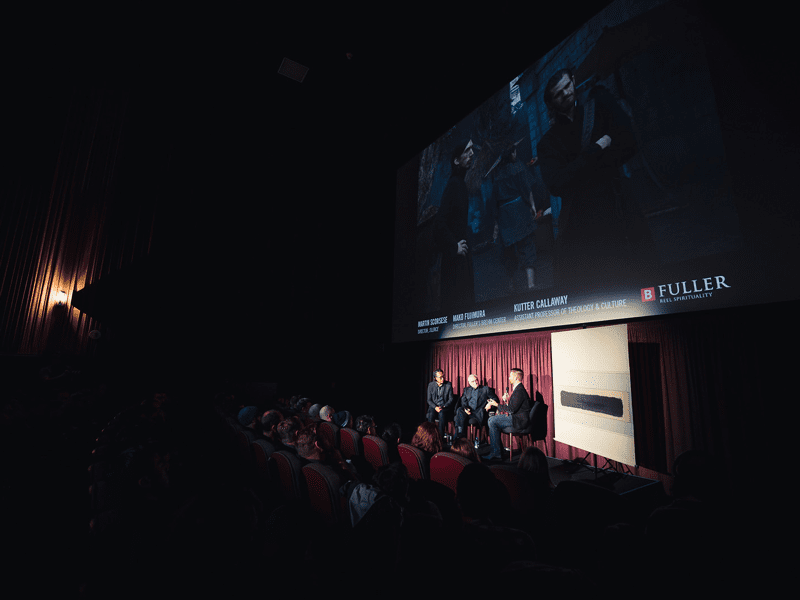 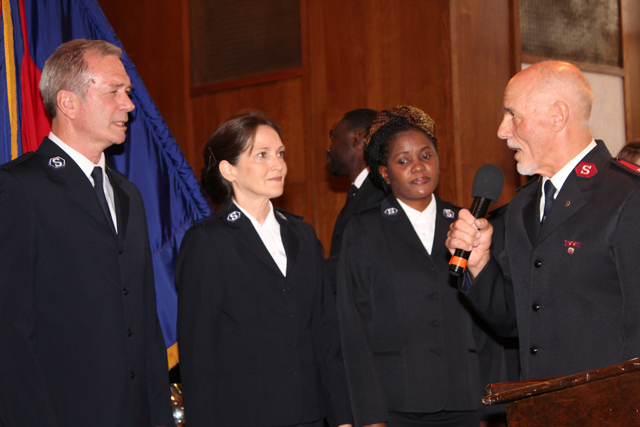 Meet the National Ambassadors for Holiness 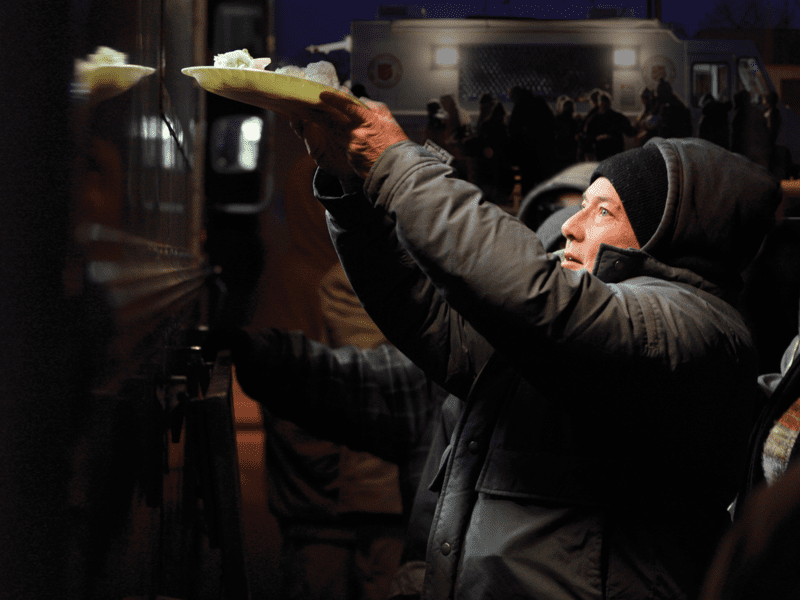 Soup and hope: every day at 4 am, this truck serves the homeless 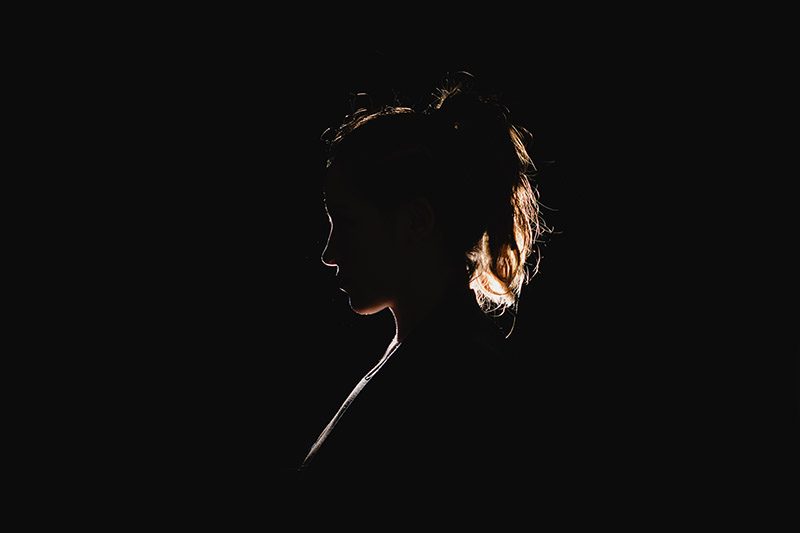 New program hopes to change the narrative on trafficking