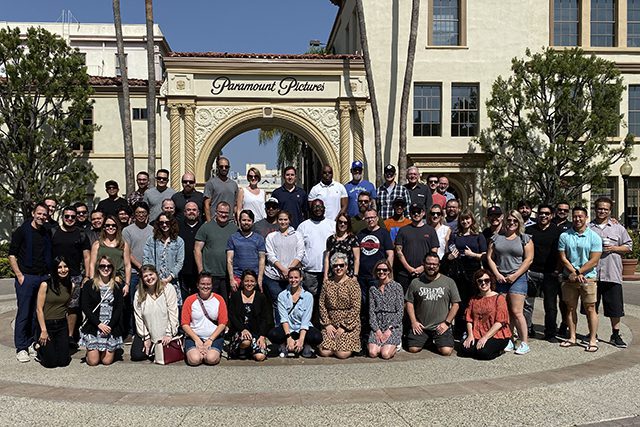 The Western Territory’s Multimedia Ministries department hosted The Salvation Army’s International Media Symposium on the Crestmont Campus Oct. 7–11. The symposium, held every three years, provides delegates the chance to meet counterparts from around the world.

“The heart of this event is the opportunity it provides those of us involved in video production in The Salvation Army to connect with and learn from each other,” said Josh Cowing, Territorial Director of Multimedia Ministries. “Prior to the first symposium in 2008, we weren’t even aware of each other. I know the contacts made this week will have lasting impact on our work for years to come.”

Hodder noted that sociologists say stories give people an easy way to see things from a different perspective—this is why Jesus used parables, he said.

“Well-told stories will continue to produce results,” Hodder told attendees. “Your skills are critical to communicating the gospel. More and more you are the open air of today.”

Lt. Colonel Brian Venables, International Secretary for Communications, explained that his team works with all other IHQ departments to handle public relations matters that require responses from international leadership and to draft communication policies and standards. He shared the IHQ series, “Living It,” with practical ways church groups can impact their communities.

Delegates spent a day attending workshops, selecting two from a list that included lighting for video, color grading and timing, live streaming, live event technologies, converting views into donations, interviewing techniques, building your brand on YouTube and shooting for Emergency Disaster Services. In the workshop “Finding the Balance in Our Stories,” leaders Chris Priest and Bridget O’Leary led an open forum for delegates to share their successes in telling The Salvation Army’s story to educate, inspire and attract donations and volunteers, all while transforming lives in the name of Jesus.

Mark Joseph, a film producer and author, spoke to the group about the Christian influence in media and its evolution over the last 25 years, and about the current state of media in America and beyond.

Joseph has worked on films including “The Chronicles of Narnia” and “The Passion of the Christ.” His new film, “No Safe Spaces,” premiered Oct. 25.