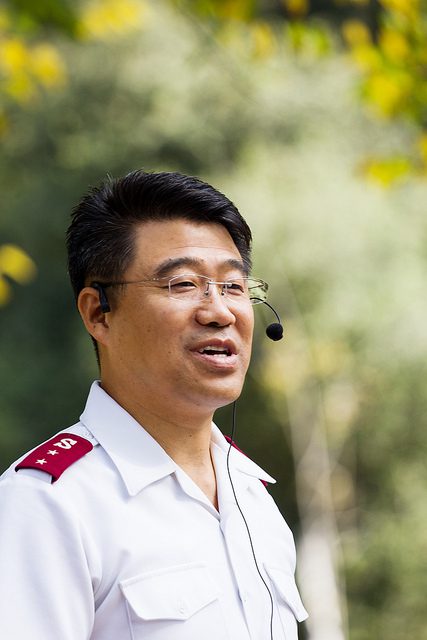 West to host Korean Ministries Consultation in May

Event will unite 200 Korean delegates from the U.S. and Canada.

The Western Territory will welcome 200 Korean delegates from across the U.S. and Canada May 13-16 for The Salvation Army’s 10th North Americas Korean Ministries Consultation and first Korean Congress at the Hotel Maya in Long Beach, Calif.

“I think this event will be a blessing to not only this territory, but others as well,” said Lt. Colonel Zoilo Pardo, territorial multicultural secretary. “[Delegates] will share in the Word of the Lord, as well as in their studies and challenges.”

Los Angeles Korean Corps Officers Captains James and Joyce Lee are coordinators for the event. It is the first time since 1995 that the Western Territory will host the Korean Ministries Consultation.

According to Associate Territorial  Multicultural Ministries Secretary Lt. Colonel Magali Pardo, the consultation aspect of the event will be for Korean corps officers to discuss the future of Korean ministries of The Salvation Army.

“The goal is to understand cultural ministries within The Salvation Army internationally, as well as explore the expansion of these ministries and issues that may arise within the Korean ministries,” she said.

Aside from the consultation, the first Korean Congress, themed “Restoration” based on Jeremiah 15:19, will take place for Korean Salvationists, in addition to officers.

The congress will also explore the history of Korean ministries in The Salvation Army with pamphlets and videos throughout the event.

“We want the congress to go over the whole trajectory of Korean ministries,” said Maryuli Darby, territorial multicultural translation projects and resources director. “Because they are dispersed throughout the country, it’s nice for them to be able to unite at this event.”