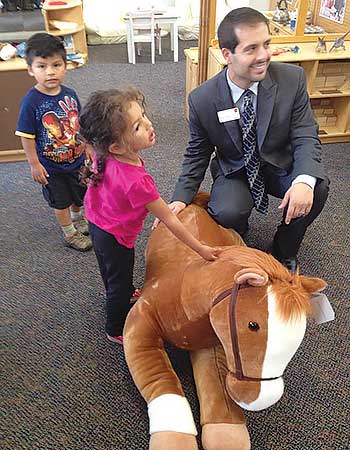 San Francisco-based Wells Fargo Bank has shown a particular interest in the work of The Salvation Army in the Golden State Division. Whether the Army needs volunteers, funds or programs, the financial services company—this year alone—gave $100,000 to the division along with more than 1,000 volunteer hours from its employees in the area.

“The Wells Fargo relationship has been a blessing to the Golden State Division,” said Director of Development Ernst Bauer. “We are very excited to be honoring this partnership at San Francisco’s Holiday Luncheon this year.”

Since 1999, the Wells Fargo Foundation has contributed roughly $1.1 million to The Salvation Army Western Territory, including significant contributions to an Army capital campaign in San Francisco and to the San Francisco Kroc Center building fund.

“Aside from cutting big checks to the Golden State Division, Wells Fargo continues to send us armies of volunteers. I have been in this position for the past five years and have always been able to count on Wells Fargo volunteers to do any job and bring loads of  positive energy,” said Jaime Smith, San Francisco Metro Volunteer and Intern Coordinator.

The Army/Wells Fargo relationship is a reciprocal one. Recently, the Wells Fargo Mortgage Division invited Ted Elisee, director of advancement for The Salvation Army Monterey Peninsula Corps, to speak to over 50 of its local employees about the mission and programs of the corps.

The history of the partnership between the Army and Wells Fargo stretches back to the late 19th century when a group of Salvationists in the San Francisco area received a wagon as a loan. That wagon was a Wells Fargo stagecoach. The Salvation Army used it to get to the Pacific Northwest, and the use of the stagecoach became an essential part of its work. Ultimately, it was the first stagecoach that took the Army into the rest of the Western United States, signaling a new era for the Army.