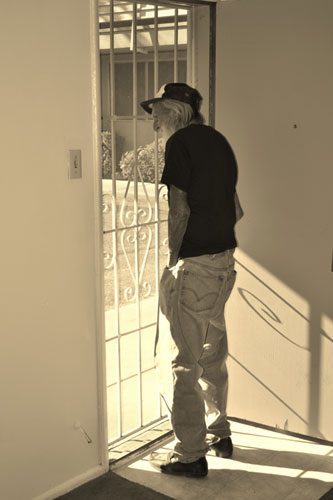 The White House made a bold statement recently, declaring Phoenix as the first U.S. city to house all locally identified chronically homeless veterans.

When Greg Stanton became Phoenix mayor in 2011, he made homelessness a top priority and teamed with the Arizona Coalition to End Homelessness (AZCEH) to do so. From this came the realization that much of the city’s homeless population consisted of veterans, and the AZCEH created Project H3 Vets as an extension to the existing Project H3—home, health and hope.

“The idea is that we are using a housing first model and if you provide people housing and you give them the resources to focus on their health, then you give them hope for the future,” said Rebecca Pringle, development and communications director for the AZCEH.

Since its beginning in 2011, more than 200 chronically homeless veterans have found permanent housing in greater Phoenix through Project H3 Vets, ending chronic homelessness among veterans in the city.

Project H3 Vets accomplished this goal after Stanton issued a challenge in November 2013 to ensure that every veteran had housing before Christmas, and it was met.

The success of Project H3 Vets is in large part due to community collaboration that involved many different partners and organizations. A large group of volunteers gathered to coordinate outreach and identify chronically homeless veterans. The Veteran’s Administration worked closely with the city to find veterans and place them in appropriate housing.

“The point was not to start a new program, [but] to streamline the resources that are already available and allocating that at our most efficient use,” Pringle said.

The AZCEH identified these veterans through street counts, StandDown events and other forms of outreach at the Veteran’s Administration Hospital, shelters, parks, and various local areas. They then worked with the veterans to get them HUD-VASH housing vouchers and find homes.

“When you’re dealing with chronically homeless individuals, these are the people that are least likely to engage in the system on their own,” Pringle said.

Project H3 Vets had the help of  “navigators,” who themselves were homeless or almost homeless at some point, to mentor people through the process of getting all paperwork in order to apply for housing.

Acknowledging that this may take some time, “bridge housing,” a form of temporary housing, was introduced to keep veterans off the streets and not lose track of them in the middle of their housing application process. Nineteen veterans are currently bridged until they find permanent housing.

“The Salvation Army has historically had a commitment to serving veterans,” said Major David Clitheroe, Southwest divisional social services consultant. “We had the funding available and this is a great program to fight homelessness among veterans. There is no question; the number of homeless vets has gone way down.”

According to Pringle, a final review of Project H3 Vets’ success was conducted in February, and results will be available this spring.

The City of Phoenix does admit that homelessness is not static. Therefore, to maintain the success of the project, it will continue to actively engage at-risk veterans to keep them off the streets. The Salvation Army hopes to continue to help fund the program with support from donors and partnerships.