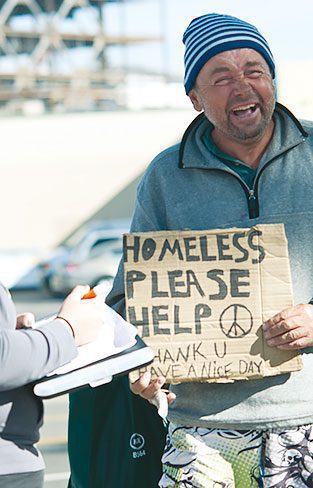 A homeless camp there received an eviction notice and the CHP invited the Army to be there with services for those in need. Morales, as the clinical director for The Salvation Army Transitional Living Center and Homeless 2 Home programs in Ventura, Calif., had plenty to offer.

“We found a woman who had dug stairs to get to her camp, created her own fence, had a rug on the floor, a basket for her shoes, and a flower in a vase on the table,” Morales said. “She had respect for her surroundings and pride in what she had, but she wanted help.”

Morales works to assist individuals like this woman who are living on the streets of Ventura, as well as those who are at risk of homelessness. And in Ventura, service providers are taking a new approach.

The Salvation Army is one of four agencies in Ventura that operate Homeless 2 Home as part of a continuum of care in the county aimed at assisting individuals in attaining their highest level of independence.

“In the past, agencies wait for people to come to them. We no longer do that,” said Orth, who spent 20 years as a private investigator and then an assistant pastor before being hired by The Salvation Army in 2012. “We are proactively going out and engaging people in the street, developing relationships, meeting at their level, working on a plan with them for moving into housing. It’s a very tailored, individual approach but it has a system to it.”

At monthly team meetings, Morales said the street outreach workers from each agency collaborate on those each has been in contact with that month, what services were provided and what approaches could be tried. They use engagement cards, modeled after the police field interview cards, to track the chronically homeless.

The U.S. Department of Housing and Urban Development (HUD) changed its funding requirements in 2011 to prioritize street outreach, housing first and rapid rehousing models as best practice approaches to ending both episodic and chronic homelessness. Communities—including Ventura—that proactively adopted these changes have already seen a decline in chronic homeless numbers.

According to the Ventura County 2013 Homeless Count and Subpopulation Survey, 1,774 adults and children were homeless at the time of the count, representing an 8 percent decrease since 2012 and the lowest total count since its inception in 2007.

Since 2012, the Ventura County and City of Oxnard Homeless Services Continuum of Care systems began implementing a Housing First and Rapid Re-housing approach, and successfully developed over 100 units of permanent supportive housing. There are 12 shelters and 13 transitional housing programs in the area that help individuals and families exit homelessness every day.

The Salvation Army in Ventura operates a transitional living center downtown with 50 beds. In the past two years, Orth said the Army has moved roughly 200 people off the streets and into housing. That’s where Amy Luoma, The Salvation Army’s Homeless 2 Home Housing Specialist, comes in.

“Ending homelessness can’t just rest on the shoulders of social service agencies; we need businesses to step up and employ those who are challenging to employ and we need landlords to take a risk on someone who has tarnished credit and a more colorful background,” Luoma said. “It’s something that has to be done as a group.”

Luoma works to locate every bit of affordable housing in Ventura County, and to establish relationships with landlords and “sell” the Homeless 2 Home program to them. “The case management component shows that we’re not leaving landlords in the lurch,” Luoma said. “We’re here to support both landlords and our clients.”

Orth said it’s a challenge in Ventura, a coastal community with high property prices. “We’re strategically looking at how we make it work here,” he said. “It may be that people need to be paired so two incomes are supporting one apartment as opposed to everybody being singular.”

This year marks the 50th anniversary of the War on Poverty, as declared by President Lyndon Johnson. According to government data, the rate of poverty is about 16 percent, with some 46 million Americans living below the poverty line of $23,492 per year for a family of four. In January, The Salvation Army signed on to work with Catholic Charities USA, Feeding America, Save the Children, National Alliance to End Homelessness, Lutheran Services of America, United Way, and The Alliance for Children and Families to support poverty-reduction initiatives.

“It’s easy to meet an immediate need, but our challenge is to take a more long-term view to get people home,” Orth said. “Homeless 2 Home focuses us on one person at a time through relationship development. When we provide social services to the masses, a whole bunch of people are fed for the day but then tomorrow comes…When we engage people in their homelessness, a transformational process can begin.”

The Army’s street outreach team of four is assigned to Ventura areas that match police districts. They make repeated contact with people in the same area, and get to know law enforcement assigned there as well. The team also works through a criminal intervention program to offer assistance to someone with repeated minor offenses.

“It’s a process; someone who has been chronically homeless for 10 years doesn’t suddenly stop being homeless,” Orth said. “It may take two years before someone comes in, but they will get to know us and trust us in that time.”

The Army is now looking now at sustainable funding sources outside the government, including an endowment structure, and continues to work with community partners. As a member of the continuum of care, Orth and roughly 50 other organization representatives sit down once a month to discuss how the group can eliminate homelessness. Another group of local agency executive directors, Ventura County Together, meets to focus on how to reduce poverty.

Back on the side of the freeway, Morales set up an interview for the woman at the Transitional Living Center. She came 30 minutes early, ready to be housed. In the days that followed, a case manager helped her get a Social Security card and ID, and the woman found permanent housing within five days.

“She was a mother and had a home, and was going back to what she knew without the members around her; she was holding on to the family she used to have,” Morales said. “This won’t happen for every person so quickly, but things can be done. She is a woman I will never forget.” 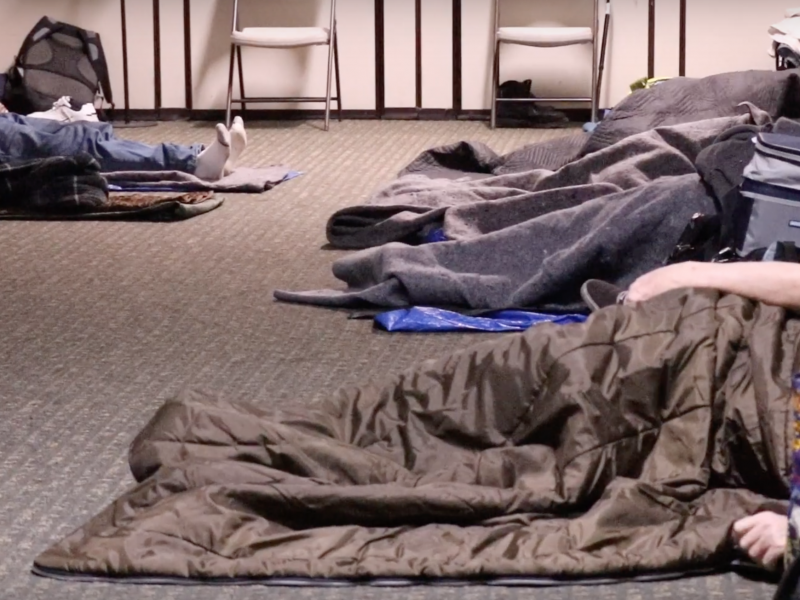 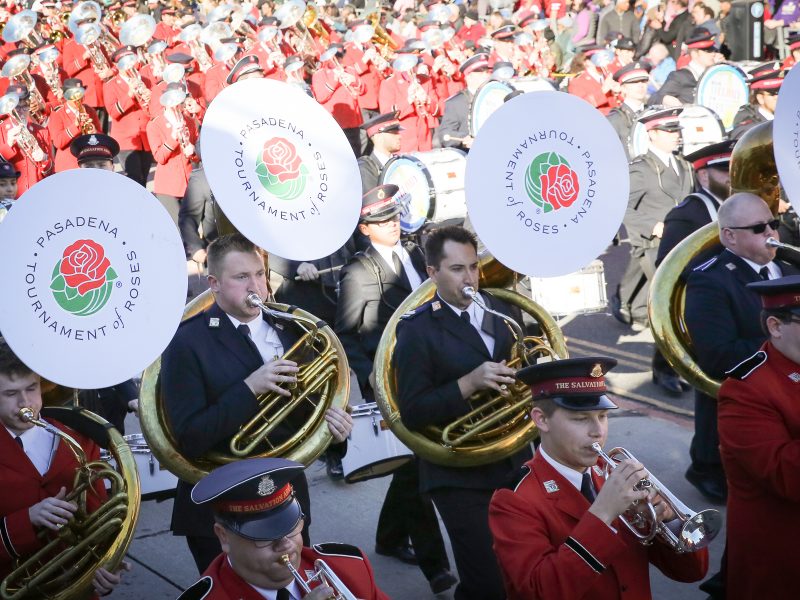 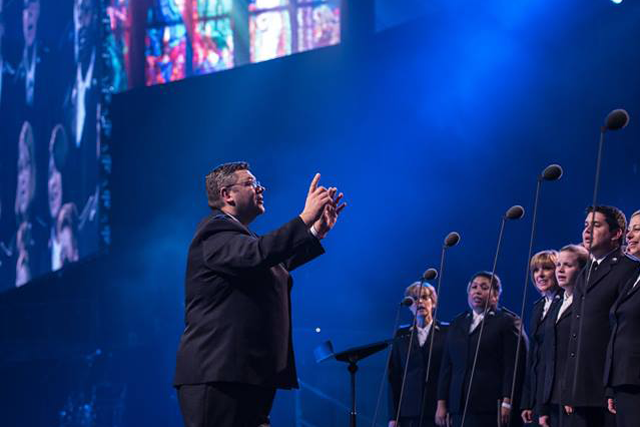 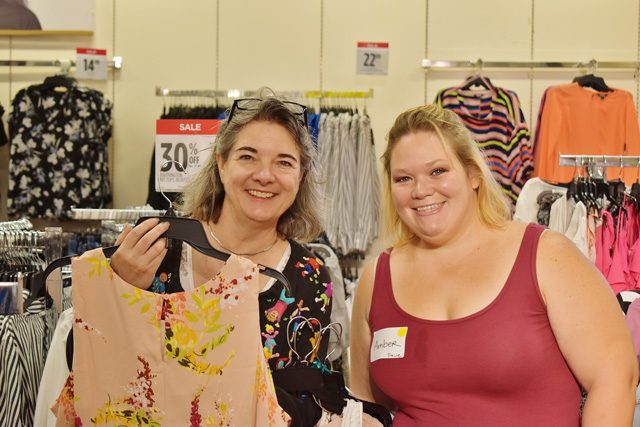