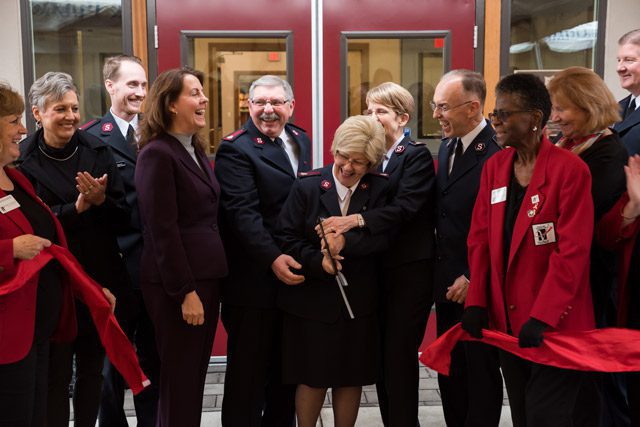 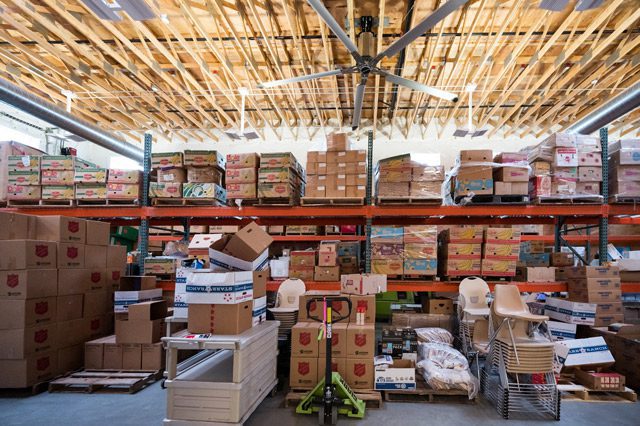 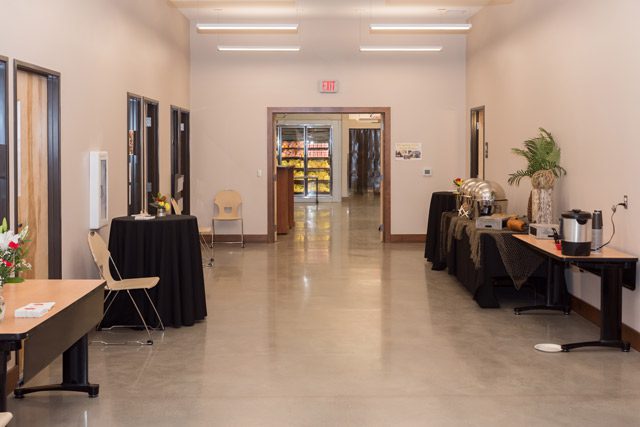 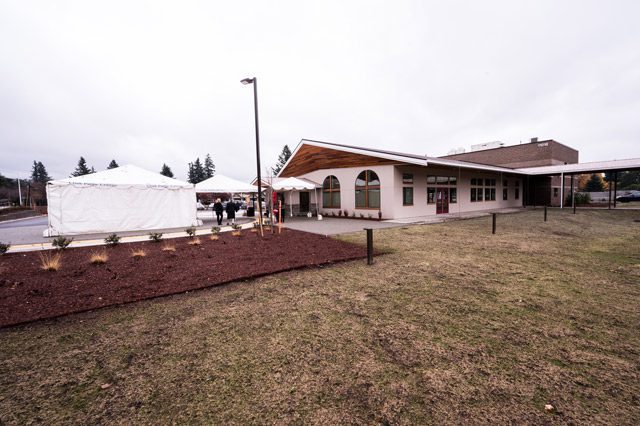 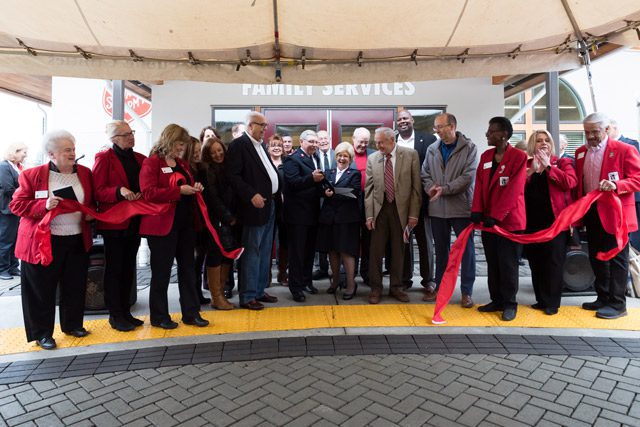 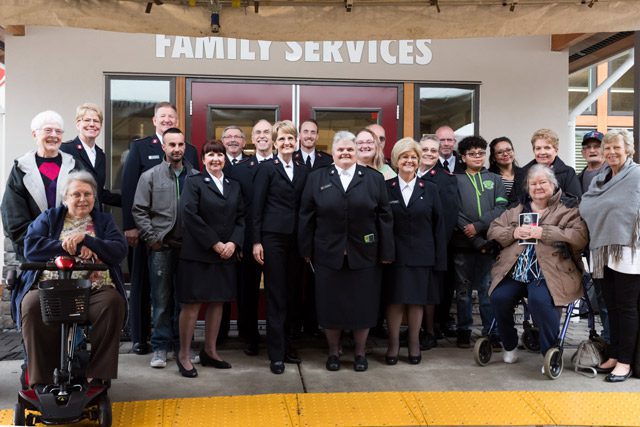 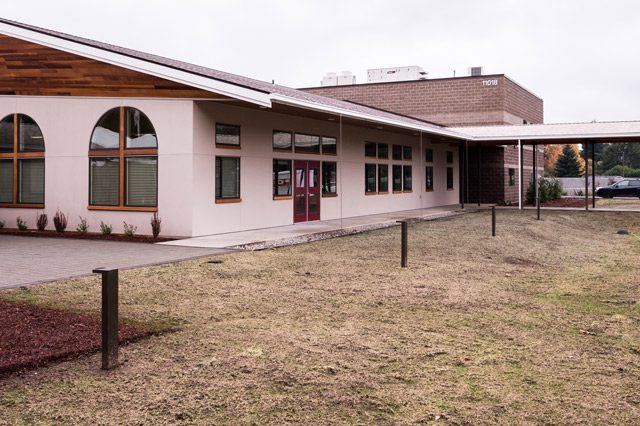 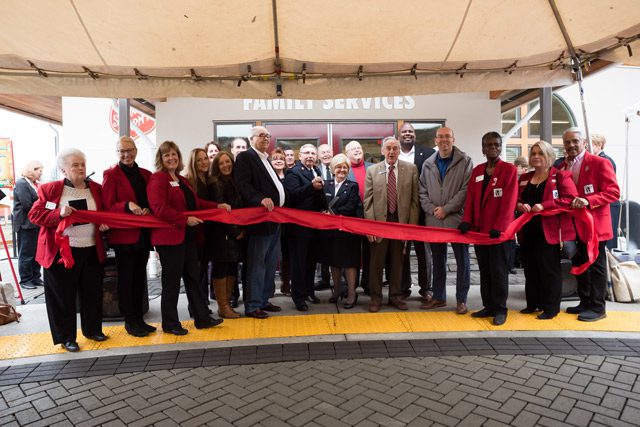 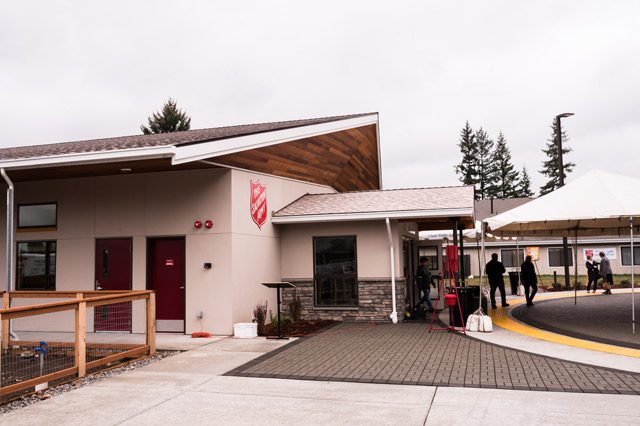 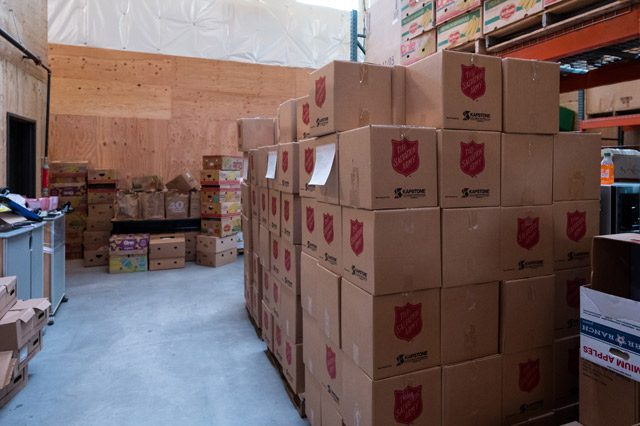 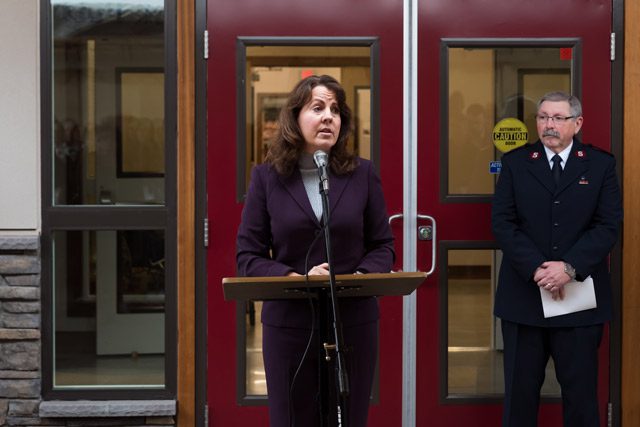 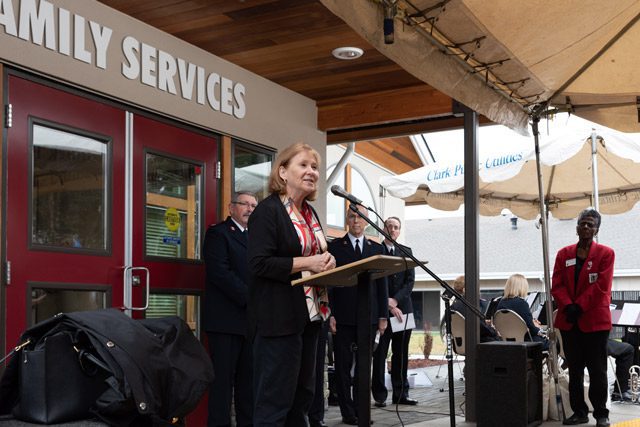 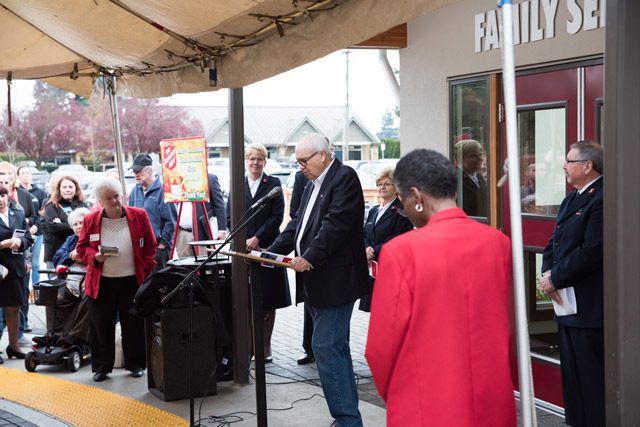 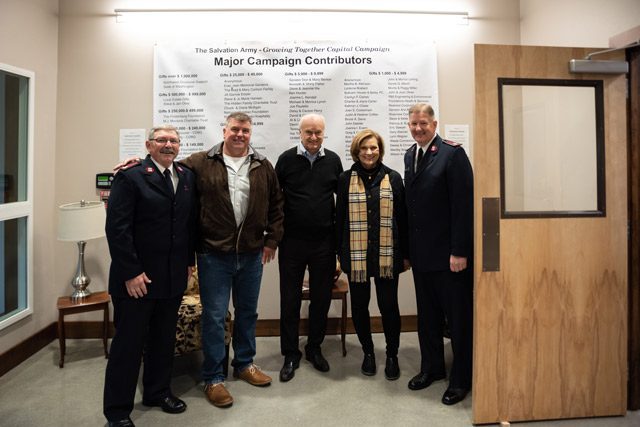 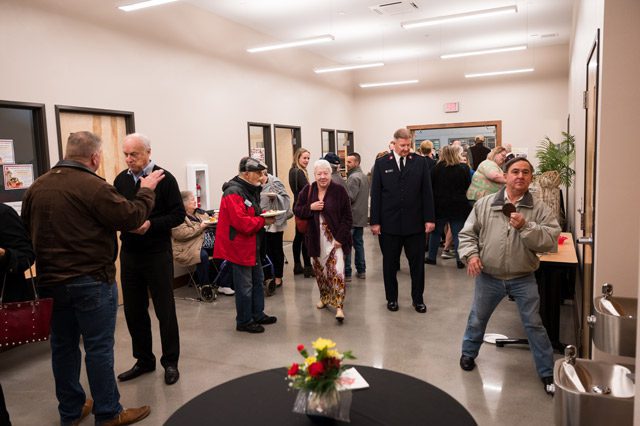 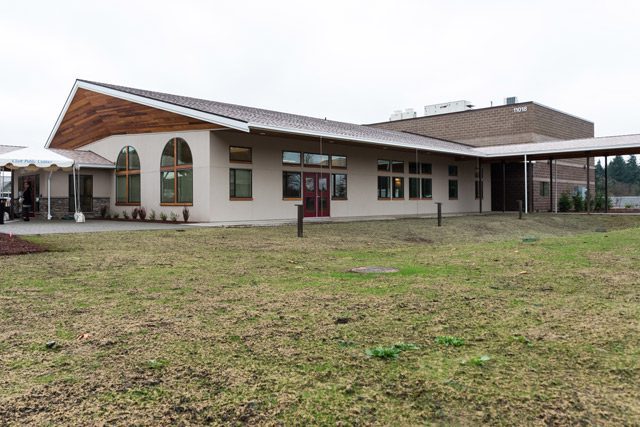 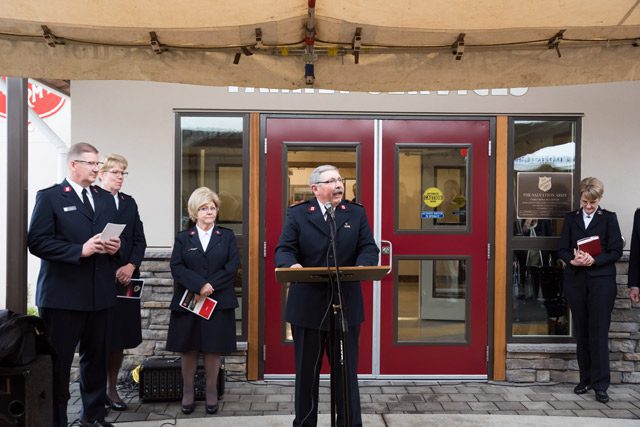 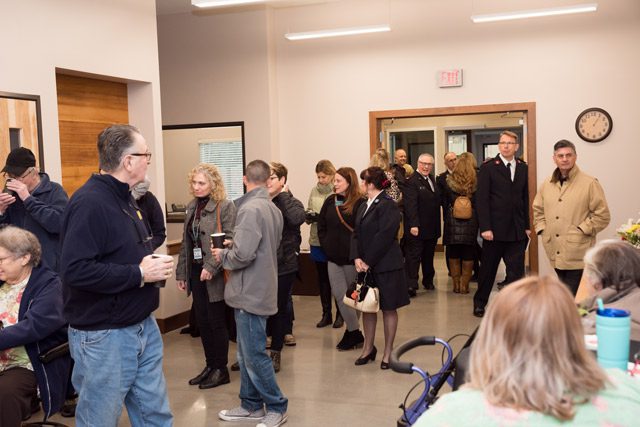 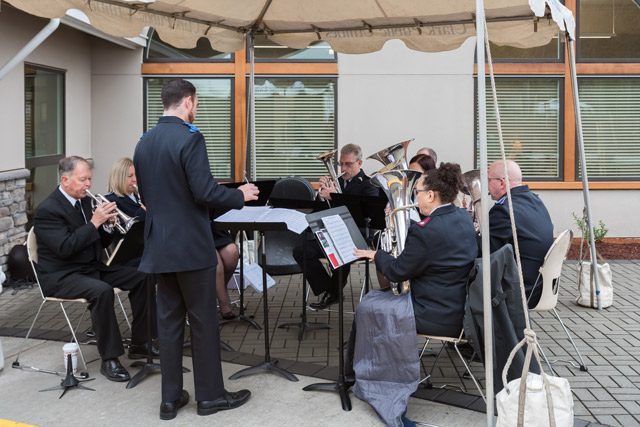 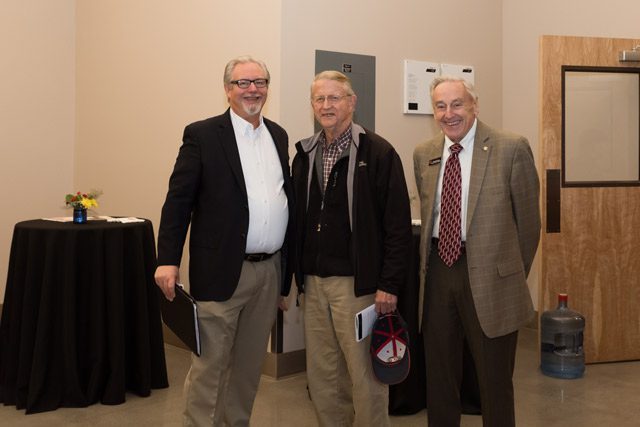 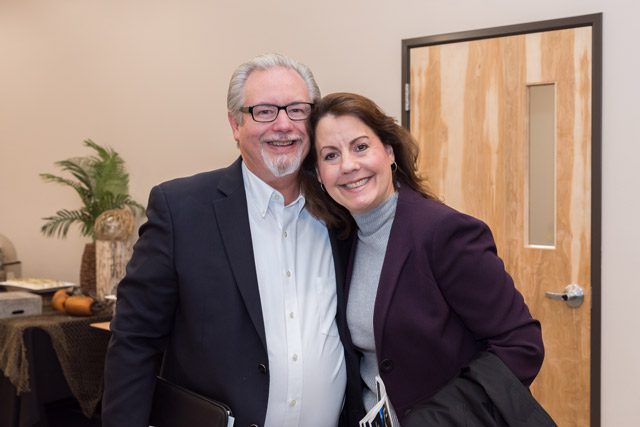 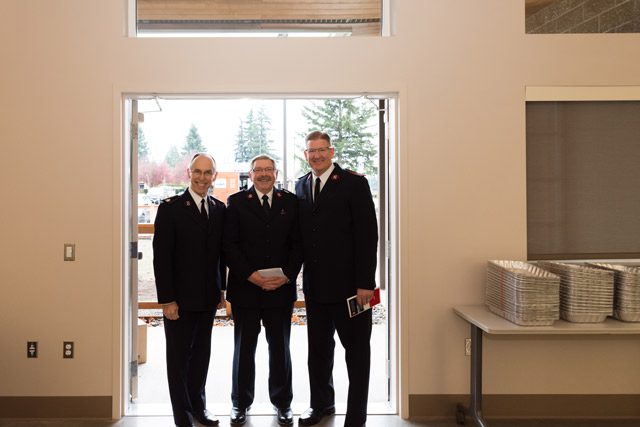 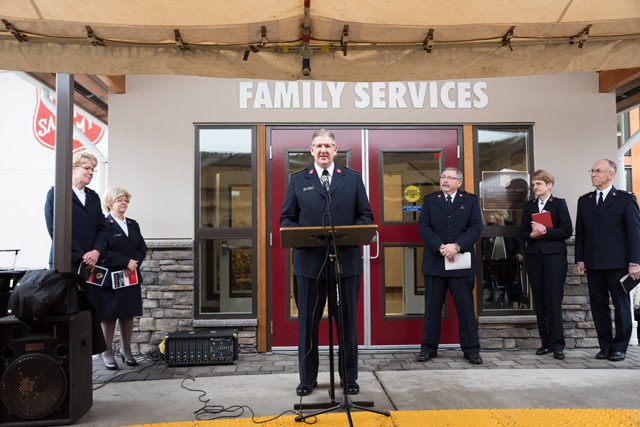 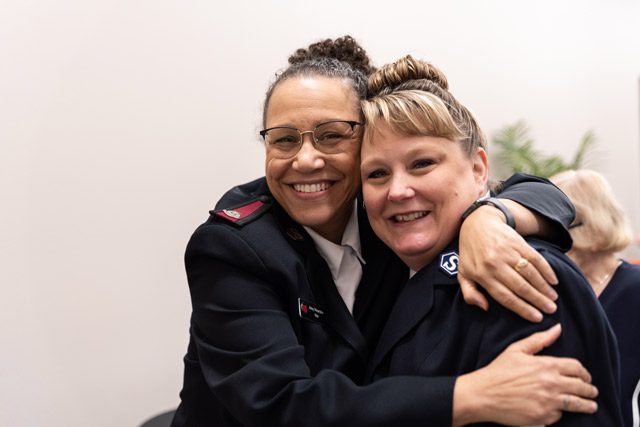 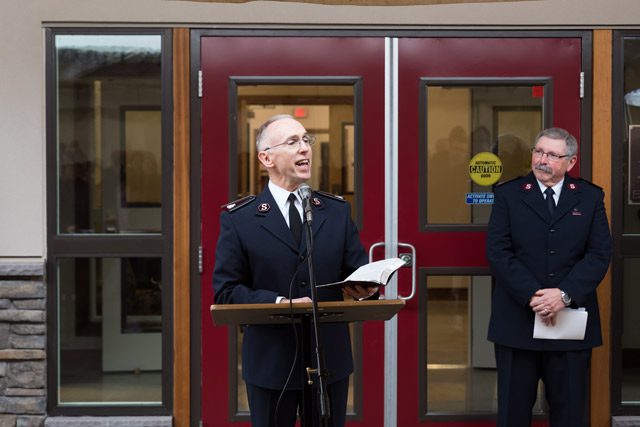 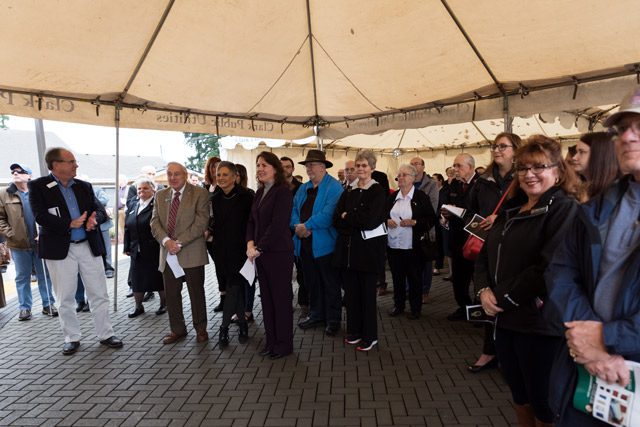 The Salvation Army in Vancouver, Washington, celebrated the grand opening of its new and expanded facility—located at 1500 NE 112th Avenue—that will allow the corps to offer more community services. The event took place Nov. 15 at noon, hosted by Vancouver Corps Officers Majors Michael and Susan Nute.

“After years of exploring various options for expanding services in Vancouver, the decision was made to build on property we already own,” Michael Nute said. “The new building allows us to consolidate services that have operated for many years from a leased facility. This move saves us the most money and makes the most sense in bringing all services to a single campus.”

McEnery-Ogle and Rivers spoke during the event, as did Vancouver Advisory Board Chair George Francisco and immediate Past-Chair Dennis Short.

“The dedication of this new and expanded facility signifies the culmination of a long-held dream in Vancouver: to give full expression to the Army’s spiritual and social mission,” Kenneth G. Hodder said.  “It’s a tremendous achievement, made possible only through the vision of its officers, the active involvement of the soldiers, the warm support of the community, and the blessing of God. The future of the Army in Vancouver is bright.”