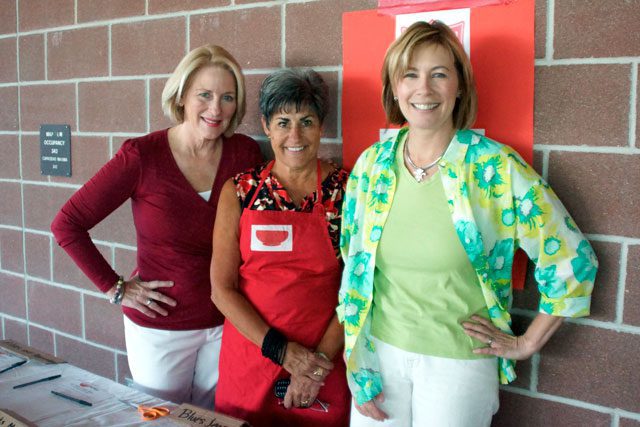 Three decades of helping others

Tsu Wolin-Brown has worked with The Salvation Army in Vail Valley, Colo., for more than three decades, first as a volunteer and now as the service center coordinator.

Tsu Wolin-Brown has spent much of her life giving back to her community through the Vail Valley Salvation Army.

Tsu Wolin-Brown’s smiling face is synonymous in Vail Valley, Colo., with The Salvation Army’s Service Center there. She started volunteering for the organization in 1983 and is now the center coordinator.

“I’d always planned on volunteering at sometime in my life,” Wolin-Brown said. “I realized there was nothing to wait for. Why not start making a difference immediately?”

Back in the early 1980s, she and a group of friends volunteered with Adopt-A-Family and put together food baskets. Her son, Eric, was helping sort cans of food for the baskets by age 2.

“He couldn’t read yet, but he knew what was a fruit, what was a vegetable, and what was a soup,” she said.

Her volunteer work “was a good fit with what The Salvation Army did,” so she joined in—as a volunteer for 21 years and then started on staff in 2004 as a caseworker.

Since then she’s seen the caseload rise dramatically.

In 2008 Wolin-Brown said she began seeing faces she never thought she’d see, all coming to The Salvation Army for help. These were people she knew socially, who had never before needed assistance.

“There were architects, real estate agents, general contractors who would come in and be so embarrassed. It was humbling, and a look at how some of these things can happen to any of us, all it takes is one accident,” Wolin-Brown said.

In turn, people “became aware of what we really did,” she said, and many have since become supporters, helping The Salvation Army by soliciting for gifts, ringing the bell at Christmas time, and helping to organize events.

“I’ve seen it come full circle,” she said. “Once people are back on their feet, they’re helping more than they did before. It’s pretty meaningful.”

The Vail Valley Service Center prides itself on doing more with less, thanks in part to lots of community partnerships, with only two paid staff members and hundreds of volunteers.

“In our community, in addition to needing the volunteers in order to do work we do, we’re also giving people the opportunity to do what they want to do anyway—give to others and teach their kids to give to others,” Wolin-Brown said.

When Eagle County resident Meighen Lovelace came to the center a decade ago, she was in crisis, though at the time she didn’t understand what the term meant. She’d just lost her job, was on the verge of losing her home, and she was a new mom with an infant at home.

“I was thinking about things like feeding myself and my family, figuring out what to do after I lost my house, where to go and what resources were available,” Lovelace said. “I wasn’t in a spot to see the bigger picture and Tsu helped me step back, take a breath, and she said, ‘You can make it through, this is how you can do it; let’s get a plan together.’”

“To say, ‘I believe in you and I know you can do this,’” Lovelace remembered. “Those two things combined, resources and mental support, were critical for me being able to get to a better spot.”

Lovelace now volunteers running the center’s community garden, and helps coordinate outreach to volunteers when needed. “If there’s a gap in services that has been identified, we put our heads together and go see what we can do,” Lovelace said.

“Tsu has known a lot of these families and kiddos since they were born; they connect with her right away,” Lovelace said. “I see them go up to her, pull her aside and confide, seeking her out as a space where they feel safe, feel like they can trust. These kids don’t often get that at home.”

Wolin-Brown’s energy and enthusiasm for her work are contagious, Lovelace said.

“It makes you want to get involved, makes you want to volunteer, because she’s such an inspiration,” she said. “Not only does Tsu talk about making positive change in the community, she’s doing it every single day…she never loses that smile and the genuine belief that there’s good out there.”