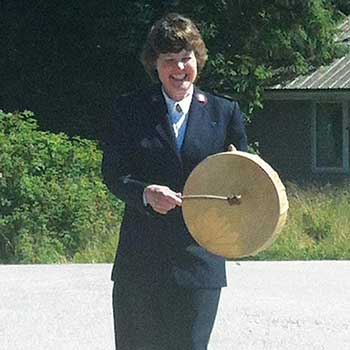 The Salvation Army returns to Angoon

Major Cathy Quinn uses the drum to call the village to worship.
Photo by George Baker

Angoon Corps reopens after being closed since 2004.

More than an eighth of the population of Angoon, Alaska, joined in the July 14 reopening of the Angoon Corps.

Corps Officers Majors John and Cathy Quinn, Divisional leaders Majors George and Jeanne Baker, and divisional Secretary Major Daniel Freeman welcomed friends from the neighborhood and others from as far away as Juneau and Sitka.

Major Cathy Quinn called the village to worship with a drum, walking through the town to rhythmically encourage everyone to come to church—56 of the island’s 400 residents attended.

“You can feel the anticipation in the village, and the excitement that people have expressed in having ‘their Army’ back has been heartwarming and uplifting,” Major George Baker said. “Today is proof that ‘he makes all things beautiful in his time.’”

Retired Corps Sergeant Major Cyril George, presently living in Juneau and a prior Salvationist in Angoon, provided music and thanked the Army for returning to the town.

Having served in Kodiak for the past six years, the Quinns began efforts to replant the church in Angoon with a July 4 meeting in the home of a Salvationist. Following a time of worship, the group began planning the upcoming installation service. 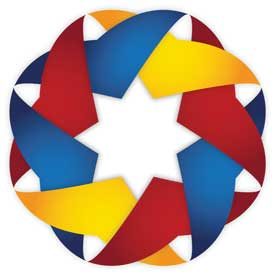 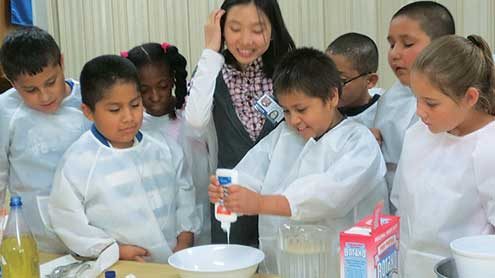 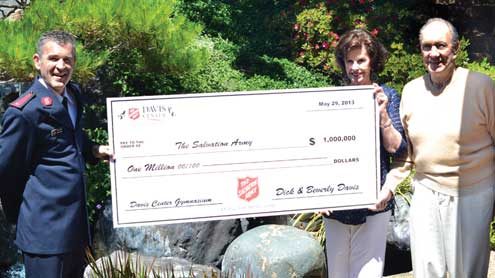 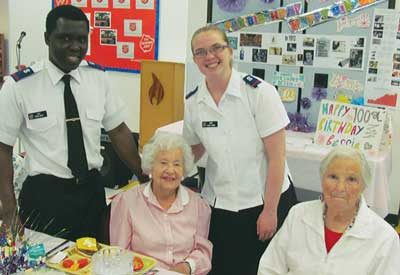