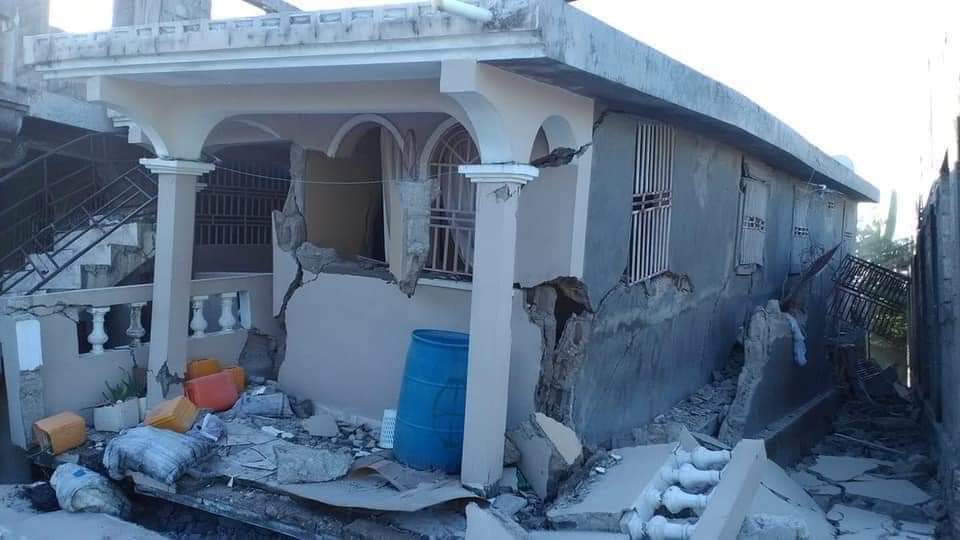 The Salvation Army Responds to Devastating Earthquake in Haiti

The Salvation Army in Haiti is responding after a 7.2-magnitude earthquake brought devastation across the south of the country.

Almost 1,300 people are known to have been killed in the disaster, with that number certain to rise as collapsed buildings are cleared ​and thousands of missing people are accounted for.

According to Reliefweb.int, “The earthquake has caused severe damage to infrastructure, including hospitals, especially in Jérémie and Les Cayes.” First reports say that no Salvation Army personnel have lost their lives, but a number of Salvation Army buildings have been seriously damaged — including one corps hall which has completely collapsed — resulting in Sunday worship to be held outdoors, in many places.

A Rapid Response project has been put together at The Salvation Army’s International Headquarters (IHQ) in London to provide initial funds for food, drinking water and hygiene items. Tents and tarpaulins are also needed, especially as heavy rain sets in from Tropical Storm Grace. Medical support may also be sought from a Salvation Army clinic in Fond-des-Nègres. A relief team has been assembled, supported by Major Kenel Jean, Territorial Emergency Disaster Coordinator for the Caribbean Territory.

Damaris Frick, International Emergency Services Director at IHQ, said that the situation is complicated further by COVID regulations and restrictions. “The Prime Minister of Haiti has said he won’t be seeking international help until the first assessments have been carried out,” she explains, “but we are fortunate that many Salvation Army personnel in Haiti have received emergency response training.”

The response is made even more difficult because some roads have been damaged between the capital, Port-au-Prince, and the worst-affected region. There are also major security concerns around any travel through the center of the country.

General Brian Peddle, The Salvation Army’s international leader, shared a recollection, via his Twitter account, of a visit he made to Haiti when he found  “a deep sense of hope” in the country’s young people. He added, “I pray that nothing, even current events, robs the next generation of a good future. Bless Haiti.”