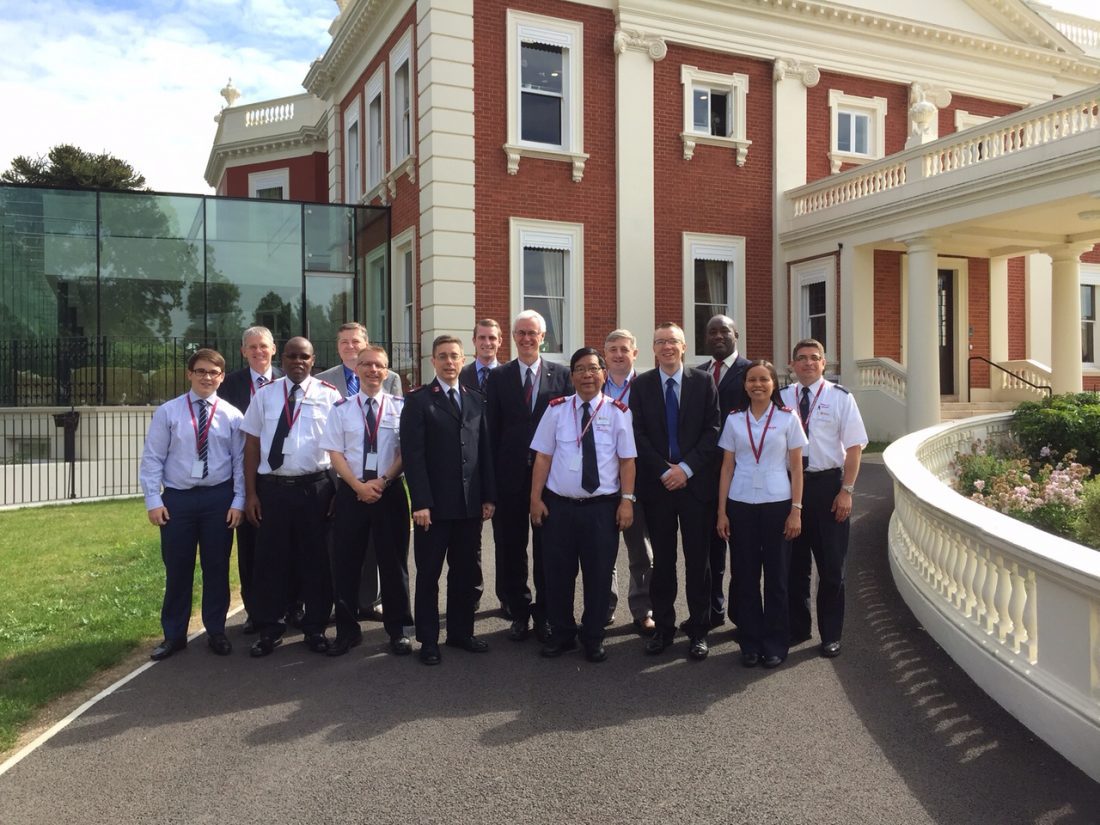 The child, the Bible and protection

In the ongoing effort to “strengthen accountability across the worldwide Salvation Army,” a priority of General André Cox, The Salvation Army is seeking to strengthen the ways in which we hold ourselves accountable for the children in our care.

When I arrived in my current appointment as the youth and children’s officer at International Headquarters in April 2014, one of my main tasks was to strengthen our child protection policy and practice around the world. It is an opportunity for us to more faithfully reflect the values of the Christ who placed a child in the center of the action (Matt. 18:1-14), and an opportunity to be part of a work to see all that God intends for children being lived out in the amazing multiplicity of Salvation Army expressions around the world and the communities to which they belong.

As I’ve been working with others to prepare recommendations for our senior international leaders, it has encouraged me that we were asked to begin in the Bible and offer biblical principles as the foundation for our work, as outlined here.

Affirm all children as sacred human beings at all times

The first chapter of Scripture tells us God created mankind in his own image, in the image of God he created them; male and female he created them (Gen. 1:27). There are no qualifications to that statement—we know that it doesn’t tell us that some people are created more in the image of God than others. It’s a simple statement, but one that presents us with so many challenges as we place it in the context of a reality that seems to add all sorts of qualifications and layers of prejudice regarding the worth and value of people, including the value of children.

“The Salvation Army Handbook of Doctrine” picks up on this theme: “Humanity was created in the image and likeness of God. This gives dignity and worth to every individual whatever their personal, cultural, religious or socio-economic circumstances [and whatever their age—my addition]. The ethos, history and present practice of The Salvation Army affirm this fact. Both individual Salvationists and the whole body of the Army must guard against any teaching, policies or practices which are not in harmony with this belief.”

Obligation to defend the cause of all children

The Book of Isaiah contains many references to and images of children. Some of the references are to named children but many are to “orphans” or “the fatherless.” The message and tone of the 66 chapters is clear from the first: Learn to do right; seek justice. Defend the oppressed. Take up the cause of the fatherless; plead the case of the widow (Is. 1:17).

Isaiah’s concern for orphans or the fatherless was a concern for those in society who were without any kind of male protection, those for whom no one served as advocate. This made orphans vulnerable to all kinds of abuse and exploitation.

The people’s’ failure to defend the cause of the fatherless (Is. 1:23) is one of the reasons for the repeated warnings of divine judgement that Isaiah proclaims. Jacqueline Lapsley in “The Child in the Bible” (Wm B. Eerdmans Publishing Co, 2008) suggests that “the failure is not one of charity, as is commonly perceived in popular thought, but a failure of justice at the systematic level.” Caring for orphans is, as far as the message of Isaiah is concerned, a fundamental justice issue.

Addressing these issues today, Walter Brueggemann in the above work suggests that the principle of defending the cause of the fatherless extends widely to any child without adult advocacy, writing: “we may take ‘orphan’ to be the ‘other’ beyond our own children for whom we have profound obligation, an obligation that depends not simply on good intentions but on well-funded provisions of protection and sustenance.”

Pointing to numerous Old Testament passages, Brueggemann contends that “this obligation toward children other than our own is rooted in the very character of God.”

As children attend Salvation Army activities around the world, we often accept the role of serving in the place of a parent and the obligations that come with that role. For Salvationists, these obligations do not merely represent a duty of care but a profound call to be faithful to all that we believe about the nature and character of God.

The full inclusion, participation and protection of children in their communities

We know that the Gospel accounts include episodes where we see Jesus placing a firm emphasis on the place and value of children. “We see Jesus blessing children, embracing them, rebuking those who turn them away, healing them and lifting them up as models of faith,” writes Marcia Bunge in “Toddling to the Kingdom” (The Child Theology Movement Limited, 2009).

In Mark 9:33-37 Jesus teaches that welcoming a child is synonymous with welcoming him, and in Matthew 18:6 he issues a stark warning to his disciples: “If anyone causes one of these little ones—those who believe in me—to stumble, it would be better for them to have a large millstone hung round their neck and to be drowned in the depths of the sea.” Jesus unmistakably has a view on accountability and, on this occasion, links it to the way in which adults care for children.

Reflecting on Matthew 18 and the implications it has for any follower of Jesus, Keith White concludes in “The Child and the Bible” that “you cannot follow (and that includes welcoming and accepting) Jesus without welcoming children. You cannot reject (and that includes refusing and marginalizing) children without rejecting Jesus.”

The Gospel of Mark includes few references to Jesus being “indignant.” The fact that the Mark 10:13-16 account of people bringing little children to Jesus is one of those few references can only leave us to assume that the cause of such a strong response from Jesus was a reaction to the disciples’ behavior toward the children in their presence: the rebuke the disciples directed at the children provoked a firm rebuke in their own direction from Jesus.

Jesus took the spirituality of children very seriously. The Gospel narratives testify that there was no hint of him viewing their need of or response to him in any kind of lesser way than the need or response of any other person. It is a call for us to do the same and to try to think through the full implications of doing so.

Children as recipients, messengers and ministers of God’s grace

In his contribution to “Toddling to the Kingdom,” White outlines what he calls “an Old Testament Cast of Children,” writing: “some of the most significant acts and revelations of God were through these children. Their faith and actions are critically important in the unfolding and outworking of God’s purposes.” We see children and young people featured prominently in the New Testament as well.

As The Salvation Army continues its work to strengthen child protection policy and practice around the world I pray that this work will help to safeguard children and their role in the continuing unfolding of God’s purposes for the world.

Excerpted from The Officer

The Safeguarding (Child Protection) work stream welcomes dialogue on The Salvation Army’s relationship with and obligations to children. Contact youthandchildren@salvationarmy.org with any comments, insights, articles, questions or concerns you have. 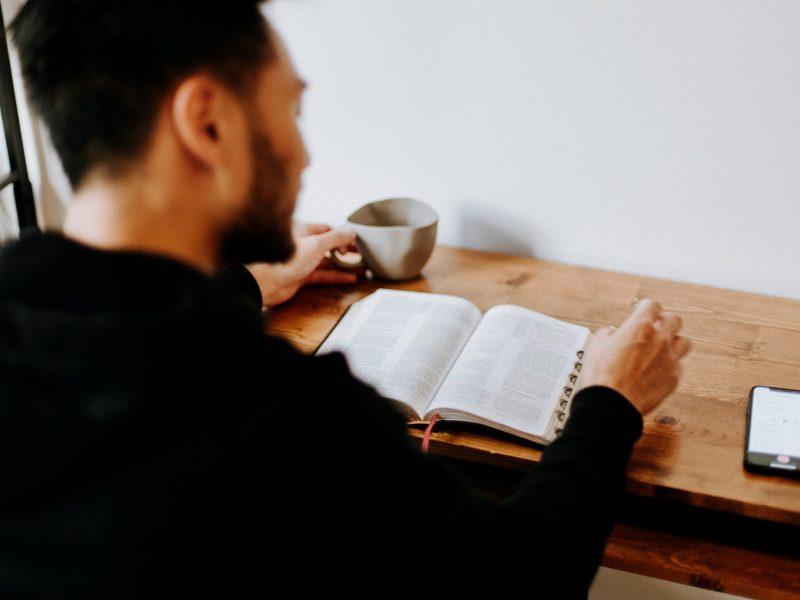 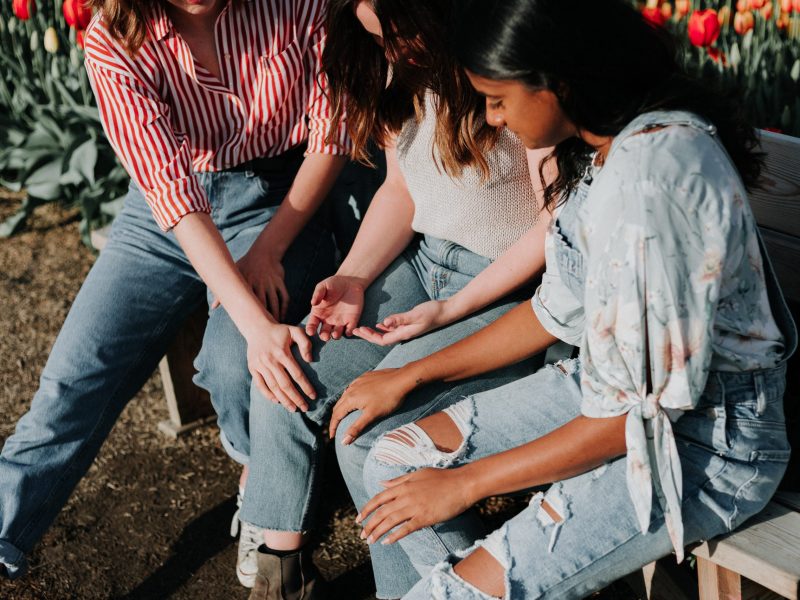