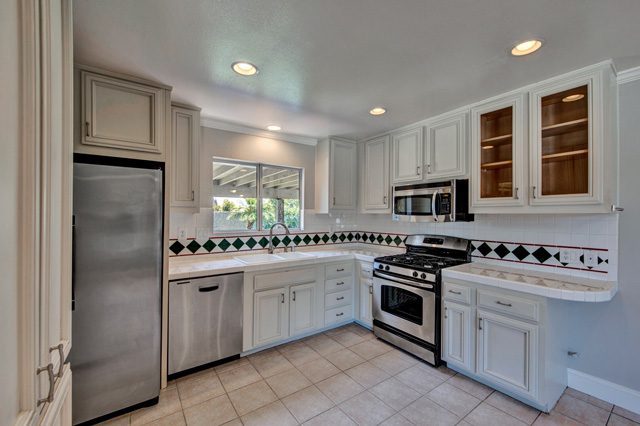 When Thatiana was connected with The Salvation Army in Orange County, California, nearly four years ago, she was a survivor of human trafficking in need of resources. At the time, the Army’s services were geared toward foreign nationals with a different kind of trauma from that which Thatiana was facing.

“I placed her in that safe home and she needed that 24-hour support,” said Stephanie Taylor, Orange County Anti-Trafficking Program Services Coordinator. “In the middle of the night when she woke up and…she couldn’t sleep because stuff would come back to her, I wasn’t there, because that was outside of my scope, and so it was very disheartening.”

The Salvation Army worked with Thatiana for several months, but in the end, she went back home to family. “She just floated around for a bit and she really motivated me because I didn’t have a place to take her,” Taylor said. For two years, Taylor has worked with the Orange County Human Trafficking Task Force to create a safe house for the Thatianas of the world. When she put an offer on a house to use for the space in August 2018, she received a call from Thatiana, whom she hadn’t talked to in over a year.

During the call, Taylor asked if she could name the safe home after Thatiana, who was shocked she’d do such a thing.

“I was like, ‘Thatiana, you’re the reason I’m doing this. I watched you decline because we didn’t have the proper services for you, and it broke my heart,’” Taylor recalled, “‘so if I could prevent it, I would.’”

Thatiana’s Home opened Jan. 27 and is the first 24-hour staffed, 90-day emergency safe home for identified victims of sex trafficking in Orange County.  The safe house can accommodate nine survivors at a time, and takes a trauma-informed, victim-centered and victim-informed approach.

“We are thrilled that Thatiana’s House will not only expand The Salvation Army’s anti-trafficking efforts in Orange County, but really fulfill this huge and necessary gap in its community,” said Priscilla Santos, Territorial Anti-Trafficking Initiatives Coordinator. In 2017, The Salvation Army Western Territory launched Fight for Freedom, a 10-year strategic action plan to combat human trafficking in its 13 states. Included in the plan is the development of more housing opportunities for survivors throughout the territory.

“Thatiana’s Home will be the first emergency shelter for domestic sex trafficking in the Western Territory,” Santos said. “We are so proud of the local leadership in Orange County that has risen up to continue to serve survivors. They are leading the way for the entire territory.”

While Thatiana’s Home has been a dream of Taylor’s for several years, the path to opening the emergency safe house was a community effort. A group of women from Orange County, who call themselves O.C. Safe Homes, approached Taylor wanting to help.

O.C. Safe Homes got together in 2015, after a member’s son came home from college, passionate about fighting human trafficking. At a group brunch, his mom decided to get involved, and one by one her friends did, too.

At first, they wanted to run a safe house, but after some research, they realized there were plenty of people wanting to run safe homes—they just needed facilities, particularly for a 90-day emergency safe home.

A connection suggested The Salvation Army, and the group vetted it and several other charities, before coming back to the Army. The group fundraised and bought the house used for Thatiana’s Home; they rent the facility to the Army for $1.

Walking through the rooms, the group was excited for the change from house to home. Outside of some renovations, Taylor transformed the space through creating a Target registry and opening it up to the community to purchase items. Some groups wanted to donate items for an entire room.

“Every single thing in this house has been donated by the community,” Taylor said. “It’s beautiful.”

While the decorating process has been fun, and more plans are in the works for adding a garden and a therapy dog, the goal is to create a home. At intake, survivors will be greeted by a painting of a woman blowing petals from a lotus flower, painted by artists including a member of O.C. Safe Homes, who remarked on the flower’s significance, saying, “the lotus grows in dirty, stagnant water, but it’s a beautiful thing.”

Lotus petals float across the canvases that wrap partially around the intake room. The petals gradually transition into butterflies, and the butterflies come to the words: “She needed a hero, so she became one.”

At the end of the painting is a giant butterfly, marking the woman’s transformation—her arm tattoo of hope becomes a tattoo of joy. The painter imagines the woman to be Thatiana, though she’s never seen her.

In the intake room, survivors will be asked to surrender any drugs and weapons they might have, and learn about the house guidelines. If they come in during the middle of the night, Taylor said they’ll head to sleep after the safety items are taken care of.

It’s up to each survivor how long they stay—anywhere from a couple of days up to 90 days. But the home’s holistic approach involves case managers connecting women to employment and transitional housing opportunities.

“Once they’re here, it’s about empowering them and loving on them, giving them a safe place to process through their trauma, giving them a safe place to grieve what they’ve experienced, because a lot of them are leaving the most important person to them: their pimp, their boyfriend,” Taylor said. “It’s being there and saying, ‘You know what? I’ve experienced grief before. I’ve experienced losing someone…so I know where you’re at, but let’s think about what your future could be.”