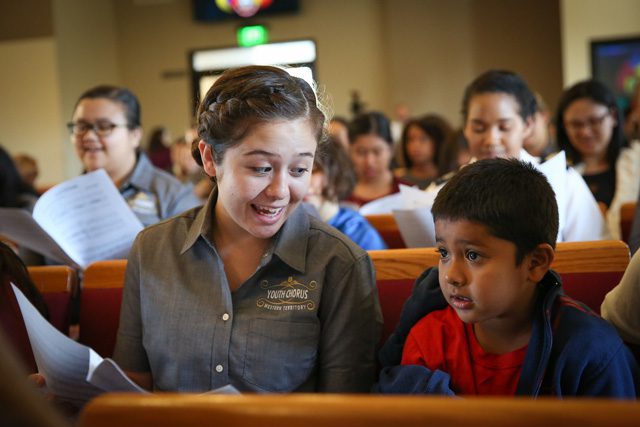 The groups comprise young Salvation Army musicians from throughout the territory, who come together three times a year for a weekend of musical ministry. The concert at the Torrance Corps was the culmination of a Southern California ministry weekend. Earlier that day the groups participated in Sunday meetings at the San Gabriel Corps (TYB) and the South Central L.A. Corps (TYC).

The TYB, led by Bandmaster Neil Smith, kicked off the celebration with “Fill the World with Glory,” a medley of Salvation Army classics by Kevin Larsson.

Smith greeted the congregation and led everyone in singing “I’ll Stand for Christ.”

The TYC, led by Matthew Woods, sang three songs: “Children of the Light,” “Seize the Day” and “You Can’t Stop God from Loving You.”

Special guests, the Santa Ana Temple Corps Praise Band, brought everyone to their feet, singing in both Spanish and English.

After the band played two more songs, “Grace Alone” and “Break of Day,” some of the band workshop participants joined the band onstage.

“We like to spend time with young people,” said Smith, who is Territorial Music and Worship Development Secretary. “And we’ve done that this afternoon helping divisional youth prepare for ‘Encore!’” 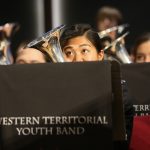 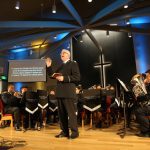 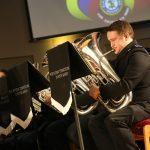 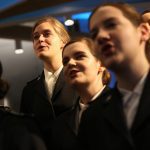 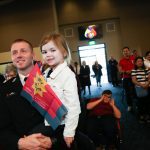 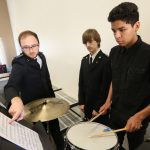 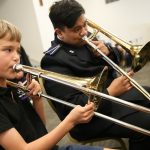 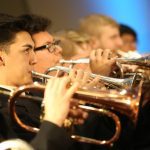 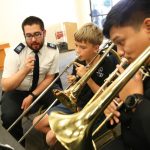 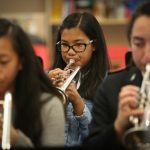 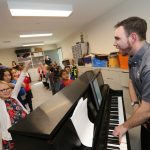 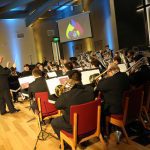 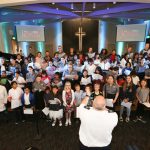 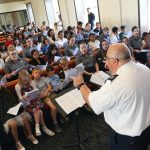 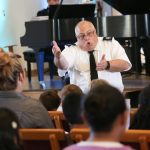 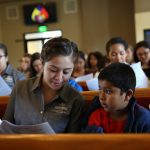 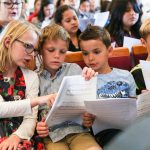 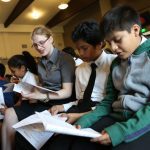 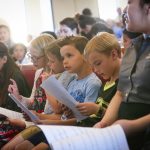 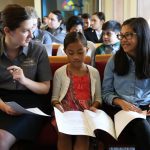 After the junior band members performed, the TYC returned for three more songs: “Hallelujah, We Sing Your Praises,” “Good Night, Dear Heart,” and “The Mind of Christ.”

For his devotional message, Southern California Divisional Commander Lt. Colonel Kyle Smith had a question for the assembly: “Who’s ever wanted to find treasure?” He referred to Matthew 13:44, when Jesus says, “The kingdom of heaven is like treasure hidden in a field.” The incomparable treasure that Jesus offers, Smith said, is a relationship with God, who forgives our sins and removes our shame, bringing us freedom and renewed hope and purpose.

“God expects us to share this treasure,” Smith said. “This relationship—this treasure—is a taste of heaven right now.”

The TYB played “Army of the Brave,” and the TYC then joined them for “When Love Sees You.”

Members of the division’s singing company groups took the stage for the evening’s final song, “I’m a Soldier,” this year’s Encore! test piece.

“This Army will go forward,” Western Territory Chief Secretary Colonel Doug Riley said at the concert’s conclusion, commending the youth on their efforts. “Never underestimate the power of God’s Word through music.” He then gave the closing prayer and led the choral benediction.