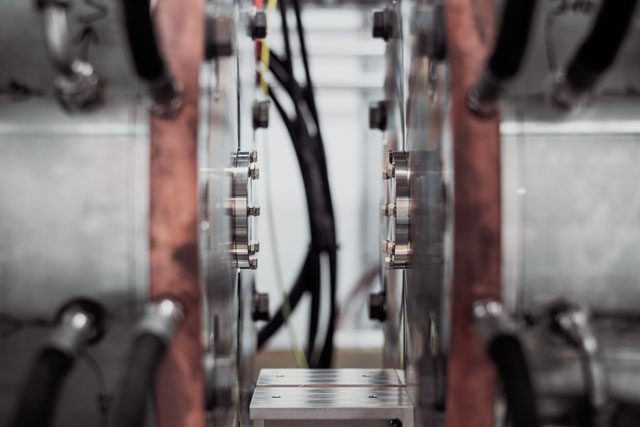 “It’s exciting,” said Major Martin Ross, Sacramento Social Services Secretary, who oversees Del Oro Division enterprise development and created the framework for the plastics manufacturing program as a consultant. “It can help The Salvation Army…be a go-to, to help give people a second chance and help the organization create more synergy, movement, added value and positioning to help transform communities.”

Ross and Techmer PM CEO John Manuck, a former Advisory Board member for the Compton (California) Corps, came up with the idea upon discussing the Del Oro Division’s workforce development efforts and Techmer’s shortage of skilled workers. Manuck said by selecting Techmer employees from Salvation Army programs, the company would have vetted candidates to choose from who are trained in soft skills, dependability and good work ethic.

“It’s a tremendous advantage because it fills positions that we have had difficulty to fill for years. Any company wants a stable workforce of people they can depend on that will be there long-term,” Manuck said. “They have an opportunity for a career—a good paying job with benefits.”

Participants are employed on a temporary basis, but can be hired on permanently if they perform well. Manuck said that within a few months and upon achieving permanent employment status, the participants can then advance to other positions within the company.

Lt. Taneya Garrett, Long Beach ARC Trainee-In-Charge, stressed although she makes the recommendations, the candidates must do the work of going through the interview process and passing all the necessary tests to begin employment.

“What I’ve seen so far is that it’s keeping Robert and John coming back,” she said. “Robert comes back to worship on Sunday. John is still in the ARC, so other men are seeing…that if you do what you’re supposed to do, there is some hope for something better.”

Robert, a Long Beach ARC graduate, decided to participate in November 2018 as he was figuring out what to do after completing the rehabilitation program. He is now learning the basics of the plastics manufacturing trade, such as following recipes and mixing batches.

“I couldn’t hold a steady job before this,” Robert said. “I wasn’t responsible or accountable. For me, the drugs were more important. I was also a gambler so I couldn’t keep a dollar in my pocket to save my life. Now, it’s good. I go to work, I come home and I have some money saved up. It’s taught me discipline so it’s very positive. I want to make a career out of it.”

John, a Long Beach ARC beneficiary, started working at Techmer in December 2018. He found out about the training program through an ARC chapel service and decided to give it a try as he started phase three of his rehabilitation.

“I’m trying to learn as fast as I can in a timely manner, and trying to be consistent and pay attention without mistakes,” John said. “This is a place where I could probably settle in and make something of it…You don’t run into opportunities like this every day so…it’s a dream come true…I’m never turning back to my old ways.”

Due to the program’s early success, officials expect to start selecting candidates from The Salvation Army Bell Shelter in addition to the Long Beach ARC. They’re also planning to add approximately 12 Salvation Army program participants in the Techmer Los Angeles plant, and reach out to other plastics manufacturing companies in California to open more partnership avenues statewide. Additionally, the plan includes growing the partnership to include The Salvation Army in Kansas, Illinois, Tennessee, Georgia and Delaware, where other Techmer plants are located.

“This really helps give our clients a leg up or an opportunity to get employed with a great partner who will provide great employment and benefits and the assistance they would need to stay gainfully employed long term,” said Lt. Colonel John Chamness, California South Divisional Commander. “I hope these two gentlemen become the stepping stone for many more.”

*Name changed for this story.