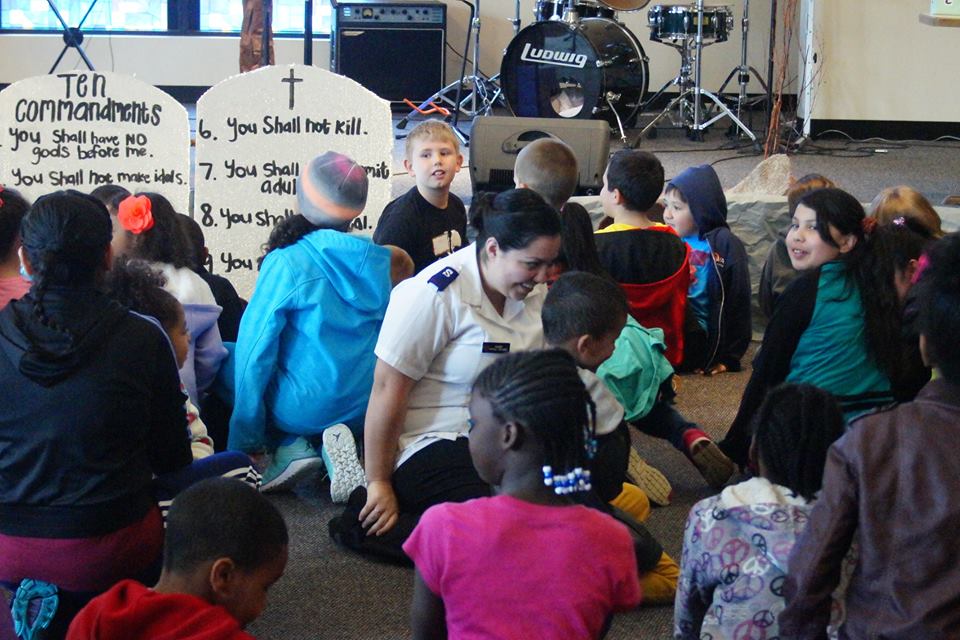 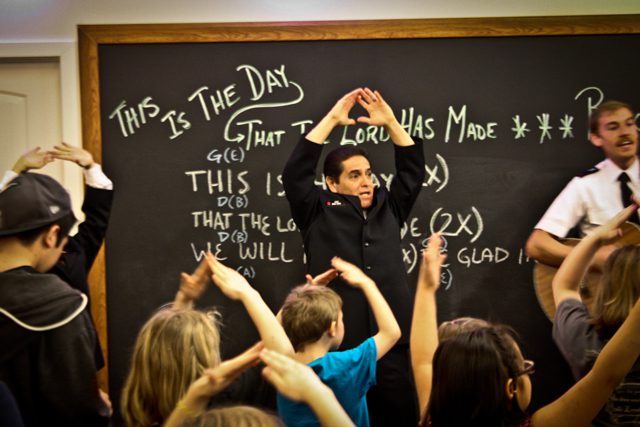 As church attendance among youth continues to drop, The Salvation Army is rolling out two brand new curricula aimed at revitalizing participation among the next generation.

That’s because the organization is up against the same issues of culture and changing faith that are affecting every church in North America, said National Youth Secretary Captain Keith Maynor.

“The world is changing, and we have to figure out the best way to be servants and ministers for whatever that future’s going to be,” Maynor said. “That starts with re-envisioning how we connect with our youth.”

In order to address these challenges, The Salvation Army is preparing for a two-pronged overhaul of its programs: a revamped Sunday school curriculum and new programming designed specifically for young Salvationists.

Ben Nunes is part of the team at the reThink Group who helped develop the Orange Curriculum for The Salvation Army. Nunes and his colleagues have revitalized Sunday school programs for churches across the world and of all types of denominations.

While the specifics might vary from church to church, Nunes said all of their clients are looking for creative solutions to reinvigorate youth participation. 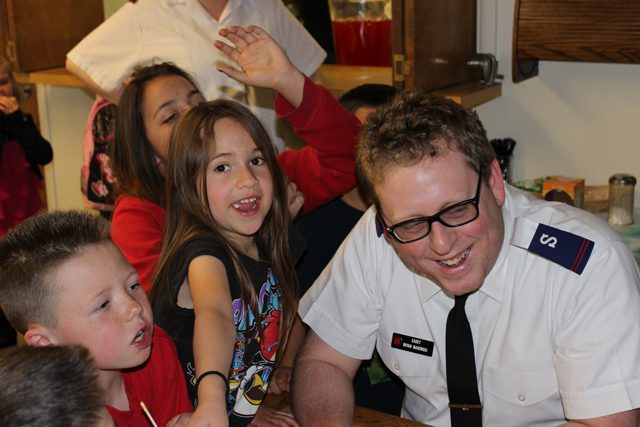 The Salvation Army, like many others, statistically is not faring well in this arena, Maynor said. Every decade since 1970, the Army has experienced a 13 percent attrition rate. Maynor said this “very steady decline” has led to, on average, 25 people attending Sunday school in corps across the country.

“Our concern was, if we didn’t change our strategy for doing this program, in the next 30 years, we might not have a Sunday school,” Maynor said. “It should create in us a sense of urgency. It should motivate us to start prioritizing kids and our youth.”

“That really is our future. If we lose a generation we could be losing the future of The Salvation Army.”

One main goal of working with the reThink Group is to strengthen the church’s relationships in the community. While some Sunday schools can dig deep into specific theological principles, Nunes said Orange is designed to reinforce the basics: love thy neighbor like you love thyself and love God with all your heart, mind and soul.

“If you start talking beyond that, it might be good for the adults, but if you’re talking to an 8-year-old or a 6-year-old, that’s going to start going over their head,” Nunes said. “And if they don’t connect with it they might not want to come back.”

By breaking it down to those basic values, it makes it easier to open up with other families and individuals outside of The Salvation Army who might be looking to jumpstart their faith and the education of their children.

“Sunday school is traditionally a program mainly for outreach and for meeting new people in the community,” Maynor said. “By and large, it has not done that for us in the past 13 to 15 years. With the new curriculum, it’s going to be more outward looking, to try to engage new folks and new children and families in the community.”

The program also engages parents, providing them with sample questions they can use to interact with their kids and build on these ideas at home.

The second new curriculum to be released next year is the Junior Soldier Training. This discipleship program will introduce children to the distinct theology and mission of The Salvation Army. The video-based approach will show kids, ages 6-12, examples of Junior Soldiers interacting in their corps and communities. The kids will then be asked to critically reflect and discuss what they they’ve seen. 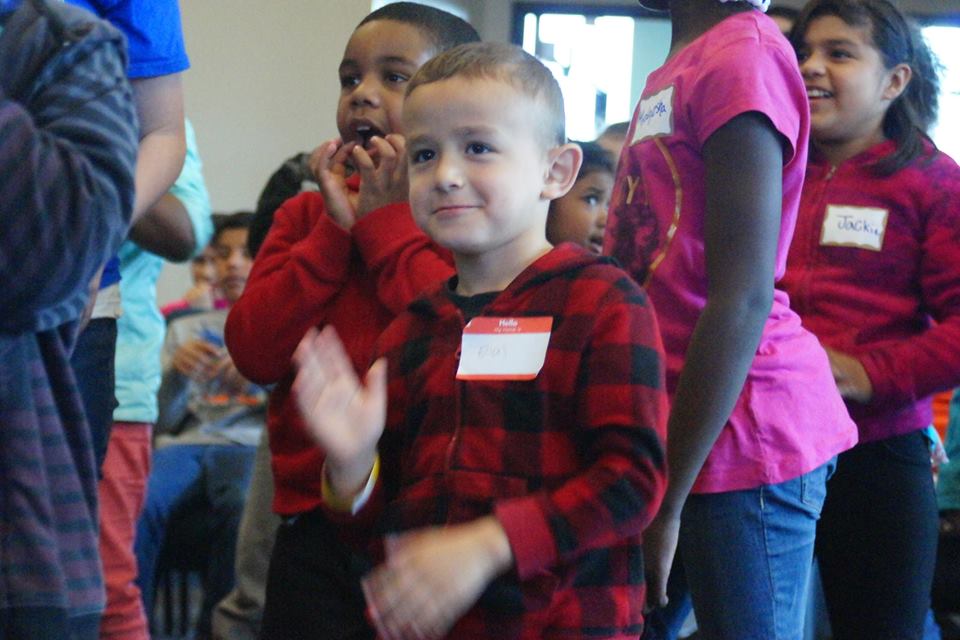 While Sunday school is focused on strengthening ties with the community and connecting with youth outside of the church, Junior Soldiers is designed for kids that have committed parents who are already Salvation Army members.

“It’s a way of training them and educating them about good things in the Army, and giving them a very good foundation for growing up,” Maynor said. “One day they’ll be parents and active soldiers and officers, so this is really the groundwork of raising active soldiers and disciples.”

The two programs are expected to be fully implemented by June 2017.

Both the Orange curriculum and Junior Soldiers rely on videos and cartoons to engage with kids in a way outside of the typical workbook approach—an outdated style, Maynor said, that essentially replicated an academic model.

“Those days are over,” Maynor said. “It should be a lot more interactive. The new curriculum has a different sense of pedagogy with these kids and how they’re learning.”

Training for these new curricula will start on the divisional level in 2017, with 60 corps selected as “lighthouse corps” to implement the new programs first and then serve as peer trainers for other area corps.

“They’ll give feedback and be a sounding board to the company so they know what’s going to work in the Army context, what should we leverage, what are things we can do without,” Maynor said. “They’re going to tailor-make this product for our needs, our ministry and our audience.”

Ultimately, every corps will receive training on how to implement the new curricula, including the technical logistics of operating it within their buildings. They will also go through leadership development and in-depth discussions on implementing the Orange ministry in their corps. 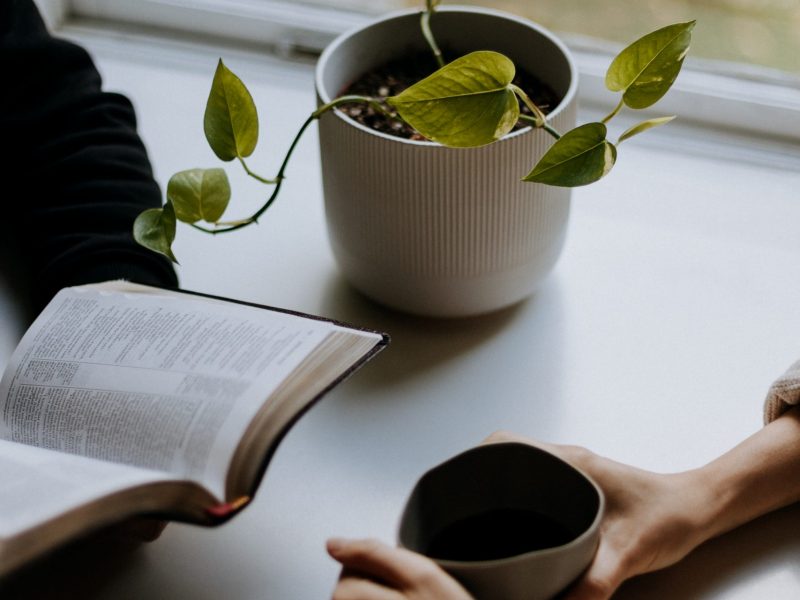 How to renew your understanding of prayer 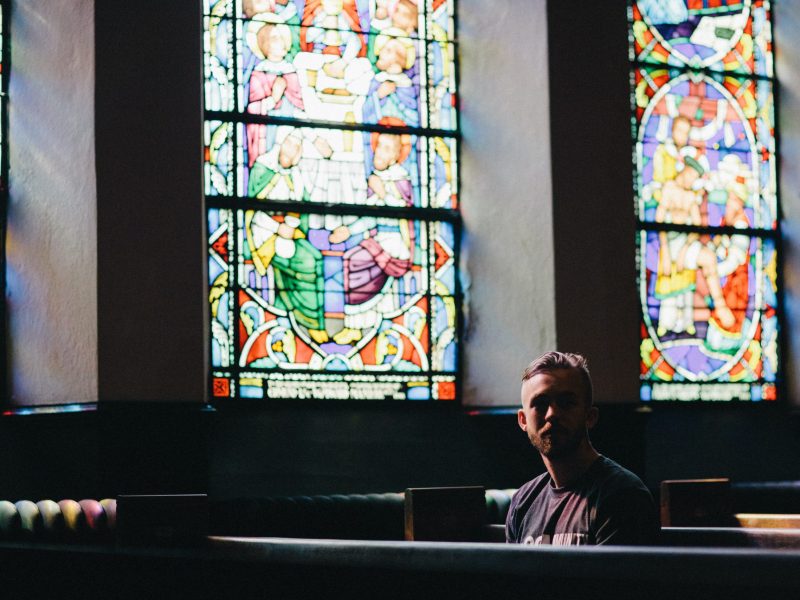 Building momentum for a movement in the North American church