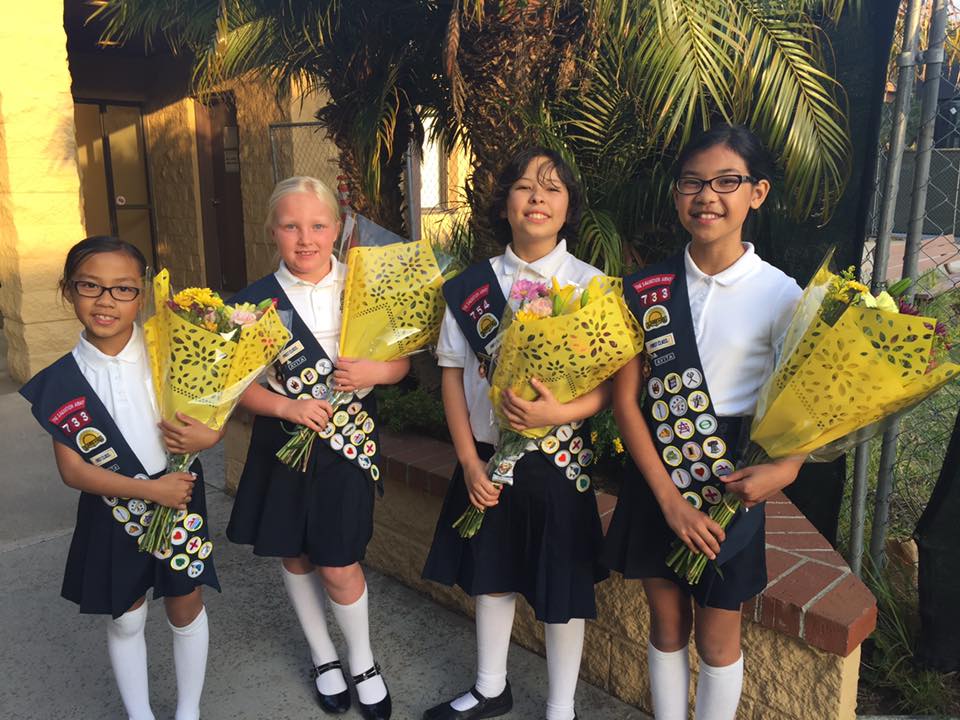 Multiple generations will come together this summer to honor girls, past and present, who achieved the prestigious Commissioner’s Sunbeam Award as the youth program nears its 100th birthday.

Sunbeams—a Salvation Army program for girls in elementary school—was founded in 1921 as an offshoot of Girl Guards, which focuses on girls in middle and high school. Members do not have to be part of a local corps to join a troop.

The first-ever Sunbeam Gala will be held June 8 at the Sheraton Cerritos Hotel in Cerritos, California, to honor those girls in the Western Territory who received the Commissioner’s Sunbeam High Award. These recipients have earned 10 emblems and passed a rigorous application and interview process.

“Honestly, we’re just looking forward to that time of camaraderie and sisterhood and seeing Sunbeams from so many generations come together in one room,” said Krystina Macias, the Western Territory’s Christian Education Director for Outreach. “To gather them together and hear them tell their stories of their own Sunbeam experience will be a special thing.”

Like the Girl Scouts, Sunbeams brings girls of similar ages together in local troops and teaches them life skills as they pursue emblems they can attach to their Sunbeam sash. These emblems cover a variety of skills such as swimming, cooking, patriotism and drug awareness.

“This program takes little girls and molds them into young women,” said Prescott, Arizona, troop leader Shoana Heineman. “It helps them to develop a love for God, a love for their country and a love for each other in ways that I don’t think they would get out of just going to school or playing soccer.”

While girls can earn up to two emblems a month, they can also choose to pursue high awards that involve a rigorous application and interview process. Kalispell Sunbeams work on their “World Knowledge” badge, learning about different countries, what they are famous for and the foods that are popular. | Photo by Carla Brandt

Nearly 3,500 girls in the Western Territory have earned this distinguished award since its inception, Macias said.

The idea for the gala came together sometime last year when a post on Facebook asked former Commissioner Sunbeams if they would like a picture of their name in the record books that date back to the 1940s. What was intended as a simple post created a lot of excitement and reminiscence, Macias said. Suddenly, women started sharing memories and reliving their Sunbeam days.

“Everyone was so excited about it, and we thought it would be interesting to make an event where people could reconnect,” Macias said.

In addition to dinner and speakers, the gala will also include special badge work that each table can engage in together to support women and young girls in different countries, Macias said.

The goal is to design the seating arrangements so each table has a mix of ages in order to foster discussion and provide role models for the younger girls.

As of now, the oldest Sunbeam Macias and her team have found is in her 90s. And girls as young as 8 years old can attend with their parents or guardian.

“They can basically see, ‘Wow, these women once went through the same process I did as a young girl,’” Macias said. “We’re hoping we can find some of those more seasoned Sunbeams and invite them to our event.”

Whether they are able to attend the gala or not, earning the esteemed award helps girls build self confidence and see the value of achievement, said Carla Brandt, who started leading Sunbeam troops in Montana in the 1970s.

“It shows them you can get through this, you can do this, and you are important,” Brandt said. “To watch their faces as they receive that award and to see the smiles as they realize what they’ve accomplished is just amazing.”