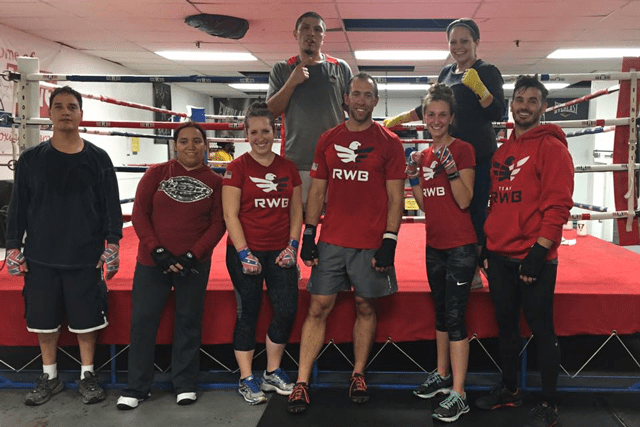 Amid “chaos in the community,” The Salvation Army welcomes all.

Kids literally fall down with excitement as retired NBA All Star Michael Ray Richardson shares his final words with campers at the end of his Ballstars Youth Camp at the Denver Red Shield.

More than just a community center, The Salvation Army Denver Red Shield has long been the center of its community.

“We’re trying to uphold that standard of being a place that’s comfortable and safe, where anyone can come and someone here will know their name and a bit about them,” said Lt. Kelsey Pearce, who runs the Denver Red Shield with his wife, Lt. Jessica Pearce.

Northeast of Denver’s center, in the Five Points neighborhood, the Red Shield has been a touchstone for the community for more than 70 years, though Pearce himself isn’t entirely sure just how long. A moth-eaten banner in the entrance of the Shield gives some clue: “Denver Red Shield Football Champions 1944.”

“That’s how I know it’s at least that old,” said Pearce, who started at the Red Shield on July 1, 2015; it is the first appointment for the couple following their commissioning from the College for Officer Training at Crestmont.

Their goal from the start was to use “every program space available from morning until night,” he said. “And we want to ensure that the word of God is heard, that there’s an opportunity for all these people in the building to hear the word of God and maybe even become members of our church.”

A tried and true outreach of the Red Shield is its well-known boxing program. Dubbed the Cox/Lyle Boxing Center, it’s named after Ron Lyle, a former heavyweight contender who fought against Muhammad Ali and who nearly beat George Foreman. Lyle was a huge part of the program up until his death in 2011.

“He was bringing kids in off the street and they were boxing instead of shooting at each other,” Pearce said. “We have board members now who say if it wasn’t for the boxing program, they wouldn’t have ever been in a position to succeed or give back to the community, but that it saved them.”

Six or seven professional fighters train at the gym and there are also structured programs, including a youth amateur boxing team that travels around the country for fights; a veteran boxing program that’s at capacity; and even Parkinson’s Boxing offered two mornings a week for people who suffer from the neurological disease.

When the Pearces first arrived, they approached community members and asked what additional programming people would like to see offered at the Red Shield. Basketball was at the top of that list. There are now eight basketball teams, recreational as well as competitive teams that travel out of state for bigger tournaments, Pearce said.

In addition, there are two cheerleading teams, a dance program, a kid’s choir, college prep courses, art classes and an after-school program that is having a big effect.

A seven-week summer day camp administered to roughly 400 kids, if you include “duplicates,” Pearce said. There’s also senior and veteran programming, including bocce, shuffleboard and the aforementioned boxing.

“Our goal is to try to have something for everyone,” Pearce said. “We do end up focusing more on kids because, historically, there was a genuine need for giving them a safe place in the midst of a lot of chaos in the community.”

‘I came to Christ at The Salvation Army’

Over the years the Red Shield has been a safe place for scores of people, like Denver Mayor Michael Hancock who was interviewed for a promotional video for The Salvation Army.

Likewise, retired NBA All Star Michael Ray Richardson isn’t shy about acknowledging the importance the Red Shield played in his early life growing up a few blocks from the center.

“I grew up at the Red Shield,” said Richardson, who played in the NBA for eight years, most notably for the New York Knicks and the New Jersey Nets and then in Europe until retiring in his 40s. Richardson remembers playing basketball and billiards at the Red Shield every day when school let out.

After Richardson was drafted into the NBA in 1978, he bought fiberglass backboards to replace the aging wood ones. They’re still in the gym today.

“I really owe them everything,” he said. “They gave me an opportunity to chase my dream and it kept me off the streets. [The Red Shield] gives opportunities; it shows them the right way and puts them on the right path. It’s unbelievable what it has done for our community.”

Richardson and Otis Birdsong, another former NBA All Star, run Ballstars Youth Camps, putting on basketball camps for underserved kids around the country. This past summer, Richardson brought the camp to the Red Shield; around 150 kids participated in the free camp, Pearce said. “It was my favorite week at the Red Shield so far,” he said.

Next summer, Richardson hopes to return and lead separate weeklong camps for boys and girls.

Richardson calls what the Red Shield has done for the community, both past and present, “unbelievable,” and likens Pearce to the people who ran it during his childhood.

“He reminds me of the old guys who used to run it when I was there; they have so much involvement in the community,” Richardson said. 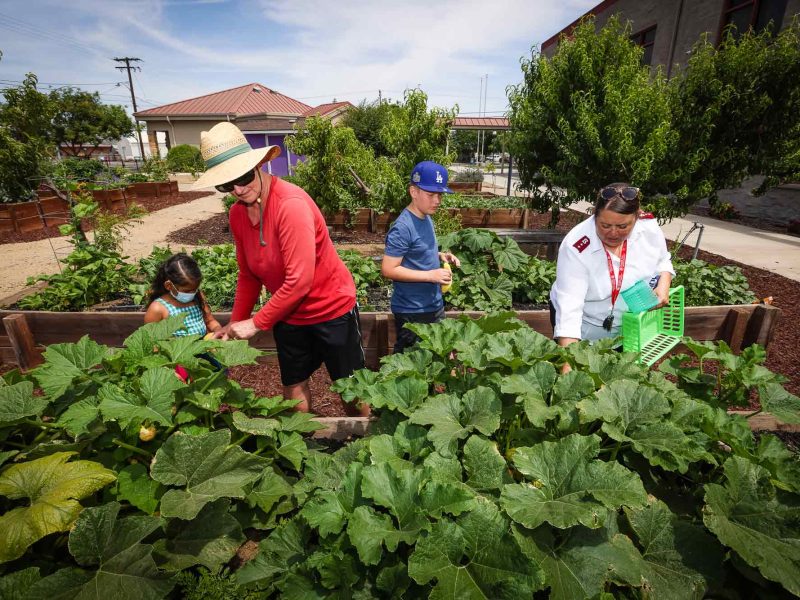