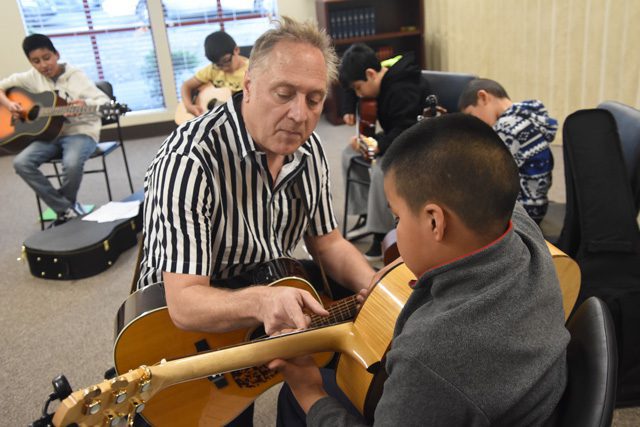 “We saw a need within the community—a gap that could be filled by such a program,” Carmichael said.

While the corps is located in the affluent city of San Rafael—and Marin County’s median annual income is over $100,000, according to the U.S. Census Bureau—Carmichael said many of the families the corps serves make less than $50,000 a year, which is considered low-income for the Bay Area. And he noted that the neighborhoods these households live in lack affordable youth programming, particularly in the arts. “The neighborhoods that they live in…are certainly not bad neighborhoods—there’s just nothing for them to do,” he said.

With that in mind, Carmichael started the program to reach out to these communities in the county with underperforming schools, underfunded school districts and limited music and art programs.

“[We want] to provide a service that enriches their life and opens them to opportunities they may have not thought possible for themselves,” he said.

The Music and Arts Institute currently consists of two 12-week terms—one in the fall, and another in the spring. Students practice the instrument of their choice for an hour a week, followed by half an hour of dinner and devotionals, and an hour of choir practice. Students in dance spend the first instruction hour on ballet and jazz dance, and the second hour after dinner on hip-hop dance. The program takes up every room in the corps to offer 12 classes—six intermediate level and six advanced. Each term concludes with a Music and Arts Service Sunday incorporated as a recital in the corps’ Sunday morning worship service.

“These children can get so much benefit from this. We know what it can mean to them—the joy of music— and what it can bring to them,” said Ken Brungess, the program’s curriculum coordinator. “This is something that can help them and they can enjoy for the rest of their lives.”

It costs $150 per term, however, scholarships are available based on family income to cover up to $125 of the total tuition cost. The initial year of scholarships was funded by the William H. Donner Foundation.

Program instructors are only paid a small stipend, but Carmichael said, “They themselves have shared they’ve never gotten to teach a class and share in the way that they do with such joy in the students who truly want to learn.”

Since its inception, the institute has grown from 34 students its first term to 46 its following spring 2019 term.

“The kids look forward to it. They’re so proud of the progress they’re making,” Brungess said. “We’ve got some amazing talent. It’s pretty incredible.” “I like how you get to learn something new every week,” said Alan, 10, who plays guitar. “I have improved a lot.”

Camilla, 8, said she went in only knowing how to hold the violin without the bow. Now, she knows how to hold the bow, read music and play without looking down at her instrument.

“I never really knew it was going to be that fun,” she said. “I want to learn how to play every song on violin.”

Their twin brothers, Ian and Matteo, 7, are also in the program and expressed how happy they were to learn to play “Happy Birthday” on guitar.

“I like to learn new chords and stuff,” Matteo said. Their mother, Aracelia Mendoza, said it makes her happy to see her kids growing through the program.

“I see that this is good for them. It’s something they like and are excited for. They have more confidence,” Mendoza said. “It’s incredible to me that my kids can have this opportunity to learn music.”

Next year, Carmichael hopes to add winter and summer terms, with winter focusing on theater. He also hopes to introduce visual and additional performing arts in the program in the future.

“I hope that it would reach a point in which it’s a program known for excellence and that it’s a program that serves as a feeder into ministry,” Carmichael said. “When we can take a 7-year-old or 8-year-old that is in a living situation that disadvantages them to their very wealthy classmates and give them an equal footing through art, it helps them in their future and also gives us an opportunity to share Jesus in a creative and practical way.” 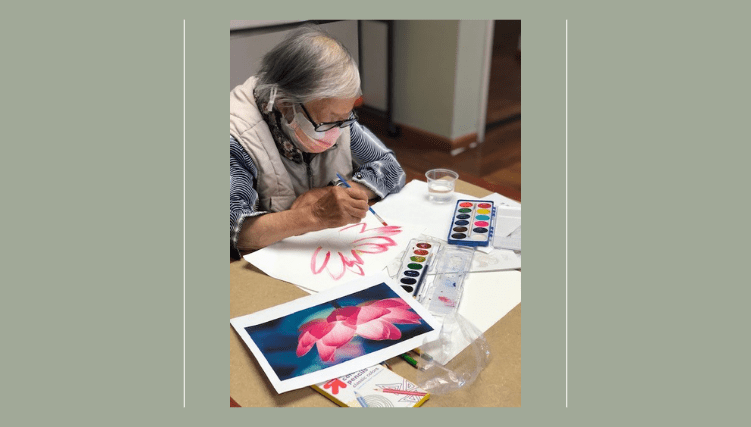