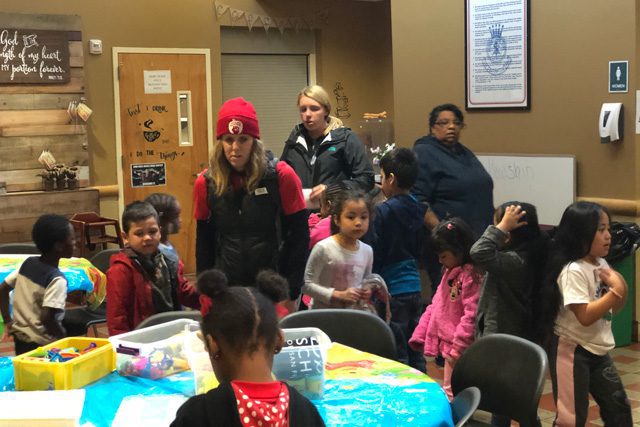 The standstill has entered into its second week.

Since the calendar turned to 2019, we’ve seen educators in Los Angeles, Denver and West Virginia all grab picket signs, extending a string of labor actions that started over a year ago.

As the Oakland teachers strike enters into its second week, educators continue to march outside individual schools as well as the state building—where negotiations are taking place—urging the district to scrap plans to close up to 24 of Oakland’s 86 schools and reopen them as charters.

Yet the impact of the standstill has found its way into the homes of many of the 37,000 students in the Oakland Unified School District, as some families struggle to pay for child care or find other arrangements for their kids during the work stoppage.

Since Feb. 21, The Salvation Army has opened up its after-school classrooms for the students affected by the strike. The Oakland Garden Street Corps is serving as a “solidarity school” site, giving parents an option to transport their children to a safe space during the strike.

The effort, which includes all-day activities, a meal and snacks for the kindergarten to fifth-grade students who attend, has grown from eight kids last Thursday to over 70 this week.

“This is an outreach effort as a means to support our community and give parents this opportunity if they’re unable to afford child care during this time,” said Captain Purnell Hall, Salvation Army Garden Street Corps Officer.

More than a dozen volunteers have stepped up to host the solidarity school, including several teachers and parents.