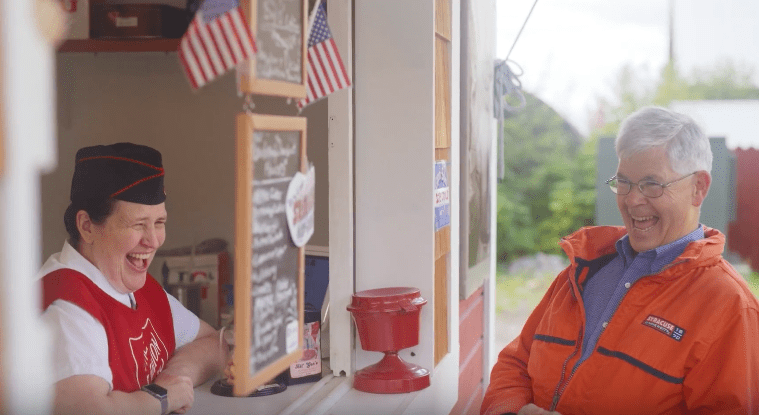 The small Alaskan community has embraced the venture, which raised $53,000 last year.

Before when cruise ships docked at Icy Strait Point (ISP) in Hoonah, Alaska, travelers would simply get off to explore the small community of about 700. Now, cruise ship staffers send tourists on a mission: “Make sure you check out the doughnut hut for the best doughnuts you’ll ever have.”

The doughnut stand they’re referring to is Lil’ Gen’s, a Salvation Army-run social enterprise, thought up by Hoonah Corps Officers Majors Kevin and Tina Bottjen as a way to raise funds to meet needs in the small community of Hoonah. In the past year, many of the operations of Lil’ Gen’s have stayed the same, but Kevin Bottjen has noticed a change in the doughnut store’s reputation.

“They come looking for us and before they just happened upon us, so that was a nice change,” Bottjen said. “Some of them actually work on the ship and when they get time off, they make sure they come visit us too, which is, considering how much food they serve on the ship, a nice compliment.”

Lil’ Gen’s popped up on the ISP docks in May 2016. It operates concurrently with the cruise ship season, which runs about May through September. During that time, the small staff—usually the Bottjens and a few volunteers—sells about 1,200 mini-doughnuts a day by the dozen, which run about $6–$7, depending on the variety.

Prior to Lil Gen’s, and the original General’s Doughnuts (opened in November 2015), Bottjen admittedly knew more about eating doughnuts than making them. After finding the original Salvation Army doughnut recipe and giving it a go for a National Doughnut Day celebration in Fairbanks, he started experimenting with flavors, crafting 12 original flavors for the launch. Cadet Stephanie Simmons gets a batch of doughnuts cooking inside the Lil’ Gen’s hut during her summer assignment in Hoonah, Alaska.

This year, Bottjen kept experimenting, adding the ever-popular pumpkin spice to the mix. Even locals with a hankering have been known to make the journey to the dock just for a doughnut fix.

The response has been sweet, to say the least. The venture raised roughly $53,000 last year, a sum that expanded the ministries of the Hoonah Corps.

Prior to doughnut sales, kids from the Hoonah Corps hadn’t attended camp in years. The Salvation Army’s King’s Lake Camp in South Central Alaska is about 600 miles from Hoonah, so it can cost up to $1,000 for a child to attend. This year, seven kids got to go to camp for two weeks, the most in years.

The funds also allowed the corps to purchase a bus last winter that revolutionized their ministry. For their Christmas vacation Bible school (summer is doughnut season, after all), the corps was able to pick up kids using the bus. Bottjen estimates a total of 40 kids were in attendance. Due to the “great response,” they plan to repeat the Christmas VBS this year.

The bus has provided in other ways, too. Outside of VBS, Bottjen estimates they pick up between five and 10 kids for Sunday events.

“In the end, it’s all because of the doughnut shop,” Bottjen said.

Lil’ Gen’s has given the Hoonah Corps a visible platform beyond their original ministry. Bottjen says he’s constantly asked, “Why is the Salvation Army selling doughnuts on a cruise ship dock?” He also frequently clears up common misunderstandings, such as people mistaking The Salvation Army as just a thrift store or kettles. 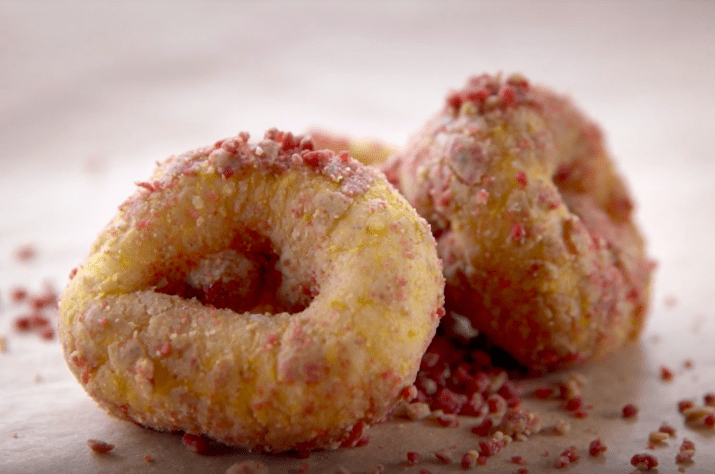 When last year’s doughnut girl edition of the War Cry came out, Bottjen knew just what to do. He rounded up the special edition and distributed them to customers at Lil’ Gen’s. They quickly ran out of their allotment of War Crys, so Bottjen emailed all of the officers in the Western Territory to ask for their extra copies.

“We had a great response,” Bottjen said. “We got hundreds of War Crys given to us, so all throughout the summer we were able to hand out the doughnut girl edition of the War Cry to hundreds of tourists. We got the gospel in their hands through the War Cry.”

While other corps may be able to meet needs through the donations collected during Red Kettle season, only about 600 people reside in Hoonah during the winter. Even with the best kettle efforts, the Hoonah Corps brings in about $500 from kettle season, Bottjen said.

Instead, Bottjen thinks of Lil’ Gen’s as Hoonah’s own kettle of sorts, urging others to think outside the box to meet the needs in their communities.

“You think about the kettle as being creative when they started doing it originally, and it was [because] the guy needed to find a way to raise funds to help people and the kettle worked for him. That’s pretty much what we did here,” Bottjen said. “The results can be pretty, pretty powerful if [you] are creative and stretch out and try new things.”