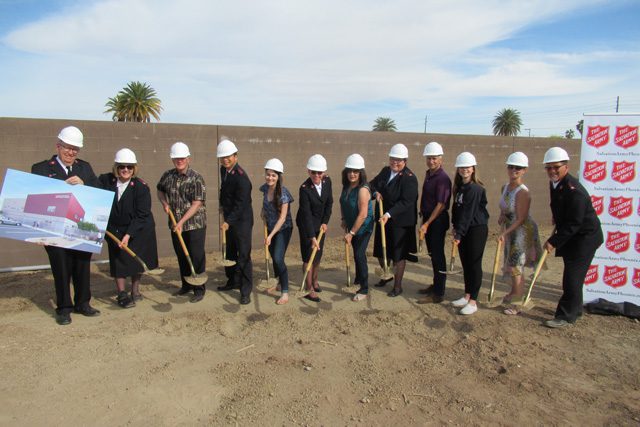 Michaels’ daughter Barbara Anderson and son Chuck Michaels were on hand with their families to put ceremonial shovels into the ground with Salvation Army officers. The two-story activity center is targeted for completion in November.

“I only wish my father was here to see this come to be and see all of people it will help,” Chuck Michaels said.

Before his passing in 2015, Mike Michaels—who worked as a financial advisor in the Valley for more than two decades—donated often to The Salvation Army, and he told his children of his intentions to leave the bulk of his estate to charity. The daughter and son have honored their father’s wishes by supporting such programs as The Salvation Army’s Adult Rehabilitation Centers and Kroc Center scholarships. 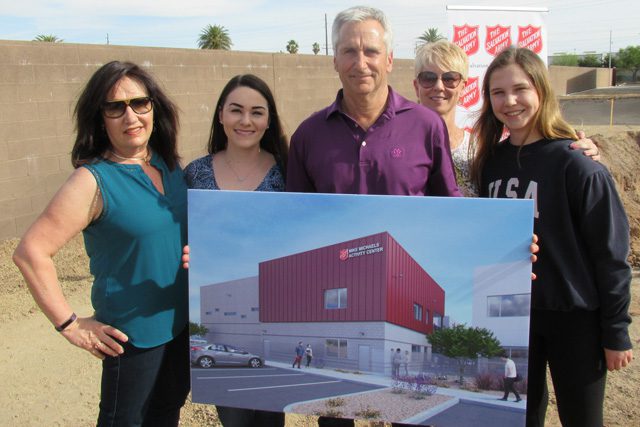 The Mike Michaels Activity Center will continue that legacy with a model of “Recreate to Re-create,” designed to restore normalcy to families by providing opportunities for them to learn and heal through play, as well as address families’ short and long term housing and economic self-sufficiency goals.

“In recent years, a growing number of noted mental health professionals have observed that play is as important to human happiness and well-being as love and work,” said Major Barbara Sloan, Executive Director of The Salvation Army Phoenix Family Services. “Research supports the effectiveness of recreation therapy, especially with children experiencing a wide variety of social, emotional, behavioral and learning problems.”

The activity center is being built on the grounds of The Salvation Army’s Kaiser Emergency Family Shelter in Phoenix, a 23-room facility with a capacity of 118 beds and 15 cribs for its residents. Over 500 people were provided shelter at the facility this past fiscal year.