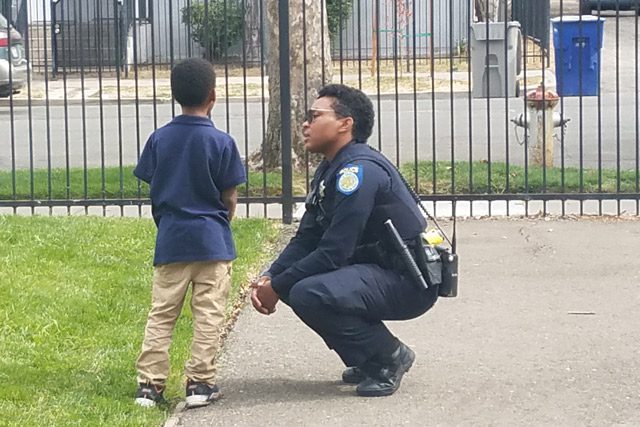 A group of officers from the Sacramento Police Department arrive on the scene in the Oak Park neighborhood. They’re not there to make arrests or enforce a noise complaint.

Instead, they’re visiting with kids in an after-school program at The Salvation Army’s Alhambra Campus. The officers show up in uniform twice a month to hang out, play games and talk through important topics.

It’s all part of a new wave of policing happening in California’s capital. 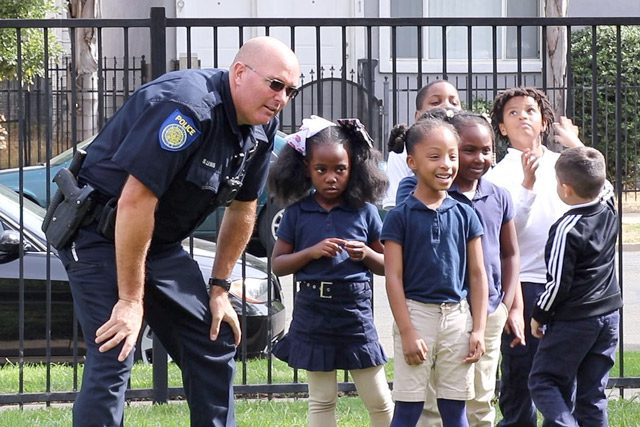 “[The kids] are always shocked to know that we’re normal people and not just here to arrest somebody,” said Officer Debrielle Browder. “It’s not all about just getting guns and drugs and gangsters off the streets—it’s about bettering our reputation and our relationships with people and being able to stop [and prevent] crime that way.”

With mounting tension between police departments and communities across the country after police-involved shootings in recent years, more and more officers are making strides to reach out to their communities, starting with some of their youngest members.

“We’ve had some pretty significant events over the last couple of years that have brought a lot of distrust in the community,” said Officer Steve Lewis. “So our position is to help rebuild that trust.” 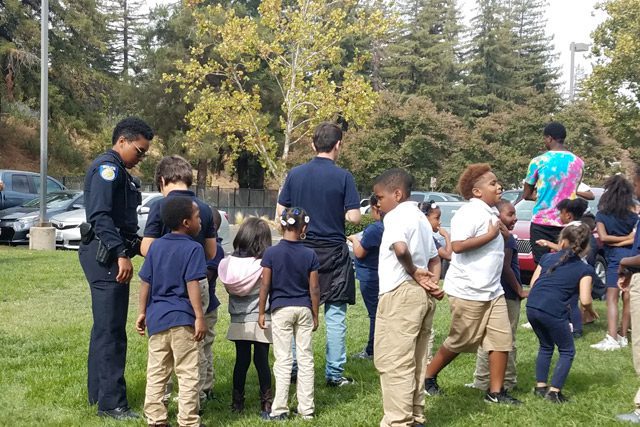 Of course, with some kids that trust just takes longer to establish. And that’s something the officers are sure to keep in mind.

“The best part is seeing the kids that are apprehensive initially and then second, third, fourth visits, they’re running up giving hugs, excited to see us,” Browder said.

Yet, it’s not just about having fun. The officers make it a point to dig into the tougher issues—bullying, drugs, gangs and even gun violence. 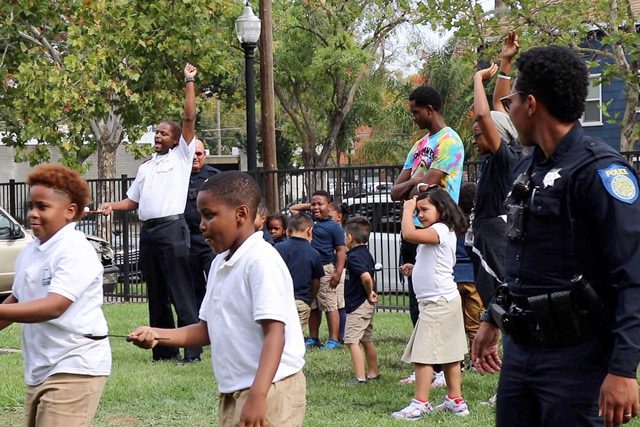 “A lot of times what these young kids know is what people tell them and what they see in the media, be it in on the news or on their phones,” Browder said. “So this kind of gives us an opportunity to dispel those rumors, especially in this area.”

“We’re very candid with them. We tell them what’s going on and what we expect out of them, and then they’re allowed to ask us anything they want,” Lewis said. “We’ve had some hard questions, and we’ve answered them.” 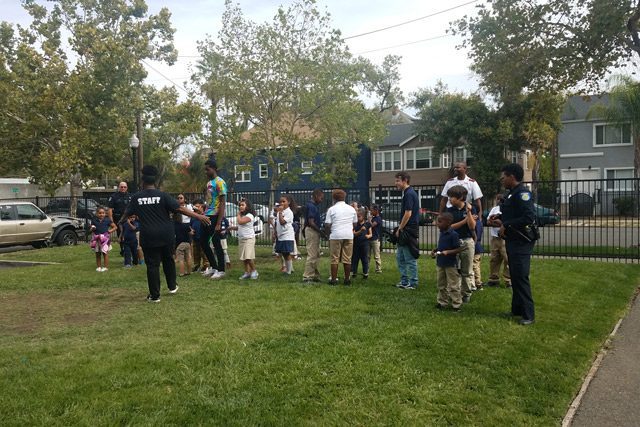 According to Sacramento Citadel Corps Officer Captain Emmanuel Masango, some of the staff members at The Salvation Army have even reported improved behavior in many of the kids since the partnership began.

“We started working on this partnership a couple of years ago, and it has been working wonders,” Masango said. “We see this partnership as an opportunity to not only allow the community to heal, but to also build a strong foundation for cooperation…[The kids] see the officers more as mentors to be admired than just enforcers of the law to be feared.”

By building meaningful relationships with these kids, Browder said she hopes to spark a desire in them to give back—and perhaps join the force one day.

With reporting by Samanta Jarosz