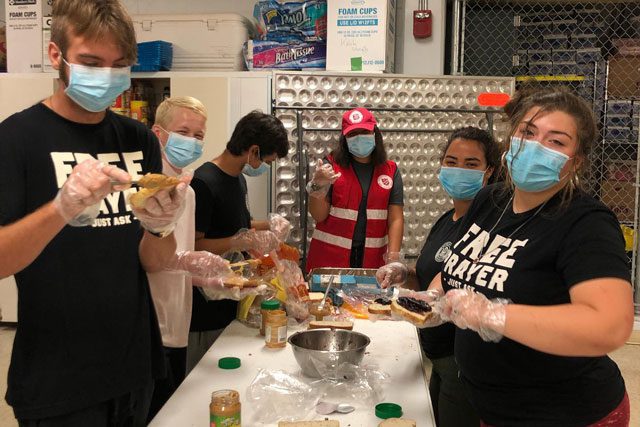 RevHI continues outreach to Oahu’s most vulnerable individuals during the COVID-19 crisis.

“Jesus can bridge a six-foot gap.” That’s the Revolution Hawaii (RevHI) mindset—and heartset—during the COVID-19 crisis and its mandated social distancing. The people whom RevHI serves—those living on the streets and in Oahu’s homeless communities—need the ministry now more than ever.

RevHi is a young adult discipleship program based at The Salvation Army Camp Homelani on Oahu’s North Shore. Delegates participate in either the full yearlong program, or a three-month program offered twice a year. Part of their discipleship training involves serving and building connections with Hawaii’s homeless communities, and developing relationships with individuals experiencing homelessness. These people are among the most vulnerable during the COVID-19 crisis.

RevHI is still functioning during the crisis, and Director Rob Noland said they are “doing pretty good” considering the current situation. The team lost several international members who returned home due to the pandemic; one young woman from New Zealand remains as the sole international delegate. Seven other members from the continental United States are also still with the program.

In addition to homeless outreach, the RevHI team assists Salvation Army corps on Oahu, and team members are helping the corps’ COVID-19 relief efforts by preparing and distributing food items. The group continues to minister to Chinatown’s homeless population on Sunday nights with a modified approach so as to avoid as much contact as possible. The group’s Sunday night outreach is well-known in the homeless community and team members have formed relationships with many living on the streets and in other homeless communities on Oahu. Their continued presence seems critical during this time of crisis.

“I got to see Royce,” delegate Sarah recently wrote. “She told me she cried the week before because she thought I wasn’t going to see her again. But I got to see her, and asked her how she was doing with all this. She was a bit scared, so I prayed with her and she prayed over the people on the streets.”

Some delegates noted the growing need for essential items in the homeless communities.

“[During] outreach yesterday, we saw the desperate need for food and for hygiene products,” delegate Ashlyn wrote. “Everyone was so grateful for food and it was nice to be used to answer prayers.”

Abby, another delegate, was impressed by a woman named Elena, who had only been homeless a short while and who knew a lot about God.

“We prayed together, talked some more and prayed again,” Abby wrote. “We gave her pizza, water, coffee, snacks, clothes and a hygiene kit. It was super nice to be able to give her so much and so cool because she gave all glory to God for it when most people go straight to thanking us for it.”

Several team members commented on the challenge of social distancing during outreach, while acknowledging its importance.

“This Sunday [March 29] we are going to use a van to drop off meals to our friends while trying to maintain a safe distance,” Noland said. Many of the voluntary organizations that helped with the homeless issue have stopped working so we are hoping to fill in those gaps.” He also said the team would assist the community Food Bank on March 28 since many of its volunteers are no longer able to help.

“Obviously, things are changing day by day and almost hour by hour,” Noland said  “So we could be doing much more in the next few weeks.”

Delegate Abram summed up the mission of Revolution Hawaii during the current crisis.

“Being able to go out and feed people in Chinatown and around the other communities we go to is really awesome,” he wrote. “I’m glad that we’re still being able to be a light to people—still being able to show people we’re out there for them and displaying Jesus and presenting the gospel to them.” 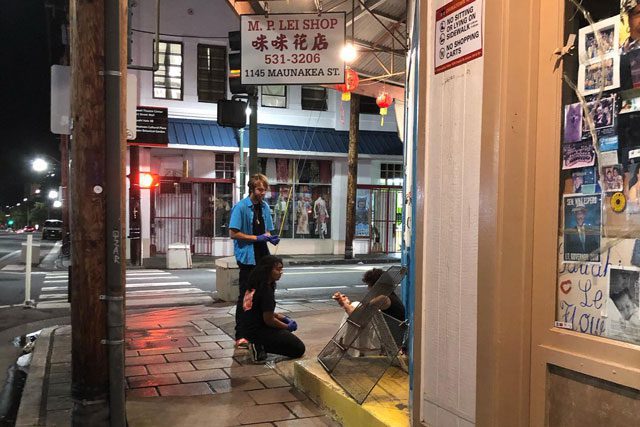 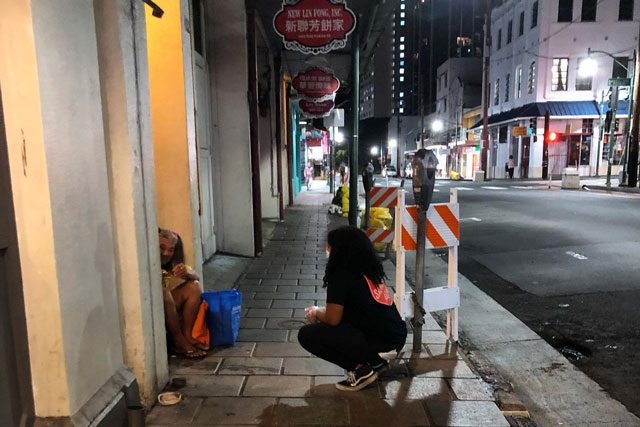 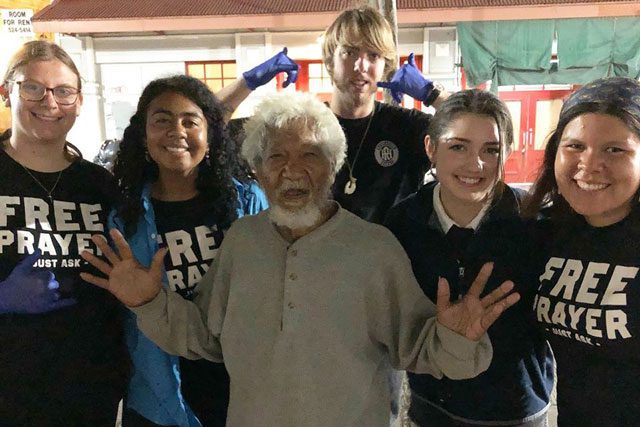 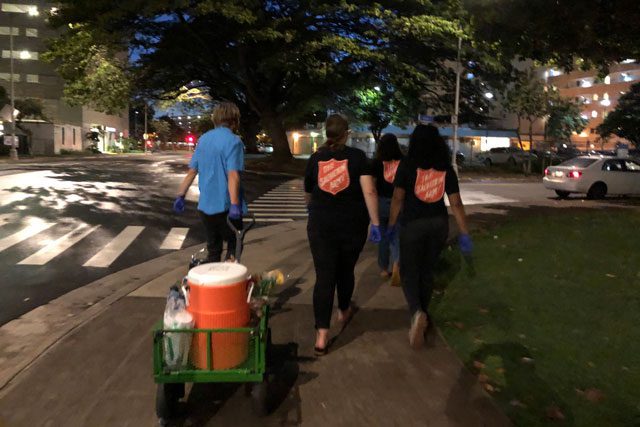 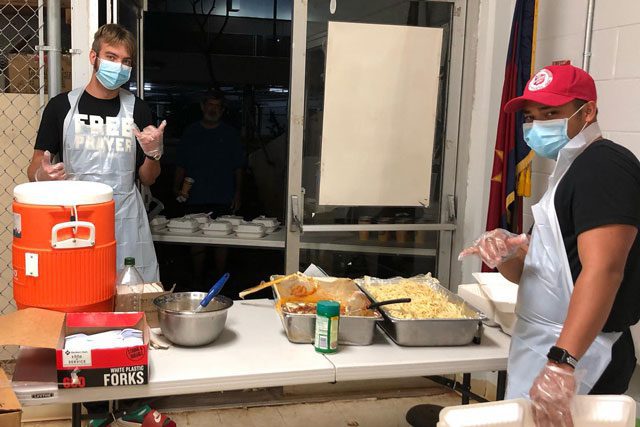