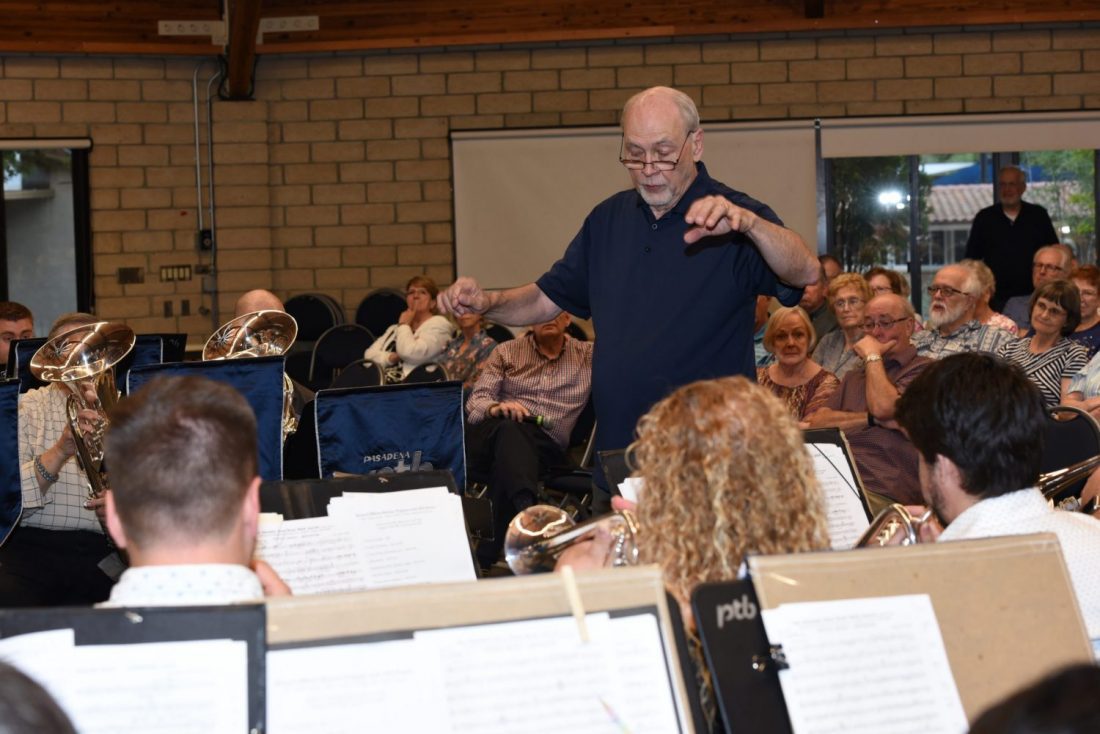 Retired officers from across the Western Territory gathered at Camp Mt. Crags in Calabasas, California, for the 2018 Salvation Army Western Retired Officers Association (SAWROA) retreat May 3–6. Colonel Terry Griffin, SAWROA president, welcomed special guests Commissioners Paul and Carol Seiler, who recently retired as leaders of the Central Territory, and Bandmaster William and Linda Himes, Central Territory Salvationists. William Himes is a well-known musician and conductor who led the Chicago Staff Band for many years; his wife, Linda, is a Bible teacher

“Jesus Christ is the same today, every day, and forever,” Griffin said in his opening remarks. “We may change, but Jesus never does.”

In his keynote presentation, Commissioner Paul Seiler portrays a young officer meeting the needs of the community in his first appointment.

Carol Seiler brought daily devotions in the morning and later, around the campfire, Paul Seiler gave the evening and Sunday morning messages. Linda Himes presented a “Kinsman–Redeemer” Bible study that focused on the redemption plan of salvation from the Old Testament through the Book of Revelation. William Himes led the retired officer band and songsters and shared stories about his compositions.

A Friday luau featured traditional Hawaiian food and music, plus a program presented by cadets from the College for Officer Training at Crestmont, who engaged attendees with Hawaiian trivia questions. Performers included the Torrance Corps’ hula team and Commissioner Doris Noland, who sang her original song about the Waioli Gardens on the island of Kauai. Earlier that day the group visited the Getty Villa museum in Pacific Palisades, where they viewed Greek and Roman artifacts dating back over 2,000 years.

During Saturday’s program, the three Order of the Founder members present at the retreat—Dr. Robert Docter, William Himes and Flinn—received special recognition.

For the first time, the Bible studies and evening programs were webcast live and may be viewed on the SAWROA Facebook page.

“Your leadership and spiritual teaching have made this an outstanding retreat,” Griffin told the Seilers and Himes at the weekend’s conclusion. “We have appreciated Bill’s insights to his compositions, and Commissioner Seiler has taken us to the throne of grace in his teachings.”