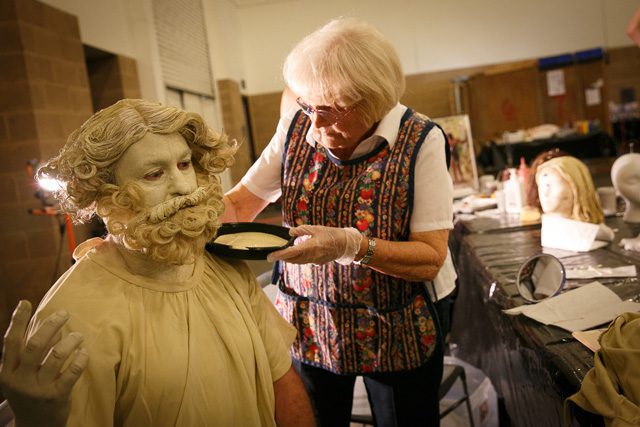 Pageant of the Gospel brings art to life at Commissioning

Over 100 volunteers worked to bring the presentation to the stage

Pageant of the Gospel lit up the stage June 9 during Commissioning weekend at the Pasadena Convention Center in Pasadena, California, with a unique presentation of colorful and intricate art, accompanied by vibrant music to literally illustrate the gospel to the audience.

“It’s a new way for the audience to experience some of the stories that are in the Bible,” said Martin Hunt, Territorial Assistant Secretary for Program. “We hope they will be challenged to reread those stories, and then continue to share and evangelize about the truths in the gospel.”

The artwork showcased included “Adam and Eve Driven from Eden,” a watercolor book illustration by Catherine Vos; “The Apostles: Peter, John and Paul,” marble sculptures by Bertel Thorvaldsen; “Woman at the Well,” a porcelain sculpture by Doccia Studio; “Come Unto Me,” a bronze sculpture by Rosalind Cook; “Divine Servant,” a bronze sculpture by Max Greiner; “Walking on Water,” by Brian Jekel; and “Christ at Heart’s Door,” an oil on canvas painting by Warner Sallman.

Some of the biblical scenes depicted in the art were Jesus at the well with the Samaritan woman, Jesus calling the little children over to him, Jesus washing Peter’s feet, and Jesus helping Peter out of the water. 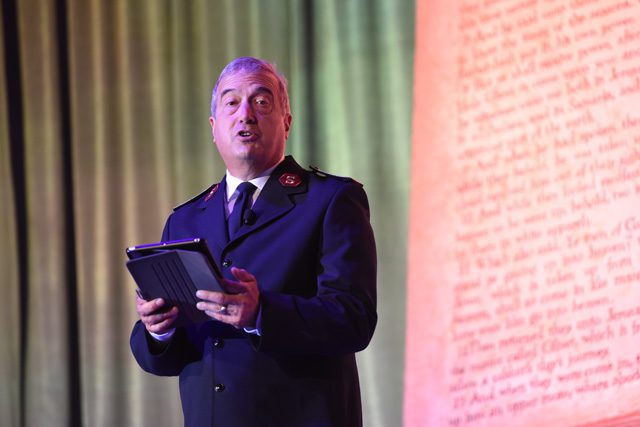 Lt. Colonel Lee Lescano, Territorial Secretary for Program, narrated parts of Pageant of the Gospel, and gave the message for the evening, based on the Commissioning theme, “Live It. Declare It.” He challenged attendees that as they saw the people in the art, to picture themselves in their place.

“Each of these images and, of course, their stories in the Bible represent a message that is intended to change our lives,” Lescano said.

Reflecting on the biblical figures shown reaching out to Jesus, Lescano stressed to the audience that God wants a relationship with them.

“I pray tonight you are determined above everything else to know Jesus Christ,” he said. “What Jesus wants from you is to know him.”

The finale of the presentation featured a skit of modern day people facing challenges who are introduced to the gospel, and spread the good news to others. Lt. Colonel Michele Lescano, Territorial Women’s Ministries Program Secretary, concluded the program by giving the benediction.

The program was a collaboration between Rolling HIlls Covenant Church and The Salvation Army Western Territory. It originated at the Rolling Hills covenant church over 30 years ago as Pageant of our Lord.

“We take famous Christian art and try to visualize how to blow it up to a scale of the human body and tell a powerful story,” said Brad Hicks, Pageant of our Lord art director at Rolling Hills Covenant Church. “It’s very intriguing, and yet the gospel is so clear. We glorify Jesus. That’s the purpose and the joy.” 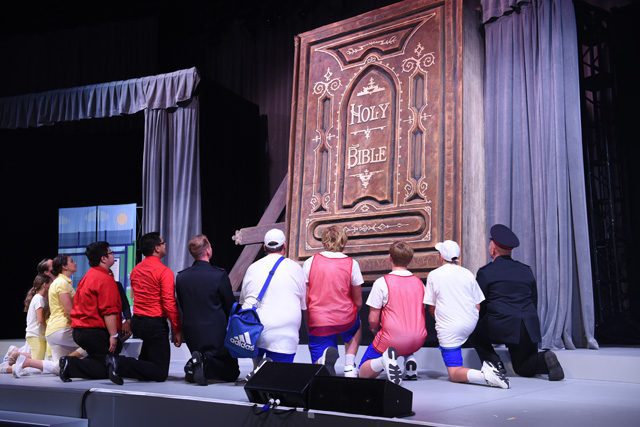 Artists of the Western Territory and Rolling Hills Covenant Church collaborated June 9 for Pageant of the Gospel, a showcase of intricate art and vibrant music illustrating the gospel. | Photo by: Ron Bawden

Behind the scenes, more than 100 actors, musicians, designers, makeup artists and more worked hard to bring this new experience to Commissioning.

“It’s amazing to see all the volunteers from Rolling Hills Covenant Church, who give their artistic time as makeup artists, designers and models to make these pieces of art come to life in a powerful way,” Hunt said. “Adding to that the members of the Staff Band and Songsters and the Creative Arts team, who spent time rehearsing and learning their music, is quite wonderful.”

To get ready, some of the models must first be sprayed from head to toe with a base makeup coat color. Makeup artists then apply the makeup, working in other colors. The process can take 40 minutes to over an hour, depending on the art piece the model is in.

The models also have costumes to change into, as well wigs and beards to apply.

“It’s a lot of work,” said Yvette Newnam, a volunteer makeup artist. “Everything has to be done so quickly.”

Jodine Tamble, makeup coordinator, said that all the work they put into it is for a greater purpose.

“The whole goal of this is to glorify God and to give a clear presentation of the gospel,” Tamble said.

The models are also excited to use their talents to evangelize.

Frank Newnam, who played a sculpture of Peter, cleared his mind and focused on the Lord to prepare for the piece.

“You just think about what it is you’re doing, and who you’re doing it for—to the glory of God,” Frank Newnam said. “That helps you maintain a peace.”

Amber Hicks enjoyed playing Eve in the painting of Adam and Eve.

“It’s really cool, especially since Adam and Eve were first two people in the Bible coming onto Earth, and it’s really cool to represent them,” she said. 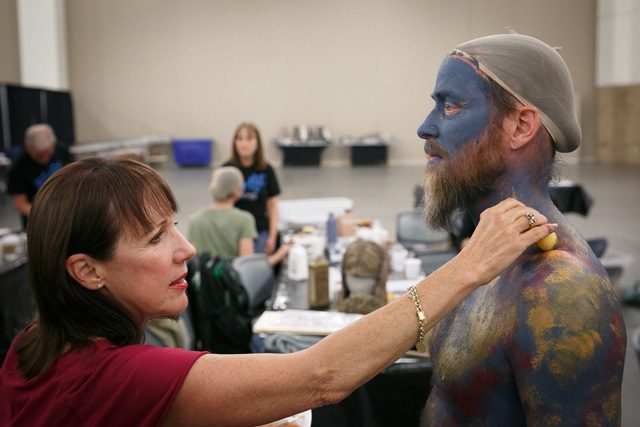 Seeing the final product is rewarding for Tamble and Newnam.

“It is really exciting just to see it all come together,” Tamble added.

Hunt was also amazed seeing the presentation on stage for the first time.

“It’s quite emotional to see all the pieces coming together,” he said. “When we started planning for this a year ago, we dreamt that we could take the art pieces that Rolling Hills Covenant Church use, and add a powerful script, music and some amazing visuals to help communicate the gospel. That dream came alive today.”

The hard work paid off, as audience members were also wowed by Pageant of the Gospel.

“It was an excellent event. It was very artistic and it was very different,” Ross said. “I liked the art that came alive, and I thought the music was awesome.”

“I liked the arts and how they were mixing it with the beautiful words of the songs,” Gilden said. “I learned there’s many ways to communicate the gospel.”

Hunt hopes the program leaves a lasting impact on attendees in their walk with the Lord.

“It’s an experience,” he said. “I pray that everyone will have a greater understanding of some of the power of the gospel, and, in particular, the love, forgiveness and change that God has for us.”