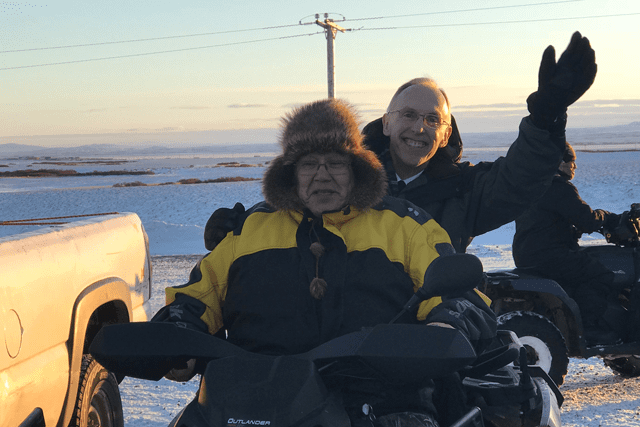 The Salvation Army joined the Alaska National Guard Dec. 5 for Operation Santa Claus, a tradition that brings Christmas joy to children living in Alaska’s rural communities. This year, the Army’s Western territorial leaders joined Santa, Mrs. Claus and about 30 elves on the excursion to St. Michael, Alaska. In the 50-plus years of the Army’s involvement in Operation Santa Claus, this is the first time a Territorial President of Women’s Ministries has participated and only the second time for a Territorial Commander.

An island community, St. Michael lies 125 miles southeast of Nome and has a population of about 400, mainly Yup’ik Eskimo. Residents were ready for Santa and his helpers, especially the village children who eagerly awaited their time with Santa. 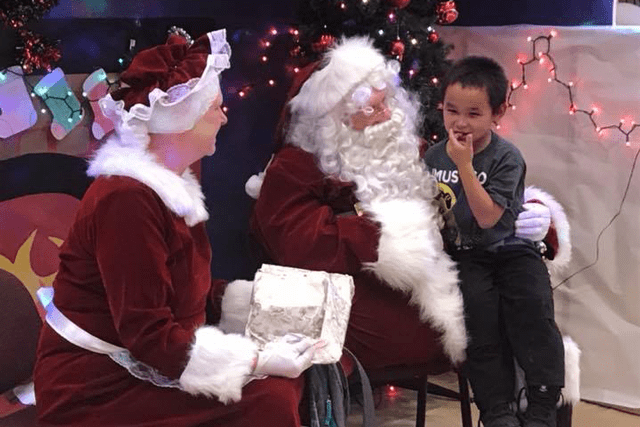 “This may be their only opportunity, so really you know they’re excited,” said Jenni Ragland, speaking to KTUU-TV of Anchorage. Ragland, who serves as Alaska Service Extension and Emergency Disaster Services Director and chair for the Operation Santa advisory committee, noted that unless they travel to cities like Anchorage or Fairbanks, most of the kids in Alaska’s remote communities won’t have the chance to visit Santa. 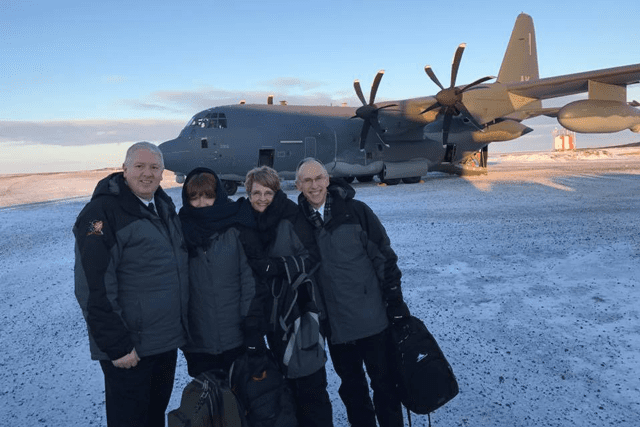 The team arrived on an Alaska Air National Guard new HC-130J Combat King II aircraft from the 211th Rescue Squadron. After the plane landed, community volunteers helped the Clauses and about 30 elves transport gifts and treats to the local all-grades school, where the Christmas event took place. School Principal Jon Wehde said the community had been looking forward to Operation Santa for months.

Children shared their wish lists with Santa, and everyone received presents, books, school supplies and ice cream sundaes from Tastee Freez. Gifts included hand-knit hats made by a women’s group in Florida who worked on them even during the hurricanes. 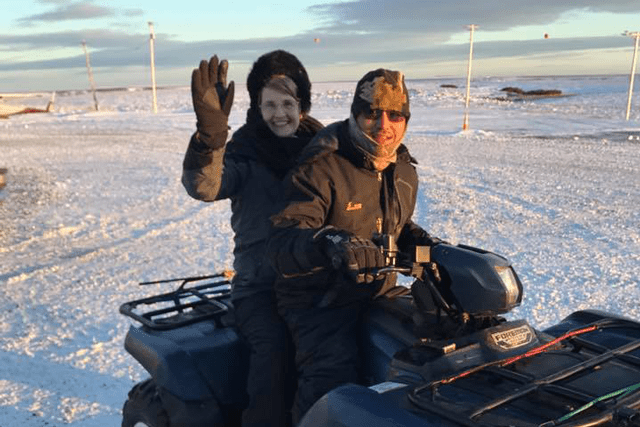 Commissioner Jolene K. Hodder, Territorial President of Women’s Ministries, said the experience reminded her of a quote from Desmond Tutu: “Do your little bit of good where you are; it’s those little bits of good put together that overwhelm the world.”

She acknowledged the cooperative efforts that make the event possible.

“The Army would not be able to serve those in need in these tiny remote villages without military transport and without the other partnering organizations,” she said. “All working together, Christmas miracles were made possible for God’s children in St. Michaels.”

And of course, the people served are what matters most.

“I was incredibly blessed too by the experience, as well as the smiles and hugs of those we served,” Hodder said. “I will never forget when one small child said to me as I handed him a gift, ‘Can I see your elf ears?’ He was expecting a miracle, and I did my best to give him one.”